Mid-Atlantic Thoroughbred | From Our Pages

It’s a bizarre world for this year’s 3-year-old crop. The adventures continued for the 52nd running of the Haskell Invitational at Monmouth Park.
Kicking off the second half of the season with a division still seeking a leader – after the first six months saw disqualifications, loose horses, and champions and classic winners falling by the wayside – the Haskell drew a solid field of seven, led by the most talked-about 3-year-old of the year, Maximum Security.
The Haskell had been moved up one week and a day from its traditional Sunday to accommodate NBC television coverage – as luck would have it, the new date, July 20, was a day of near triple-digit heat and high humidity that shut down every daytime track in the northeast, save one. 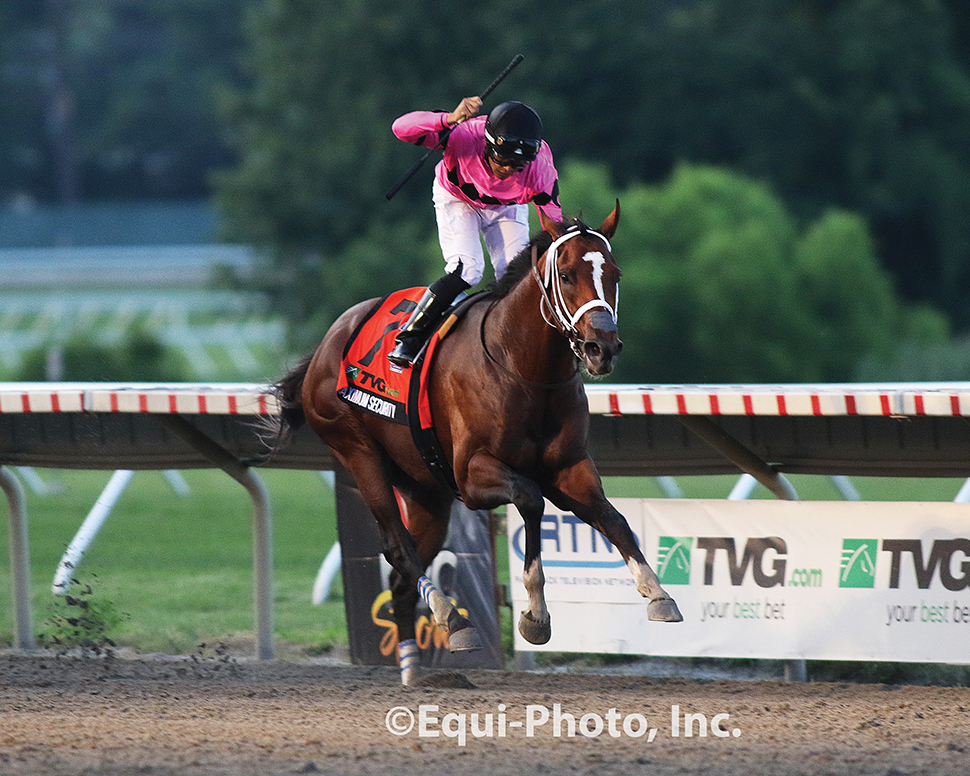 The poll is conducted by media members and others involved in the Thoroughbred industry and restricted to horses who have run in 2020 and were bred in Maryland, New Jersey, Pennsylvania, Virginia, West Virginia, Delaware, and the Carolinas.