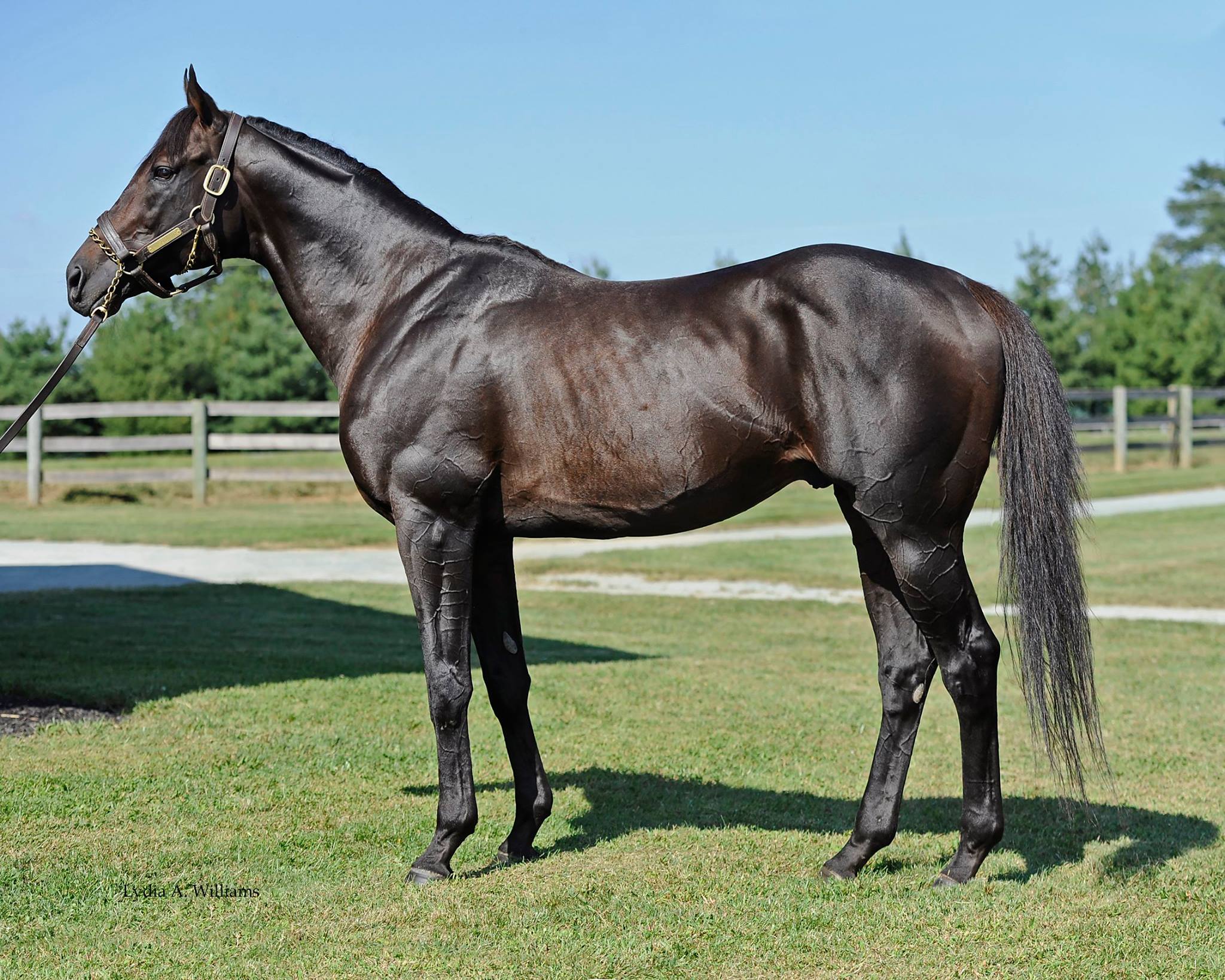 Pine Grove, PA - Peace And Justice, a three-time winning miler and the fastest son of top international stallion and emerging sire of sires, War Front, standing in Pennsylvania, will relocate to Blackstone Farm in Pine Grove, PA for the 2021 breeding season.

Peace And Justice is represented by first-crop two-year-olds this year. His top runners include LIKE A SALTSHAKER, winner of the Fitz Dixon, Jr. Memorial Juvenile S. and runner-up in the Awad S. at Belmont, who is now pointing towards the Pennsylvania Nursery Stakes.

In the sales ring, a juvenile filly by Peace And Justice sold for $70,000 at OBS April, a multiple equaling twenty times his stud fee.

On the racetrack, Peace and Justice ran three 95+ Beyer Speed Figures, including a Santa Anita allowance contest in dominant fashion by 5 ¼ lengths. Throughout his career, Peace and Justice defeated multiple graded stakes winners, including Grade 1 winner Drill. He earned “TDN Rising Star” status and ran 3/5 seconds off Horse of the Year WISE DAN's course record at Santa Anita with a wire-to-wire mile victory in 1:32.36 (22.47, 44.55, 1:08.05, 1:20.20) and just shy of the record set by Tourist in the Breeders’ Cup Mile.

Out of the winning Smart Strike mare Strike the Sky, Peace and Justice is a half-brother to G2 winner HUDSON STEELE. He is also half-brother to Lauren Byrd, the dam of Graded Stakes winner HAKAM and G1-placed dirt runner My Man Sam.

This family also includes Champion WHAT A TREAT and legendary foundation Coolmore sire BE MY GUEST.

Peace and Justice will stand for $3,500 LFSN at Blackstone Farm.