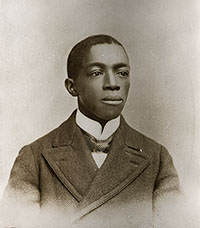 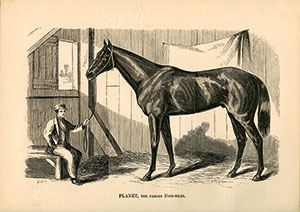 Two greats from yesteryear, jockey Anthony Hamilton and Virginia-bred Planet, have been elected to the National Museum of Racing’s Hall of Fame through the museum’s Historic Review process. Hamilton, born in Charleston, S.C., in 1866, was one of the finest riders of the 19th century, and rode for many of the era’s top owners, including Pierre Lorillard, Mike Dwyer, August Belmont Sr., August Belmont II and J.R. Keene. Among his mounts were Hall of Famers Firenze and Salvator, and champions Lamplighter and Potomac. Planet was one of the most dominant racehorses in the years leading up to the Civil War. Foaled at Major Thomas W. Doswell’s Bullfield Stable, the son of Revenue out of the Boston mare Nina campaigned for his breeder and established a career purse earnings record that stood for 20 years. When he retired in 1861, just five days before the bombardment of Fort Sumter launched the Civil War, he had earned $69,700 with a record of 27-4-0 from 31 starts. Known as “The Great Red Fox,” Planet was regarded by many turf experts to be second only to the mighty Lexington among the greatest American racehorses prior to the Civil War. The Hall of Fame ceremony will take place on Aug. 10 at the Fasig-Tipton sales pavilion in Saratoga Springs, N.Y.