It was nip-and-tuck, but Real Solution once again held off Miss Behaviour to earn the weekly honors as top Midlantic-bred. Indeed, the list was identical to the one conducted three weeks ago. 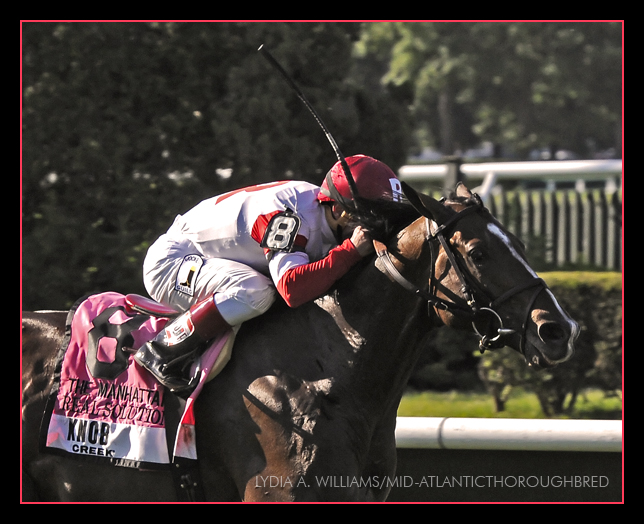 Pennsylvania-bred Real Solution, most recently sixth in the Grade 1 Joe Hirsch Turf Classic, is one of just two Grade 1 winners this season bred in the mid-Atlantic. The son of Kitten's Joy-Reachfortheheavens, by Pulpit, won the Grade 1 Manhattan and was second in the Grade 1 Man o' War, both at Belmont Park. He has earned over $1.3 million for his owners, Ken and Sarah Ramsey, who also bred him.

The region's other Grade 1 winner, Maryland-bred The Big Beast, remained in third place, just ahead of another Maryland-bred, Ben's Cat. The three-year-old The Big Beast has won his last three starts, culminating in a narrow victory in the Grade 1 King's Bishop at Saratoga. But he has not raced since. He is a son of Yes It's True-V V S Flawless, by Deputy Minister. He is trained by Tony Dutrow for Alex and JoAnn Lieblong and was bred by Green Willow Farms.

The list of seven runners includes four horses bred in Pennsylvania, two bred in Maryland, and one bred in Virginia. Five males and two females are among the top seven; three are three-year-olds.

This marked the fourteenth edition of the poll.

POLL LEADERS IN ACTION THIS WEEKEND
None.