We asked you to cast your vote for the Top Mid-Atlantic Moment of 2014, and almost half of you couldn't resist this photo of Down Town Allen, West Virginia's most accomplished race mare, with her namesake, Allen Casey. Down Town Allen won the West Virginia Breeders' Classic Stakes on October 18, and eight days later participated in three lead line classes at the Jefferson County 4-H Saddle Club horse show in Kearneysville, West Virginia. Down Town Allen capped 2014 with another win on November 15 in the My Sister Pearl Stakes at Charles Town, bringing her 2014 record to 6 wins in as many starts, 5 of those in stakes company at Charles Town.

Read more about Down Town Allen 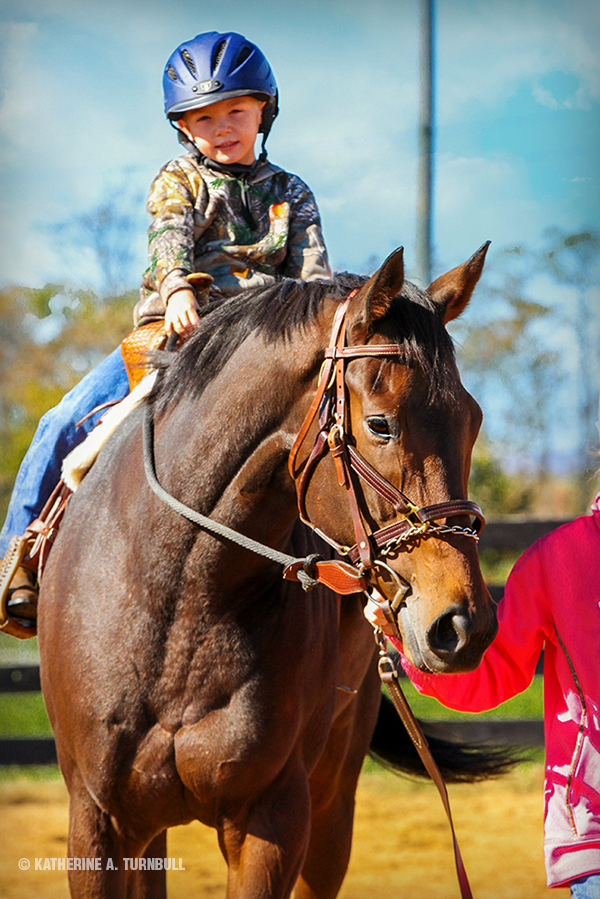 Here is the official breakdown of votes: 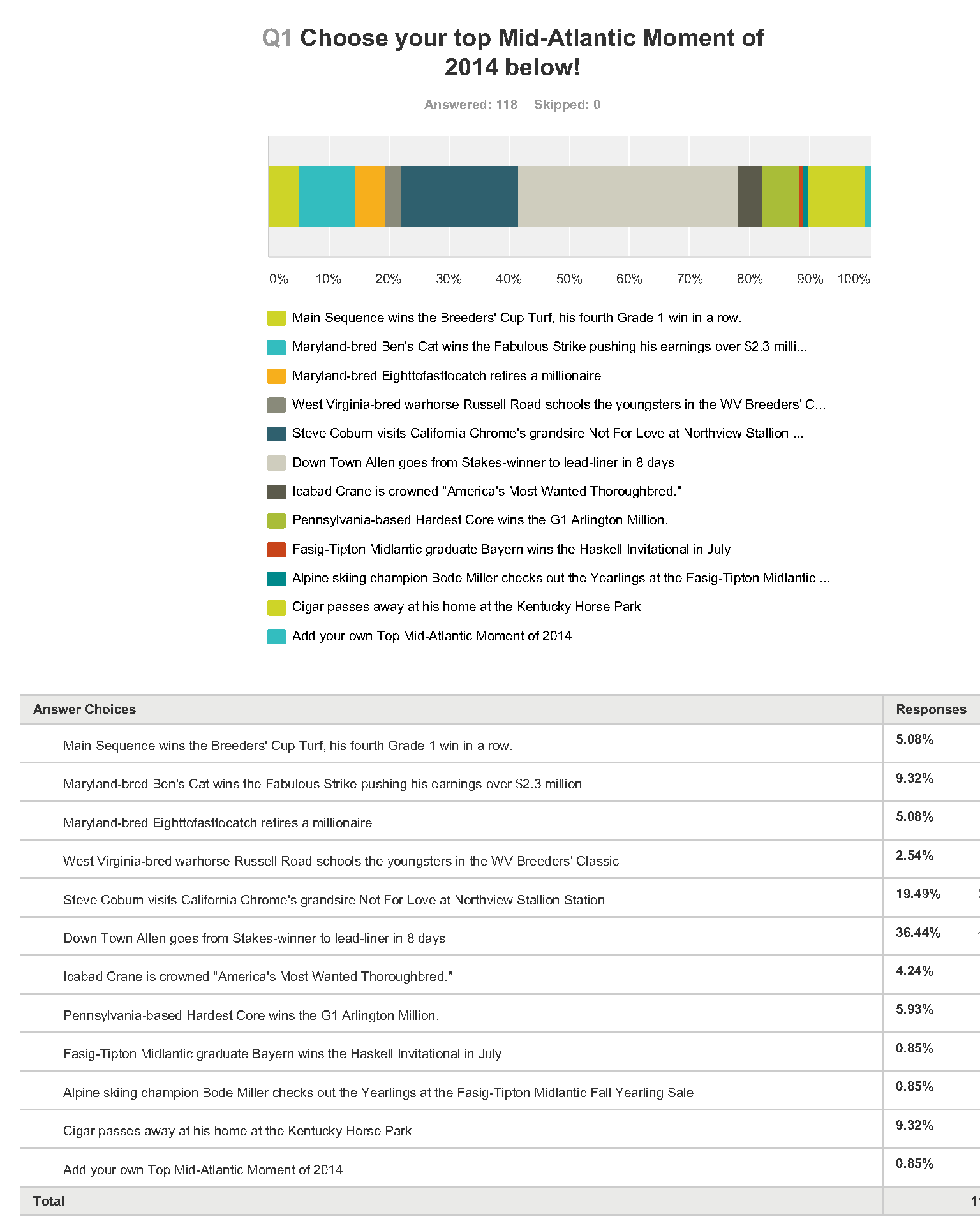 Thank you to everyone who cast their vote. Here's to many more great moments like these in 2015!