SARATOGA SPRINGS, N.Y. — Jockey Chris Antley, trainer King Leatherbury and the racehorses Lava Man and Xtra Heat have been elected to the National Museum of Racing's Hall of Fame in the contemporary category. The electees will be inducted into the Hall of Fame on Friday, Aug. 7 at 10:30 a.m. at the Fasig-Tipton sales pavilion. 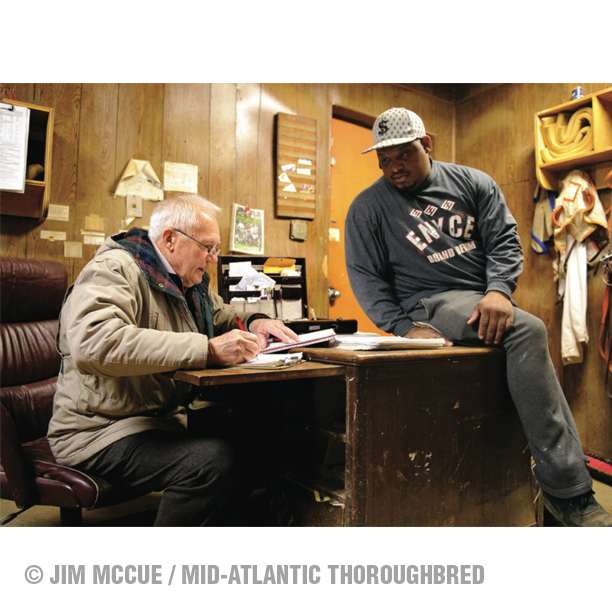 Leatherbury, 82, who was born in Baltimore, won his first race at Florida's Sunshine Park (now Tampa Bay Downs) in 1959 and currently ranks fourth all time with 6,454 wins. He has won 52 training titles in Maryland (26 each at Pimlico and Laurel) and four at Delaware Park with career purse earnings of $62,910,371. Leatherbury led all North American trainers in wins in 1977 and 1978 and won 300 or more races each year from 1975 through 1978. He ranked in the top three in North American wins each year from 1975 through 1980 and has finished in the top 10 nationally in wins 18 times and in earnings four times. Leatherbury has won 23 graded stakes races and 153 overall stakes.

In 1987, Leatherbury won the Grade 1 Hempstead Handicap with Catatonic and in 1994 he won the Grade 1 Philip H. Iselin Handicap with Taking Risks. Leatherbury also bred, owns and trains Ben's Cat, a winner of $2.3 million. Ben's Cat has won 22 stakes to date, including four graded events. Other top winners trained by Leatherbury include Ah Day (winner of 10 stakes) and Thirty Eight Paces (winner of six stakes). Leatherbury's graded wins include multiple editions of the Parx Dash, Turf Monster Handicap, Laurel Turf Cup and John B. Campbell Handicap. He has also won the Toboggan, Gardenia, Tempted, Woodlawn and Allegheny stakes, as well as the Snow Goose, Betsy Ross, Assault and Roseben handicaps.

A winner of seven Grade 1 races — more than any other California-bred in history — Lava Man posted a career record of 17-8-5 from 47 starts with earnings of $5,268,706. Among California-bred horses, only Hall of Famers Tiznow and Best Pal and 2014 Horse of the Year California Chrome have higher career earnings. Lava Man won three consecutive editions of the Hollywood Gold Cup (2005 through 2007), matching a feat Hall of Famer Native Diver accomplished from 1965 through 1967. Lava Man also won back-to-back runnings of the Santa Anita Handicap in 2006 and 2007.

Lava Man's other significant wins included the Pacific Classic, Californian, Sunshine Millions Classic, Charles Whittingham Memorial Handicap, Goodwood Breeders' Cup Handicap and Sunshine Millions Turf. In his first Hollywood Gold Cup victory, Lava Man won by a record eight lengths and earned a 120 Beyer Speed Figure. With his victory in the Whittingham in 2006, Lava Man became the first horse since Vanlandingham 21 years earlier to win a Grade 1 on both dirt and turf in the same year. Lava Man was also the first horse to win the Hollywood Gold Cup, Santa Anita Handicap and Pacific Classic in the same year (a feat since equaled by Game On Dude). 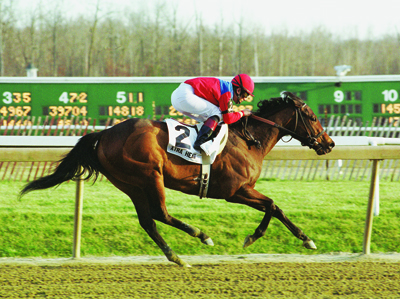 Xtra Heat (Dixieland Heat—Begin, by Hatchet Man) was bred in Kentucky by Pope McLean's Crestwood Farm and sold as a 2-year-old for $5,000 at Maryland's Timonium sale to trainer John Salzman, Sr. and partners Ken Taylor and Harry Deitchman.

The Eclipse Award winner for Champion 3-Year-Old Filly in 2001, Xtra Heat compiled a career record of 26-5-2 from 35 starts and earnings of $2,389,635. Xtra Heat won a total of 25 stakes races, 11 of which were graded events. She registered two six-race win streaks and had two victories in the Barbara Fritchie Handicap and Endine Stakes. Xtra Heat's wins included the Grade 1 Prioress (setting a stakes record of 1:08.26), as well as the Vagrancy and Genuine Risk handicaps and the Astarita and Beaumont stakes.

The contemporary electees were chosen from a nationwide voting panel comprised of 180 racing writers, broadcasters, industry officials and historians from a group of 10 finalists selected by the Hall of Fame's Nominating Committee. The top four vote-getters among the finalists are elected.
Results of the Hall of Fame's Historic Review and Pillars of the Turf committees will be announced in May.