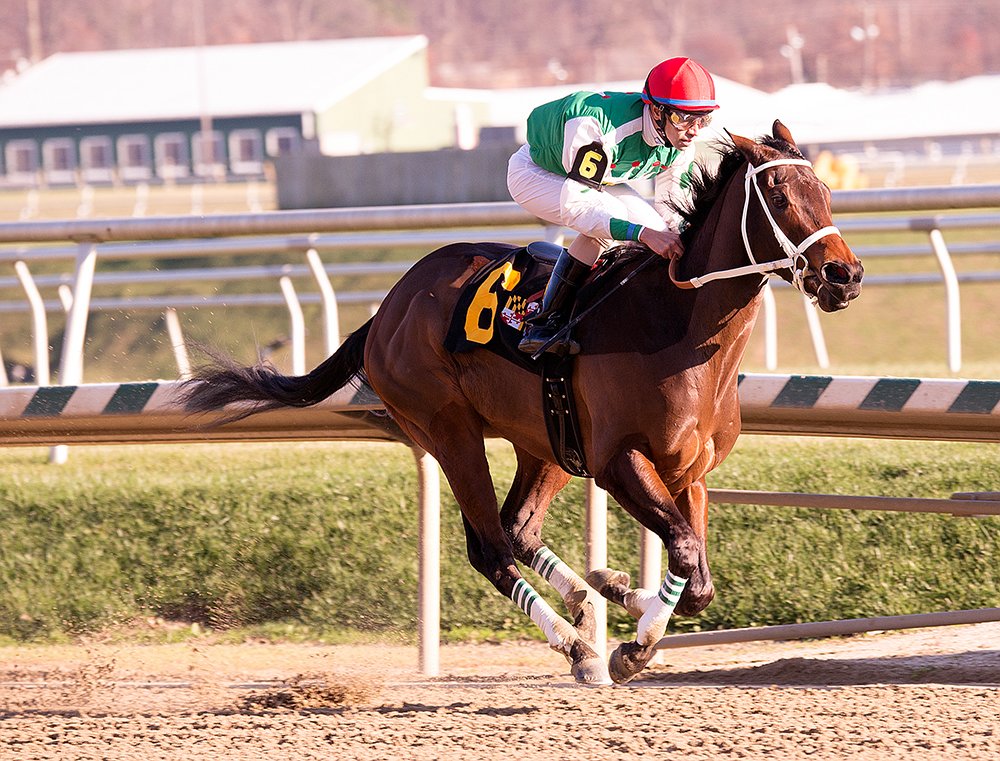 Super-soph Cathryn Sophia has grabbed the racing world’s attention with a quartet of flashy victories so far in her young career, and her exploits have earned her laurels atop the three-year-old division of the Mid-Atlantic Thoroughbred/The Racing Biz Top Midlantic-bred Poll for February.

This was the first edition of the monthly Top Midlantic-bred Poll.

Cathryn Sophia, a daughter of Street Boss bred in Maryland by Robert Manfuso, has won both of her 2016 starts. After thrashing local competition at Parx Racing and Laurel Park as a two-year-old, trainer John Servis took her south to Gulfstream Park to fish in deeper waters, and the results have been just as impressive.

Cathryn Sophia won the Grade 2 Forward Gal by over five lengths despite a troubled trip on January 30. Four weeks later, she blitzed the field in the Grade 2 Davona Dale, romping to a seven-length win and stamping herself one of her division’s best.

Just a $30,000 auction purchase, Cathryn Sophia is owned by Cash Is King LLC. She earned 58 points in the poll, well clear of Triple Crown contenders Mor Spirit, with 45 points, and Sunny Ridge, 39. This group, as well as fourth-place finisher Lucy N Ethel, are all graded stakes winners.

The six-year-old Eavesdropper gelding has won both of his 2016 starts, running his winning streak to four straight stakes races. Most recently, he lodged the first graded stakes win of his career, rallying to win the Grade 3 General George at Laurel Park by a head. He previously had won the Native Dancer over the strip in early January and has won 16 of 43 starts in his career with more than $1.1 million in earnings.

Page McKenney is trained by Mary Eppler for owners Adam Staple and Jalin Stable and was bred by Dr. James Bryant and Linda Davis (the “Ja” and “lin” of Jalin Stable).

He was the voters’ narrow choice over Virginia-bred Valid, whose resume this season includes a pair of runner-up finishes in graded company. Valid, trained by Marcus Vitali for Crossed Sabres Farm, was most recently second to Mshawish in the Grade 1 Donn Handicap at Gulfstream Park.

Five of the top 10 horses were bred in Pennsylvania, while two each were bred in Maryland and Virginia. One was bred in New Jersey. The list includes seven males and three females.