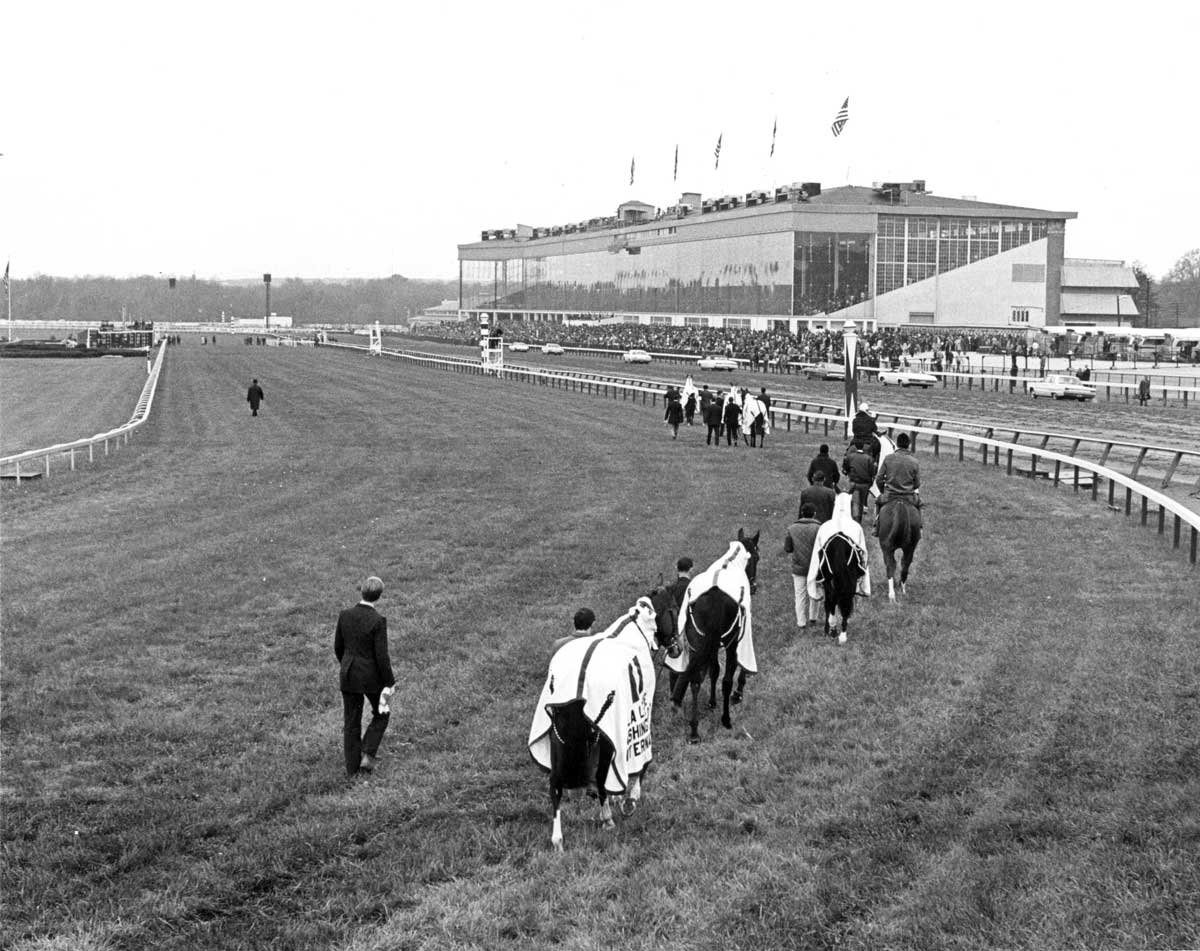 No one event solidified Laurel Park’s place in racing history more than the Wash­­ington, D.C., International. Now, a bill that would help resurrect the Washington D.C. International has sailed through the House 137-0 after passing the Senate 46-0 last month.

The bill, which only needs the signature of Maryland Governor Larry Hogan to become law, would give $500,000 for three years to the Maryland International, a turf race to be contested at Laurel Park.

In late 1950, Morris Schapiro, a Latvian immigrant who made a fortune with his Baltimore-based scrap metal business, Boston Iron and Metals, purchased Laurel and turned the reins over to his son, John D. Schapiro. At the age of 36, the younger Schapiro brought renewed energy to running the track. More importantly, he had a vision.

In an interview in The Maryland Horse in December 1991, Schapiro recalled his introduction to running the track, and his desire to bring Laurel into prominence to rival Pimlico’s.
“I knew enough about racing to recognize that every track needs one premier event. Pimlico has the Preakness, Churchill Downs has the Kentucky Derby, Santa Anita has the Santa Anita Handicap, and so on. We had to search for an event at Laurel,” said Schapiro.
With its proximity to the nation’s capital, and with a number of former ambassadors on the track’s board of directors, Schapiro came to a realization: “Laurel seemed like a proper setting for an international race.”

The Washington, D.C., International debuted in October 1952. When Schapiro announced that summer that a $50,000 turf race, an invitational affair meant to attract horses from around the world, was to be staged, The Maryland Horse eagerly pronounced: “Maryland delivered its strongest punch to date in its ever-increasing fight to regain racing prominence and at the same time thrust itself solidly into the world-wide turf picture. . .”

As the October 18 race date drew closer, Don Reed of The Maryland Horse described the growing excitement: “There has never been anything like it in the United States, much less Maryland. Scheduled to be held from a walkup start and under weight-for-age conditions, the International is slowly taking on all aspects of one of the world’s great sporting classics. And well it might be.”

This was the age when air flight was growing in acceptance, but transcontinental shipping of horses was still in its infancy. And previous unfruitful attempts by foreign horses who shipped to the U.S. posed a stigma that needed to be overcome.

Schapiro issued numerous invitations–in­clud­­ing dozens to foreign-based runners that included all-expenses-paid trips for the horse, trainer, jockey and groom–and seven starters went to the post for the inaugural edition. Recalled Schapiro: “The first running was really an eye-opener for the press. There wasn’t a handicapper in the country who gave the foreign horses a chance of finishing in the money. But an English horse [*Wilwyn] won it; an Ameri­can [Ruhe] finished second; an English horse [*Zucchero] finished third; a German [*Neiderlander], fourth. That had to be one of the most gratifying experiences; it was the start of the whole international process.”

In coverage of the race, Reed noted: “In the parlance of the two-dollar bettor, John D. Schapiro and his associates at Laurel played a 1,000 to 1 shot and got it home on the front end.”

During its run, the International brought together runners representing 25 nations, including those from the U.S.S.R., Hungary, Sweden, Venezuela, Singapore, Uruguay and Japan. The end came in 1994, when competition from the Breeders’ Cup–an event that grew with international competition–made the race virtually obsolete. Here are a few photos from our archives.