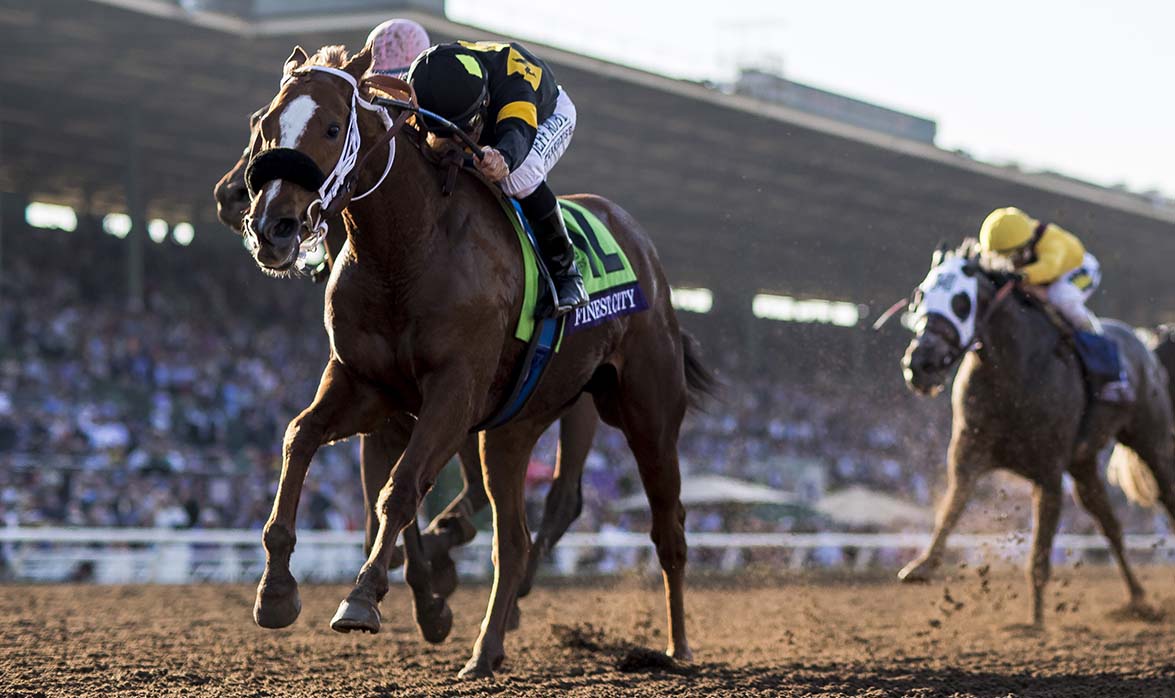 Hank Nothhaft hoped last weekend’s Breeders’ Cup Filly and Mare Sprint-G1 at Santa Anita Park would be the perfect place for his Living The Life to retire a winner on racing’s biggest stage.

The multiple graded stakes-winning Irish-bred mare suffered an injury in the days leading up to the Filly and Mare Sprint and was forced to miss race, but all was not lost for Nothhaft and his HnR Northhaft Horseracing operation.

Nothhaft was still represented in the Filly and Mare Sprint by Finest City, a daughter of City Zip he bred in Pennsylvania, and she took the sting away with a hard-fought victory over defending champion Wavell Avenue.

Nothhaft watched the race with his wife from his home in Saratoga, Calif., and beamed with pride Monday afternoon as he made his way from the West Coast to Lexington for the start of the November mixed sales.

“Honestly it rates way up there,” Nothhaft said on a layover in Dallas. “I don’t want to give it an exact number, but certainly as far as racing and breeding goes it’s top five for me.”

Finest City carried the torch for the Mid-Atlantic region and did it with distinction.

Ridden by Mike Smith, Finest City tracked the pace set by Gloryzapper and Paulassilverlining early before taking the lead into the stretch. She shook off her rivals in the stretch, opened a half-length advantage at the eighth pole and looked to be in jeopardy of losing the lead in deep stretch as Wavell Avenue bore down.

Smith kept Finest City together, urged her home left handed and they held off Wavell Avenue to win the 7-furlong stakes in 1:22.37 for her first Grade 1 and second graded stakes victory. Finest City prepped for the Breeders’ Cup in back-to-back graded stakes on the grass in California, including a game second to Avenge in the John C. Mabee Stakes-G2 at Del Mar Sept. 4 in her most recent start.

“The old handicapping angle of ‘turf to dirt’ and a long turf race to a middle distance sprint is really a good way to get a horse ready for a race like this,” Smith said. “They learn to relax a little better and it’s easier on them.” 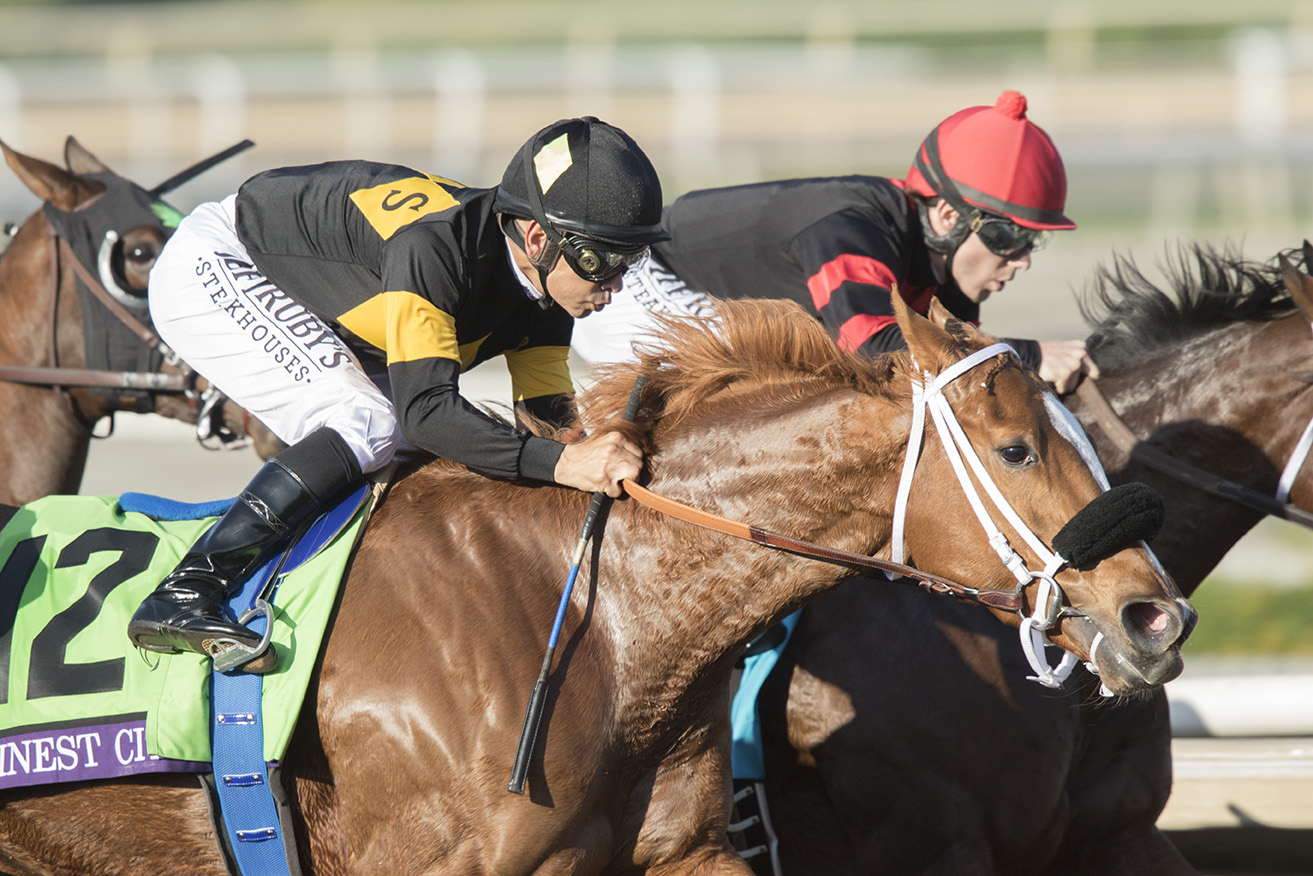 Nothhaft purchased the Lemon Drop Kid mare Be Envied, carrying Finest City in utero, for $37,000 at the 2011 Keeneland November breeding stock sale. He worked with Carl McEntee, who formerly worked at Northview PA and now works at Darby Dan Farm in Kentucky, on the purchase.

Nothhaft sold Finest City as a weanling at the 2012 Keeneland November sale. Prospective buyers flocked to the filly initially and her breeder hoped she’d bring upward of $150,000. Minor issues on her presale radiographs eventually cooled some of the buyers’ initial interests and she sold for $50,000 to Cobra Farm. Finest City sold again 10 months later, going for $85,000 to her current owners, at the Keeneland September yearling sale.

Be Envied was originally purchased with the thought of breeding her to the late Silver Train, a son of Old Trieste that Nothhaft owned and stood at Northview PA. He did breed Be Envied to Silver Train and she produced a filly named Move before the sire died of colic in December 2013 after standing in the Southern Hemisphere.

Be Envied delivered another win for Nothhaft the day after the Breeders’ Cup when her 2-year-old Tale of the Cat filly Grand Prix broke her maiden in her fourth start at Golden Gate Fields.

Nothhaft relished that victory, along with several others on Breeders’ Cup weekend that bolstered his breeding program.

“Given my horses and who I’m planning on breeding to, it couldn’t have been any better,” he said. “I have a Gio Ponti, and a Gio Ponti won with Drefong. I have a Pioneerof the Nile and I’m considering him as a the breeding choice for Living The Life and Kindle, another mare I own. He won with Classic Empire. I have a Tiznow colt on the ground and Tourist won. I’m a City Zip maniac and Finest City won.