Lazy Lane Farm’s Hansel, winner of the Preakness and Belmont Stakes, and subsequently Eclipse Award winner as champion 3-year-old colt of 1991, was euthanized June 13 at his owner’s farm in Upperville, Va. due to the infirmities of old age. He had been pensioned from stud duties in 2012.

At 29, he was the oldest Preakness winner – a milestone that now passes to 1997 winner Silver Charm – and the oldest winner of a Triple Crown race. A. P. Indy, who won the 1992 Belmont Stakes, takes over in the latter category. 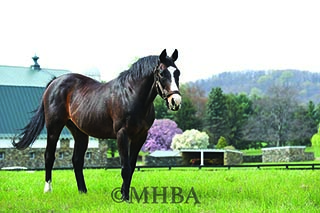 Bred in Virginia in 1988 by Marvin Little Jr., Hansel was purchased by Joe Allbritton’s Lazy Lane Farm at Keeneland’s 1989 September Sale for $150,000. After initial breaking at Lazy Lane, he received further training at Two Creek Ranch in Texas under the tutelage of Cheryl Mallow (Asmussen) before joining Frank Brothers’ stable at Arlington Park in Chicago, where he won his first race in June of his 2-year-old year. Hansel won the Grade 3 Tremont at Belmont Park in his next start in July, then placed in the Sapling at Monmouth, and Grade 1 Hopeful at Saratoga. He returned to Chicago to finish his 2-year-old season with a win in the Grade 2 Arlington-Washington Futurity. 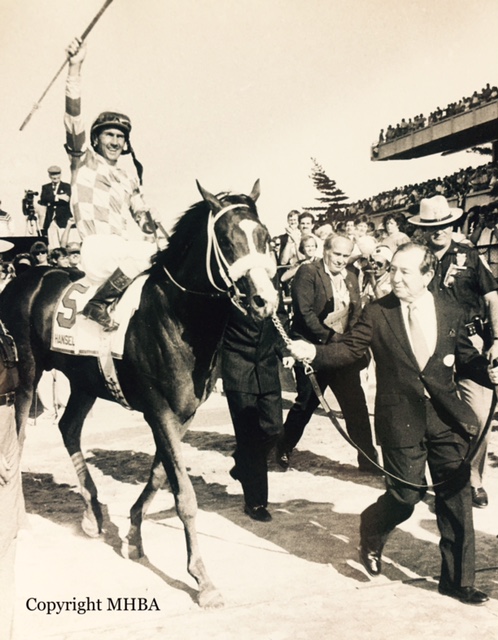 Hansel’s 3-year-old season began with two starts at Gulfstream Park – a fifth in the Fountain of Youth, followed by a third in the Florida Derby. Shipped north for his next race, he annexed the Grade 2 Jim Beam at Turfway Park in track record time under new rider Jerry Bailey, who would remain aboard for the rest of his racing career. Next came a 9-length win in the Grade 2 Lexington Stakes at Keeneland, which resulted in favorite status for the Kentucky Derby, where he finished 10th.

The Preakness saw Hansel run out to a 7-length win in 1:54 for 1 3/16 miles, still one of the 10 fastest in history. Hansel then took the Belmont by a head over Derby winner Strike The Gold, earning a $1 million bonus for the Triple Crown Series. 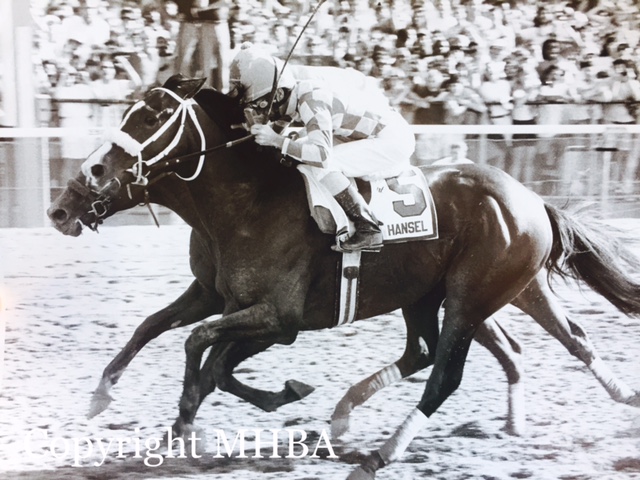 Hansel later finished third in the Haskell at Monmouth before ending his career with a game second to Corporate Report in the Travers, finishing with an injured tendon which forced his retirement, with total earnings just more than $2.9 million. Sold to Gainsborough Farm in Kentucky at the end of his racing career, he stood five seasons there, and two seasons at Questroyal Stud in New York before being sold to Japanese interests for stud duty there.

In 2005 Hansel was re-purchased by Allbritton, and returned to Lazy Lane Farm in Virginia to live out his life, breeding a few mares privately before being pensioned in 2012. He sired five group/graded winners, including French Group 1 winner Loving Claim, and multiple graded winner Guided Tour, who earned more than $1.9 million. He is also the broodmare sire of five group/graded, including Grade 2 Swale Stakes winner Sharp Humor. 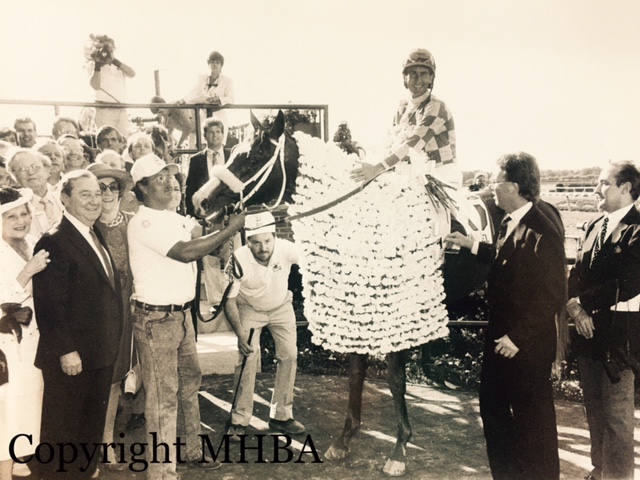 Lazy Lane Farm’s general manager Frank Shipp said of Hansel, “He was a very talented racehorse, and a consummate gentleman on the farm. He gave so much to us, and to his fans. We will all miss him dearly.” 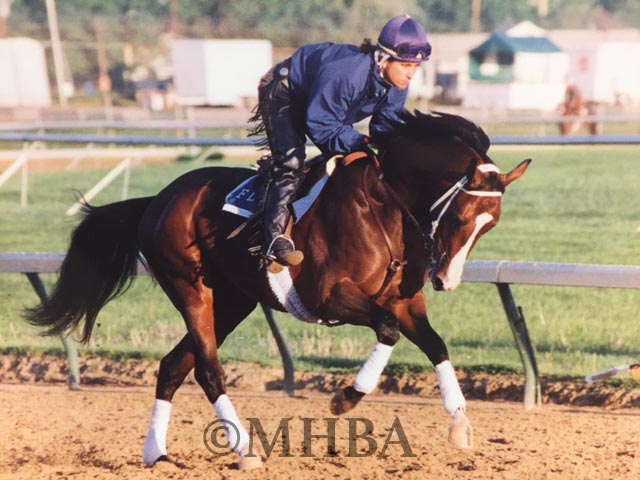 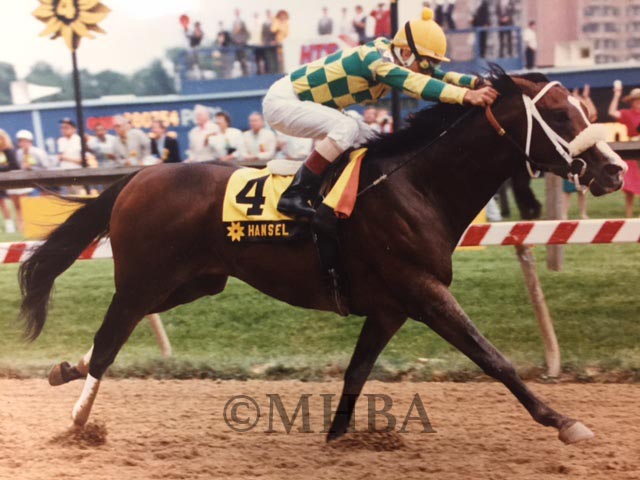 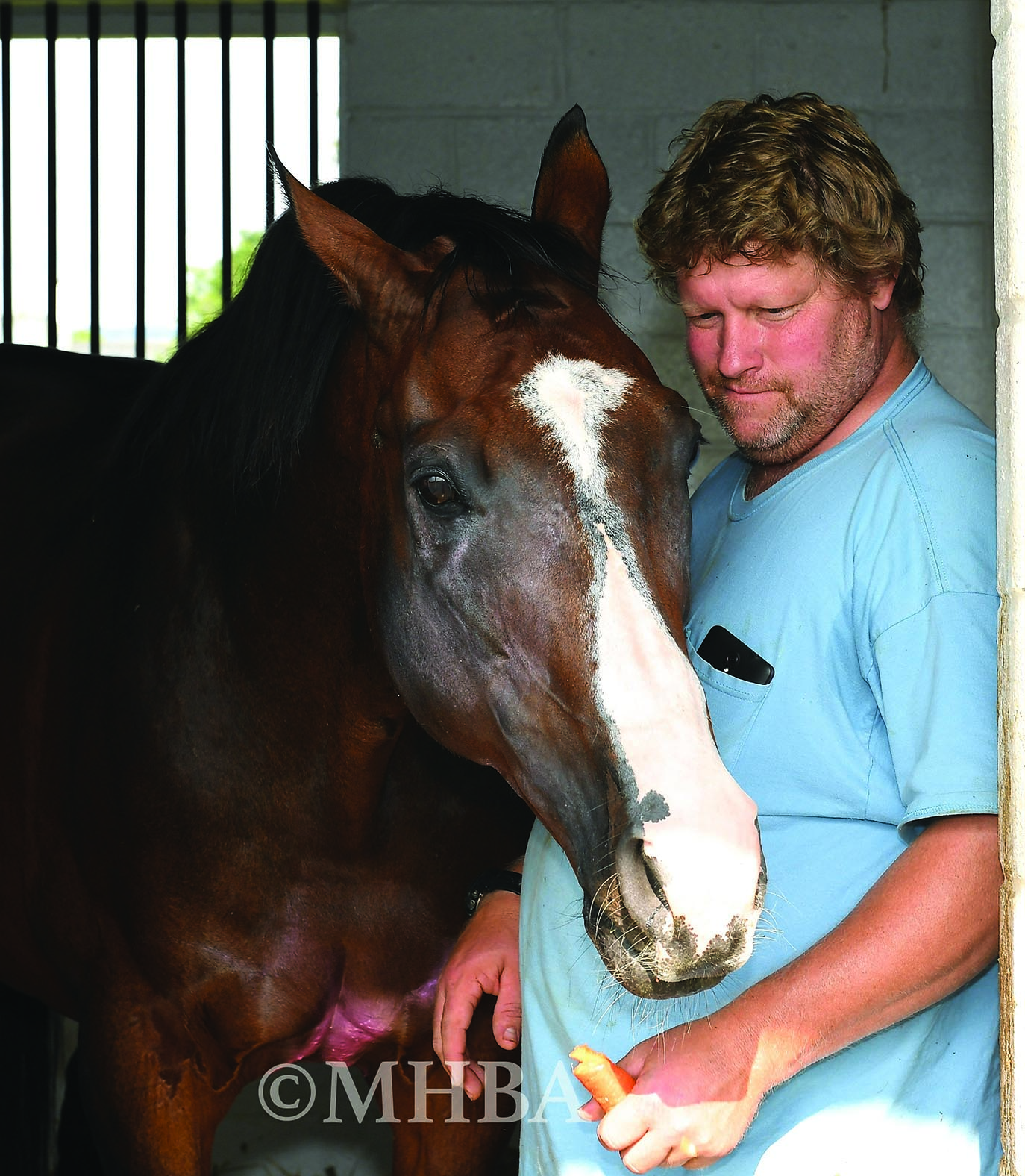 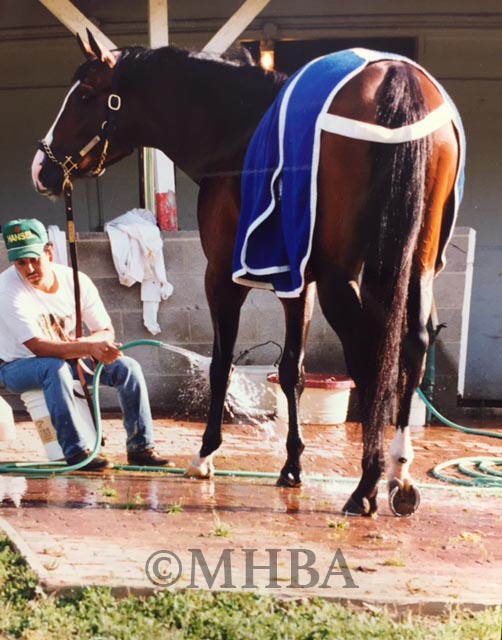 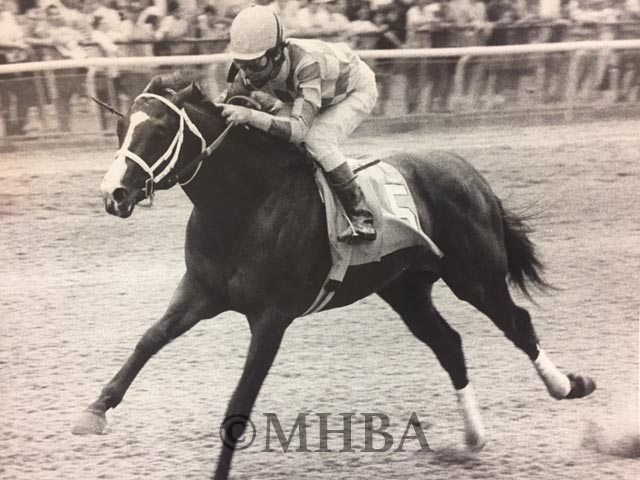 For More on Hansel:

Hansel finds his way home in the Preakness

Hansel’s home, and so much more