“There was something extra about him. He was more than the average race horse.” Speaking from his office at Elloree Training Center in South Carolina, Franklin “Goree” Smith described Done Talking, the colt that has given his brother Hamilton Smith his first Kentucky Derby starter. “He did some things in his works; when you pushed the button on him, I mean, he just gave you a little something extra. 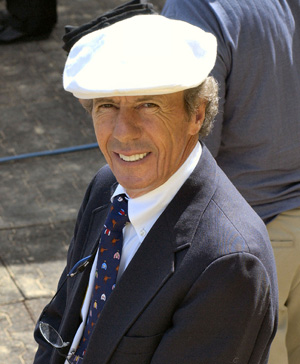 Just like Dullahan – he was the same way. He was a big old gangly colt, but whenever you said ‘let’s go,’ he’d move. They were down here at the same time, in the same barn together, and they trained together a lot; worked together some. They were confident and always did things well. You knew you were dealing with something a little better than just a horse. El Prado Again (winner of the 2011 Remsen) was in that group too. There were just three or four of them that were a little bit above the rest of the crowd we had. They acted like they wanted to be, anyway. Thank God they stayed sound, and Hammy and Dale (Romans, trainer of Dullahan) have done such a great job keeping them together. They got lucky, and now there they are.” Elloree Training Center graduates have made it to Louisville before - most notably Paddy O’Prado, who finished third in 2010 for the same connections who send out Dullahan this weekend. It’s been gratifying for Smith to follow that colt’s progress, as his relationship with Dale Romans and Donegal Racing goes back many years. But having his younger brother Hammy at Churchill this year strikes a much deeper chord. “All these years, and that’s going all the way back to when we first got started in the 60s and 70s, you always think that maybe someday you’ll get your hands on one, and that something will come around. To get to that level, it really takes a special horse. There are so many things that have to work out and fall into place. Just like with Hammy, he’s never had a shot to get his hands on many horses that might be of that quality. So the fact that this colt just came along and showed up, well it’s hard to imagine. Good God, he’s gonna take this horse to the Derby!” When reminded that he has the opportunity to perhaps stand with his brother in the winner’s circle on Saturday, Smith seemed as though that realization hadn’t yet dawned on him. “Well it’s a shot anyway, darn right. Well hot damn. That would be somethin’ else.”