Plenty more in store for Murray

“More everything,” he said in early October, a few days after the passing of his boss and client for almost 30 years Howard Bender. “More bike riding, more sleeping, more traveling, more going out and seeing things . . . I’ve got a whole list of more things I want to do.”

Murray, who turns 63 in December, will retire once the last of the Bender horses are sold or stop racing. It could take a few months, maybe a year or more. The 2015 yearlings were sold. Their dams will soon follow. Two-year-olds and some others in the pipeline–in Murray’s barn at Laurel Park and at Glade Valley Farm near Frederick, Md.–will head to the track before they too get sold.

Murray likes some of those 2-year-olds, and hopes he gets to run them for a while, but he will soon no longer be a trainer. And he’s OK with it. He and his wife Janice have three grown children and look forward to a little less racetrack.

“It’s been 40 years of leaving parties at 9 o’clock and not taking vacations and not taking days off,” he said. “We’ve got a lot of things we want to catch up on.”

A board member with the Maryland Thoroughbred Horsemen’s Association and Maryland Horse Breeders Association, Murray isn’t exactly going off to the country club however.

He’s kept an eye on horses for the better part of 50 years–working summers at Belmont Park, working for trainer John Russell and the Phipps Stable, working for Murty Brothers horse transport, getting hired at Glade Valley (then a commercial breeding farm) in 1979, taking on the Bender horses as a private trainer in 1988.

Eras are difficult to define, but call it the end of one for sure. Bender and his wife Sondra (who died in 2012) built Thoroughbred royalty with Murray–fueled by classy broodmares at Glade Valley and success on the racetrack. Jack Bender was a partner in Glade Valley Farm in the 1960s, but didn’t bring his son into the business. Howard found his own way, first by making the acquaintance of Sam Rubin (owner of racing legend John Henry).

Murray piloted the venture and went along for the ride.

“We were tremendously lucky to have him,” Murray said of Bender. “Nobody didn’t like Howard Bender. He was just a great guy and he helped everybody. When we were rolling, it was a treat. They’d take friends with them, they’d invite me to come along. We went to Saratoga, we went all over.”

Much of the success was fueled by homebreds, including the fortuitous purchase of Foufa–whose family tree is still extending through winner’s circle photos.

“My favorite horse was Foufa’s Warrior,” Murray said of Foufa’s son by Jade Hunter. “He was a big, kind of gangly guy who had some issues. He wouldn’t come out of the gate at all when we first started.” 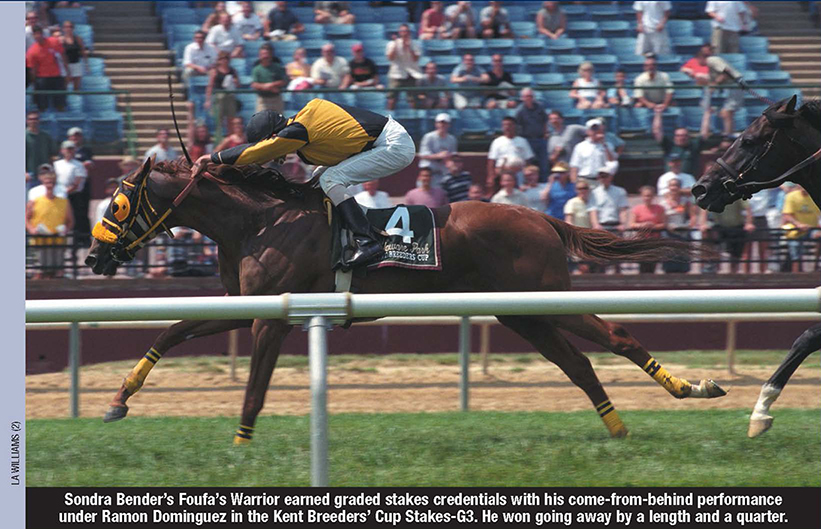 The chestnut didn’t make his first start until late November of his 2-year-old season, but learned his lessons well enough to win his first two starts. At 3, he finished third in the Grade 2 Illinois Derby, took the team to the Preakness and won Delaware Park’s Grade 3 Kent Stakes.

“When he won the Maryland Juvenile, it was probably the best picture of the Benders I ever saw,” said Murray of an often-used close-up of the couple. “When he won the Kent, my dad was with me. He lived in New York and didn’t get to see many races. He was standing right next to me and that was special. I tell people that horse was my favorite but he didn’t win many races [four in 39 starts, along with 19 seconds and thirds], but there was more to it.” 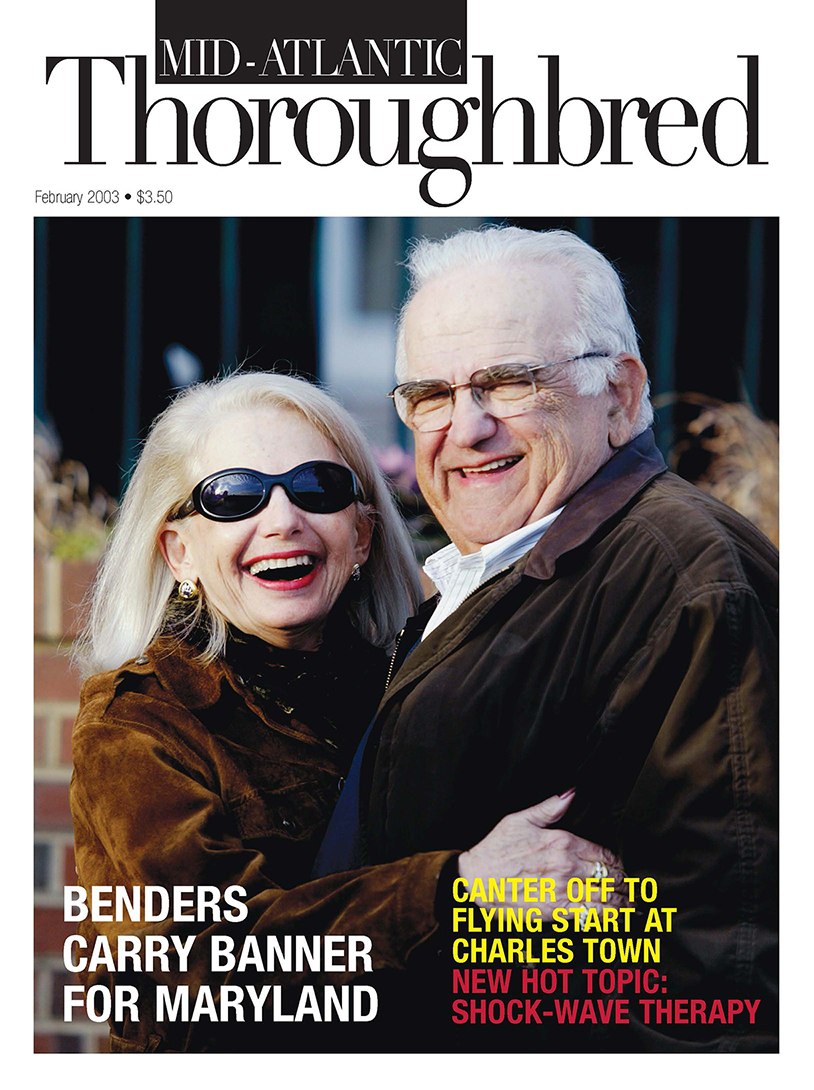 There always is. No matter what you do with them, Thoroughbreds make a life. You work all day in a barn, and take responsibility for the animals, like Murray did for so long, milestones like seeing the Benders celebrate or watching a stakes win with your father become part of you. Murray could keep training for as long as he wants, he’d get clients and have success.

But it wouldn’t be the same.