If you can’t be everywhere, be somewhere 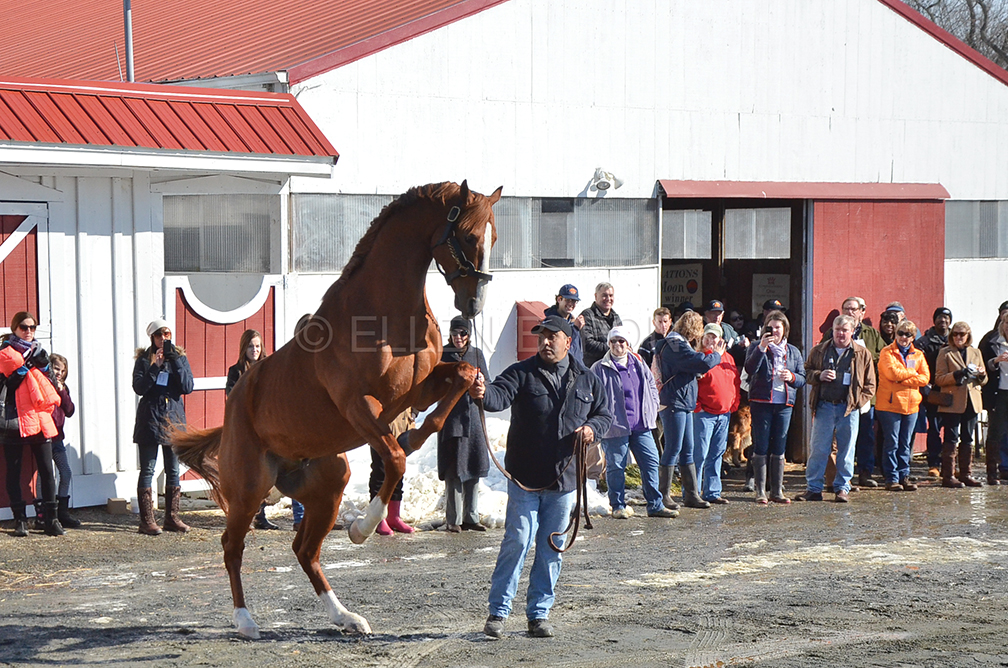 We’re all in this together. Don’t forget that. We’re all tied to horses and races, slot machines and political agendas, regulatory decisions and public opinions, foaling dates and stud fees, hay crops and gas prices, handle figures and stock indexes?–?all the things that make the Thoroughbred game what it is.

Together, we make up an industry that goes in all directions and pulls at participants. Stuff happens at the same time, all the time. Work gets in the way. Horses foul up best-laid plans. Schedules get made, and remade.

Never was this more evident than over the winter. Tracks and farms and, hey, magazines dealt with more weather than NASA, all the while trying to card races, stand stallions, take care of horses and make (or miss) deadlines.

From Grantville to Charlottesville, snow removal became a thing. So did frozen pipes. And like it always does, the story repeated itself all over the region.

Invariably, the activity forces decisions. You’re a Maryland racing fan and a small-time breeder, did you go to Country Life Farm’s stallion show or to Laurel Park for the Maryland-bred Conniver Stakes Jan. 30? They happened on the same day this year. What about looking at mares to buy at Timonium? Did you get there or go to Laurel for the races?

You’d like to be everywhere. Everybody would. And there’s the rub, one of them anyway, in this industry.

I don’t go to the races often enough. I do way too many interviews on the phone. I wanted to meet Talkin Smack, the mare featured at the start of an article in this edition, but I never got there. Becky Davis filled in the details, but it would have been a better story if I’d gone to Chesapeake City and been able to give the horse a pat on the neck. I way too frequently turn left toward my office at Fair Hill instead of right toward the training center so I can see some horses. I made a few stallion shows, though I missed the sale. I spent most of January and February trying to visit a training operation in Pennsylvania and never made it (not yet anyway). I thought I’d be able to get to Laurel’s Winter Carnival again this year?–?graded stakes, cool racing, a nice vibe. I was there last year, and in 2013. This time around I was chaperoning a bunch of high-school kids on a five-day trip to Florida. Wow.

Nobody, well I hope nobody, tries to schedule events at conflicting times. Racing is too small for that. But it happens. We do the best we can. We can probably do better.

And, hey, I’ll see you at the races.