One last sale for Charlton 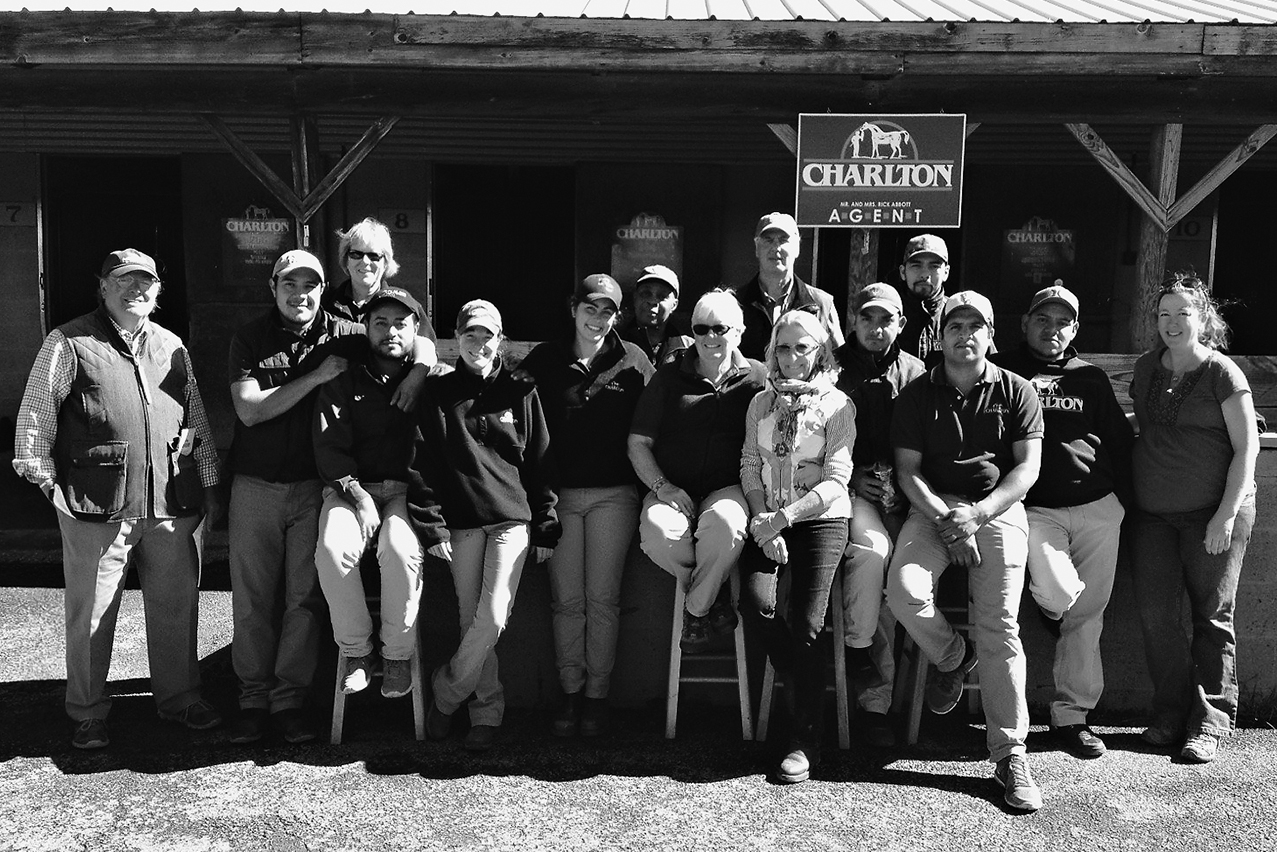 Buying, selling, owning, training, riding, betting, whatever, everyone wants to win in Thoroughbred racing. There’s money on the line, after all, and the whole point is to see whose horse is faster on a given day.

But sometimes, racing feels like a family –where everybody’s pulling for everybody else and the competition gets set aside. That was pretty clear around the barn area at Fasig-Tipton’s Midlantic fall yearling sale in Timonium, Md., the first week of October.

Rick and Dixie Abbott’s Charlton blood­stock agency took its last horses to Timonium, ending a consigning career that began in the 1970s. Over four days at Fasig-Tipton Midlantic’s fall yearling sale, the Abbotts said goodbye – to clients, competitors, former employees, Fasig-Tipton officials and horses. Based in Pennsylvania, the Abbotts are retiring – they sold the farm and they’re selling the equipment collected from all that time in the horse business. They’re going to travel. They’re going to play with their grandchildren. They’re going to breed (to race for a change) their mare Christmas Strike. They’re going to slow down.

As the Abbotts’ daughter Carly wrote for the midatlantictb.com website, the move is a big change. She marked time by annual trips to Timonium as a child playing in the shedrow, as a valued member of the team and now as a parent herself.

“There are people I only see at these events,” Carly wrote. “I am not sure how that ends. It’s also the only time I handle horses now, and I think I’ve gotten pretty damn good at it after all these years. What happens to that? My parents are closing up shop to have a new, well-deserved adventure; Away from the cold, the injuries and the heartaches. We will say goodbye to the farm later, which is hard to think about. So for now, I just want to pay tribute to the concrete, dirt, and hope that lives in Timonium. I’m not sure when I’ll be back, but it will always be a part of me.”

“It’s hard to believe there are all these people we won’t see again,” she said moments after Hip 310, the last of their 2016 consignment, went through the ring. “That’s pretty weird. It wasn’t just a job, it was part of our lives, a big part of our lives, for a long time.”

Her husband, wearing that deep-pocketed vest and carrying his ubiquitous notebook, echoed those sentiments. He was working another sale at Timonium, speaking for his horses, organizing showings, recruiting buyers.

He was a long way from 2010, when Christmas Strike’s colt topped the sale at $250,000, longer away from the year Charlton sold 140 horses at Timonium as part of Adele Paxson’s dispersal and even further away from the blizzard that nearly canceled a winter sale back in the day.

That was the year Abbott and his brother Franny shoveled their way into Barn B just to get to their consignment. It was also the year Abbott looked at a mare of Tyson Gilpin’s and commented that she looked ready to foal.

Postponed two days because of the blizzard, the sale restarted and Gilpin’s mare sold with a Rock Talk foal at her side.

“She sold, everything sold,” Abbott said. “The sale couldn’t have been hotter, people drove from everywhere thinking nobody could get here and they could steal horses.”

Charlton sold just shy of $750,000 worth of yearlings out of Christmas Strike at Timonium, but will hang on to the mare’s 2015 filly by Exchange Rate and perhaps a few more from the 18-year-old star broodmare. After a failed trip to Keeneland in 2008, Dixie promised Christ­mas Strike they’d never try to sell her again. She’s in foal to Jump Start and will foal at the Houghton family’s Sylmar Farm in Pennsylvania.

So you may see the Abbotts at the track, just not so much at the sales. Friends stopped by Barn J to say goodbye. Charlton hosted a dinner for past and present staffers. And, after Hip 310 sold for $5,000, Fasig-Tipton sent them off with a special announcement and a round of applause from the people in the pavilion.

“There’s been a lot of saying goodbye,” said Rick. “We’re ready, I have no doubts about what we’re doing. We talked all summer about whether we would stay in the sales business. We could still do this part [on sales day] but we like having our hands on horses. It’s hard to do that [consign horses to sales] and not offer the service of prepping them too, and I’d worry about finding somebody that would do what we want to do. So we decided it was time.”

They won’t miss the long hours and the uncertainty, but they will surely have a tiny regret or two come foaling season or next October when the yearling sale rolls around again.

Rick, who came from a show-horse background and shelved a career as an attorney to pursue Charlton, expanded on that thought and summed it up for the rest of us who work in the game.

“I hated [practicing law] and I admire horses,” he said. “I admire the beauty of them and I admire what they do. This was a way I could be involved in all that and make a living.”