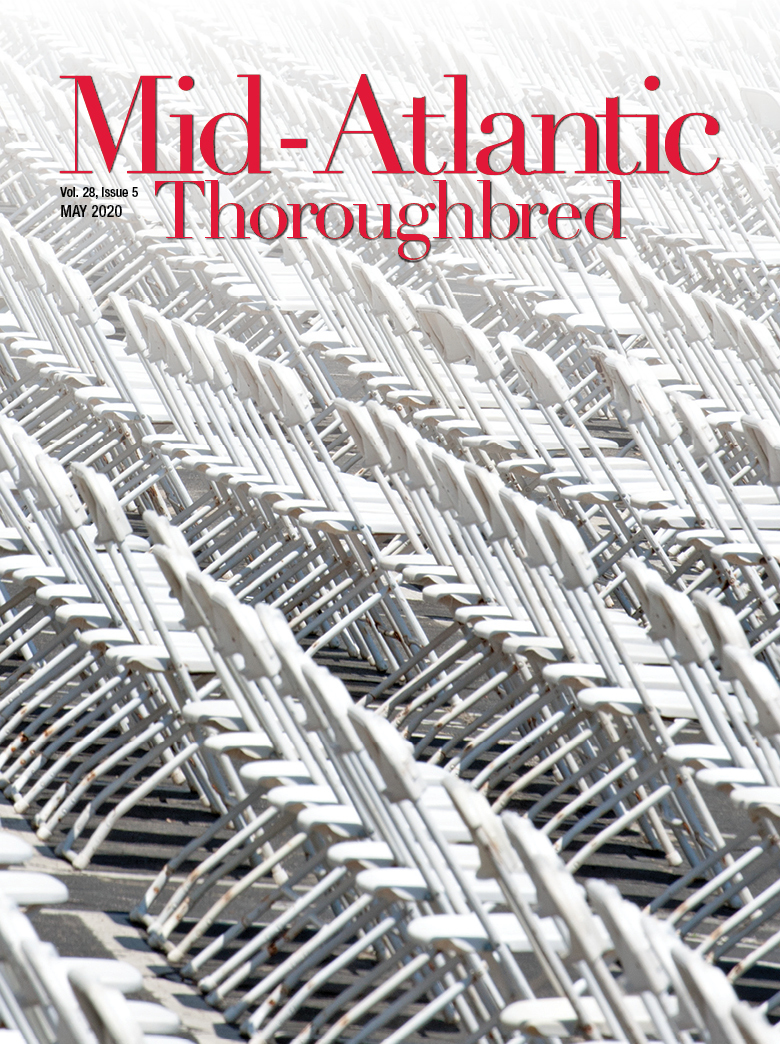 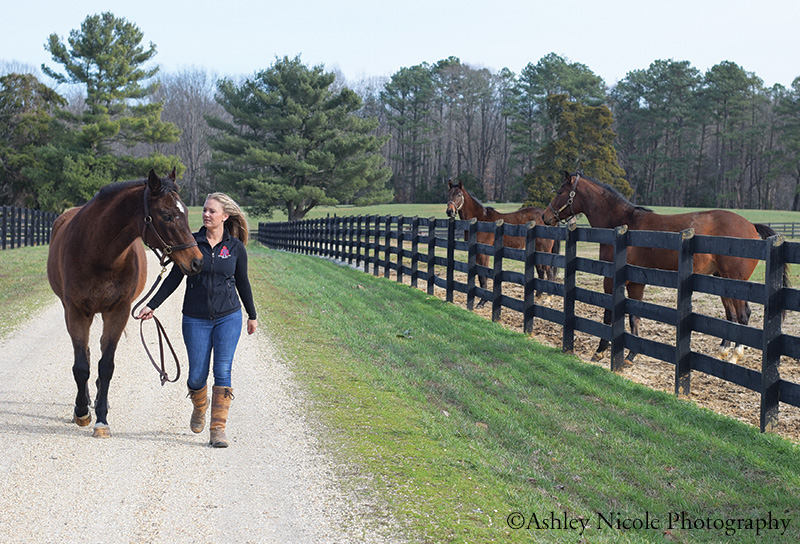 Call it Round Two. Last month’s feature checking in on an assortment of broodmares around the region spilled over into even more and – as usual – they’re all stars in their own way. Loved, fussed over, cared for, the region’s mares come from all corners of the Thoroughbred world but most trace back to a decision by somebody somewhere to buy a horse. Generations later, the families are still going strong. 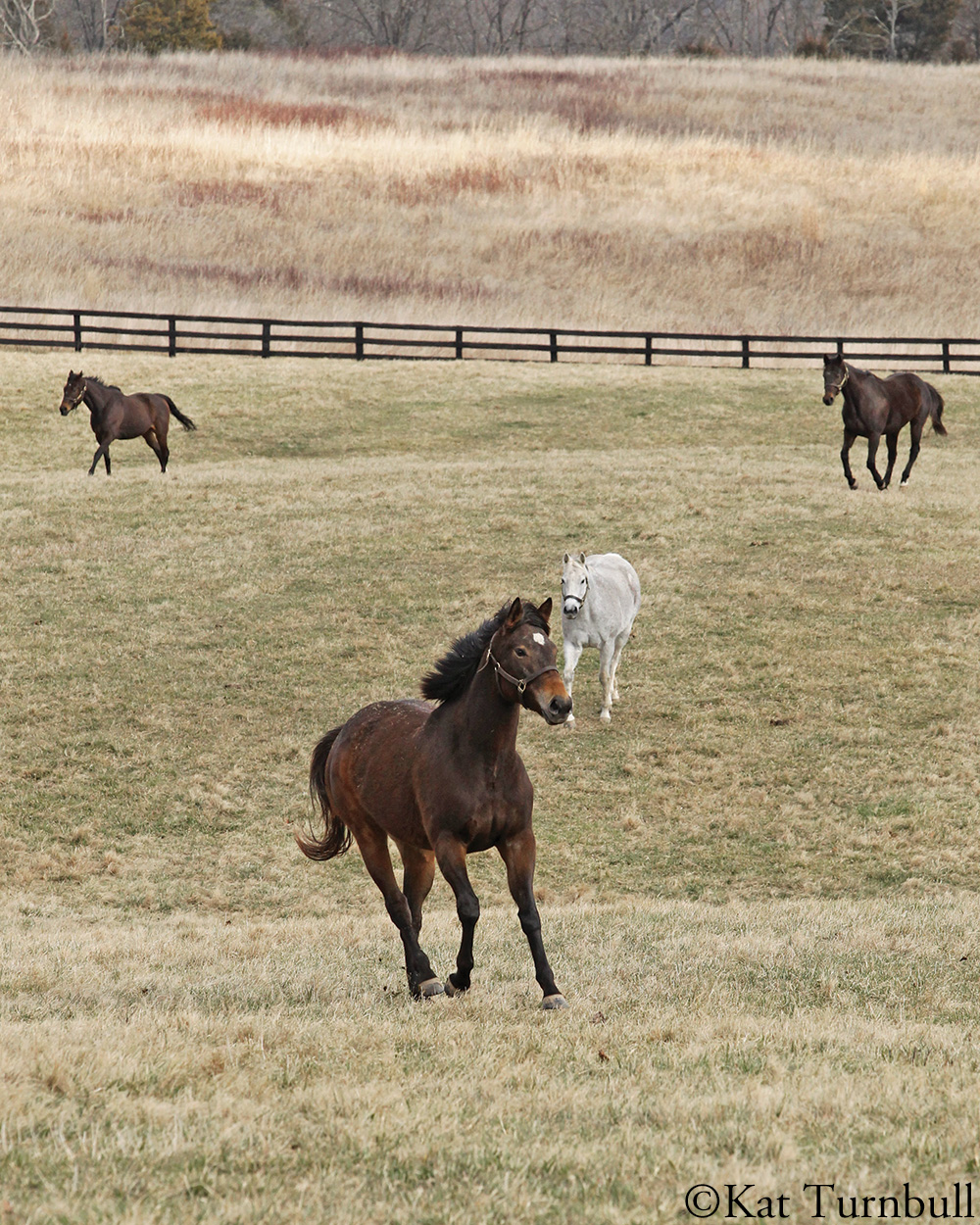 The chestnut filly’s face looks like somebody splashed a three-inch paintbrush from forehead to muzzle. She has three white socks and four white feet, and catches eyes without trying. She’s three days old, the only foal on a farm expecting eight more. She wears a tiny leather halter, a green and gray blanket the size of a tablecloth. Her curved, fuzzy ears don’t miss a sound. 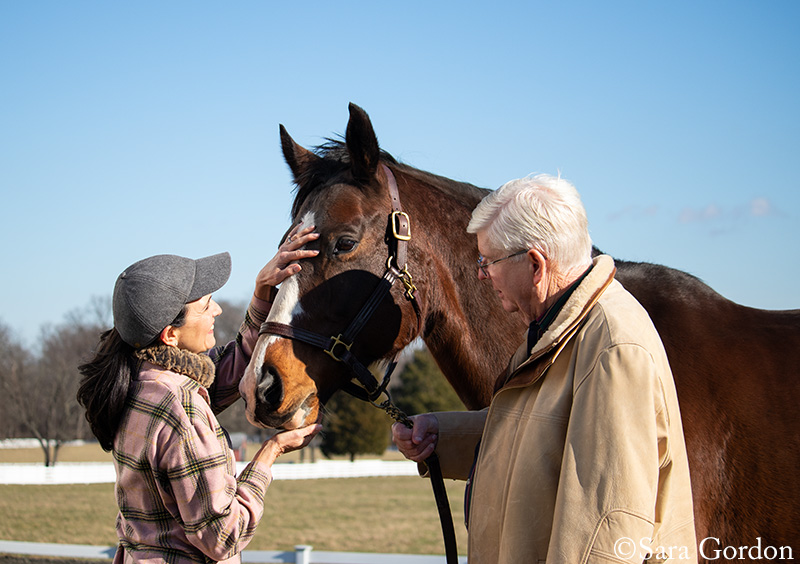 The car seller unveiled his gem at a Lexington, Ky., showroom in November. Speed-seekers worldwide congregated, inspected, assessed, exalted. A British rep closed the bidding at $500,000.

From a modest production line, auto dealer George Doetsch Jr. had delivered a Maryland-bred blockbuster. Here’s the thrust: A chancy broodmare who raced winless and foaled in a field has him steering among the cavalcade of horse-making glitterati. 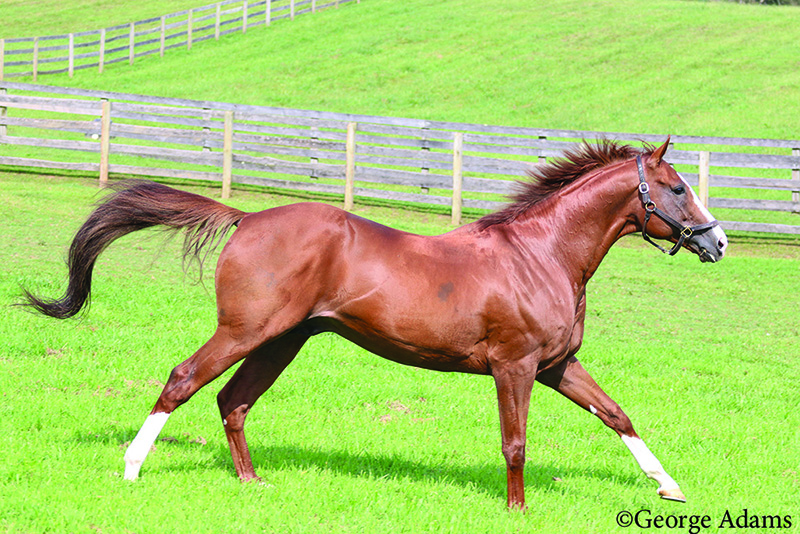 Venture capitalist, Loyola University professor and racing fan TK Kuegler dove into the Thoroughbred industry with the creation of Wasabi Ventures Stables in 2017. Less than three years later, more than 400 people call them-selves members and own anywhere from 0.5 to 4.99 percent of at least one racehorse.

With the growing roster of customers, and horses, Wasabi’s racehorse business is off and running at the track, at the sales and on the farm with an expanding group of broodmares.

A stallion. Kuegler and Wasabi will be a complete Thoroughbred entity in 2020, involved in virtually every aspect of the industry with the purchase of Force the Pass for stud duty. 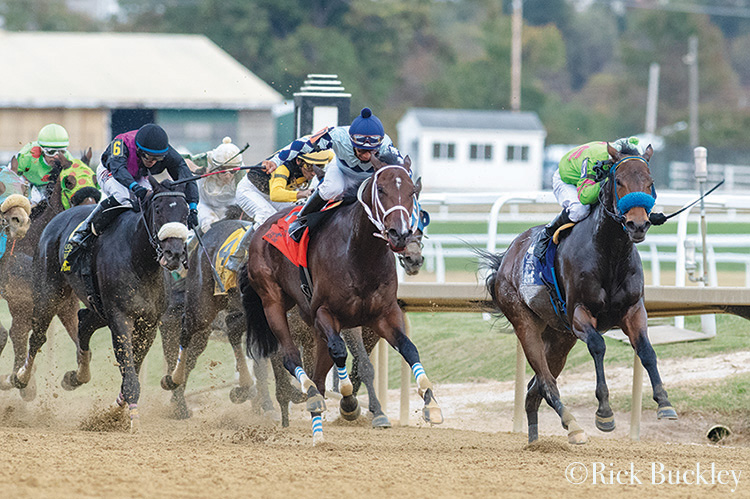 Shirley Lojeski called her Pennsylvania farm between Philadelphia and Allentown “a small operation,” which makes sense in October. When she’s in the midst of foaling season, helping 25 or so mares deliver, the place feels anything but small.

“Foaling season is a long time and, no, it doesn’t feel small then,” she said. “I’m the night watchman and the day watchman too.”

The work pays off sometimes, especially with a horse like Forest Fire. Foaled at Lojeski Farms in Emmaus, the 4-year-old son of Friesan Fire won a race-long battle with Prendimi to take the $150,000 Maryland Million Classic at Laurel Park Oct. 19. The feature race on the 34th edition of Jim McKay Maryland Million Day, the Classic attracted a big field of 11 but was a two-horse race late.

More than a vet 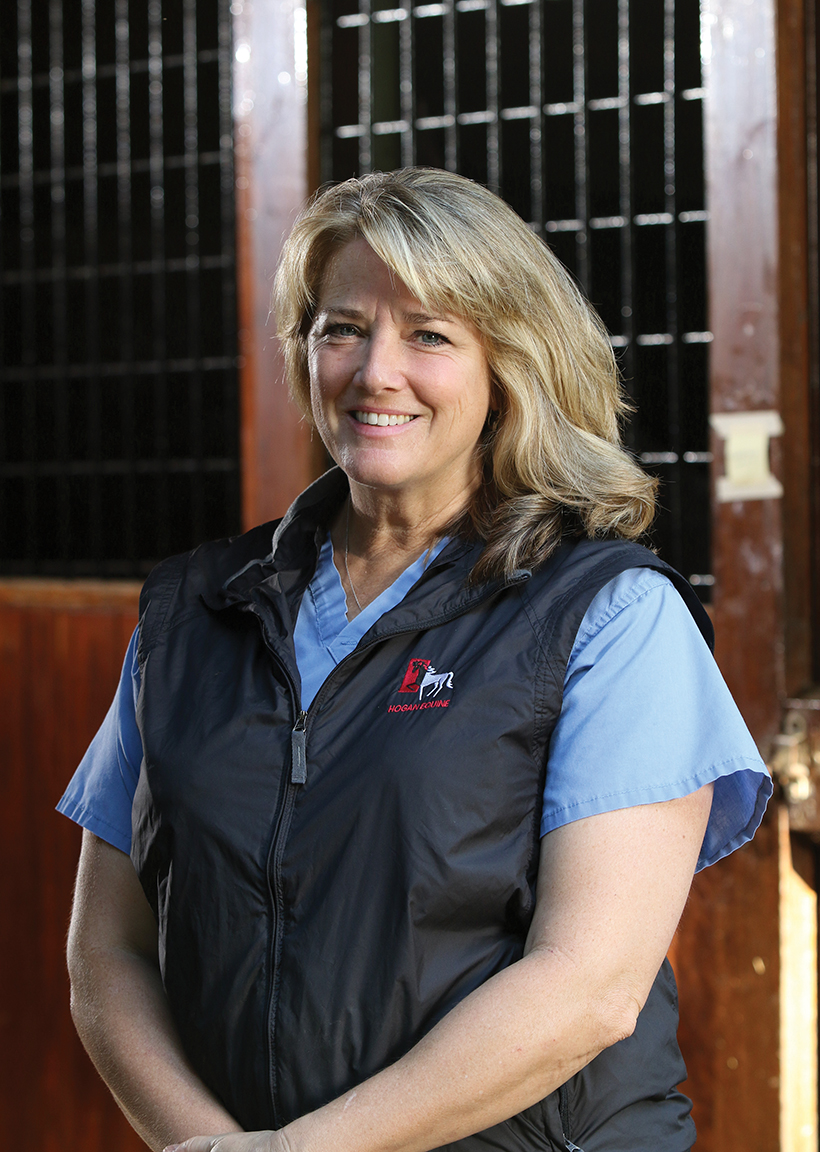 Through a long career, Hogan fills vital role from New Jersey base

Nestled in the heart of Cream Ridge, a small town that, with its green fields and white fencing, bears more of a resemblance to Kentucky than its central New Jersey location, is Fair Winds Farm, a longtime Standardbred nursery.Down the long, shady lane, past broodmares and their new foals, is the Hogan Equine veterinary practice, in what used to be the farm’s breeding shed. There’s a bicycle outside the office door, on which Dr. Patty Hogan rides to work many days when the weather is nice. She’s fortunate to be able to live so close to her practice, which she designed and decorated, taking the breeding shed and transforming it into a state-of-the-art equine medical facility for surgery and recovery.

Despite eight consecutive victories and 11 overall, all at his home track, the West Virginia-bred gelding Runnin’toluyva had something to prove in the most lucrative race of the year at Hollywood Casino at Charles Town Races.

A little more than six months after a smooth front-running score in the $300,000 West Virginia Breeders Classic for state-bred runners, Runnin’toluvya was asked to take on the challenge of the $1 million Charles Town Classic, a Grade 2 event that has attracted its share of big-name invaders with previous wins at the top level of United States racing. 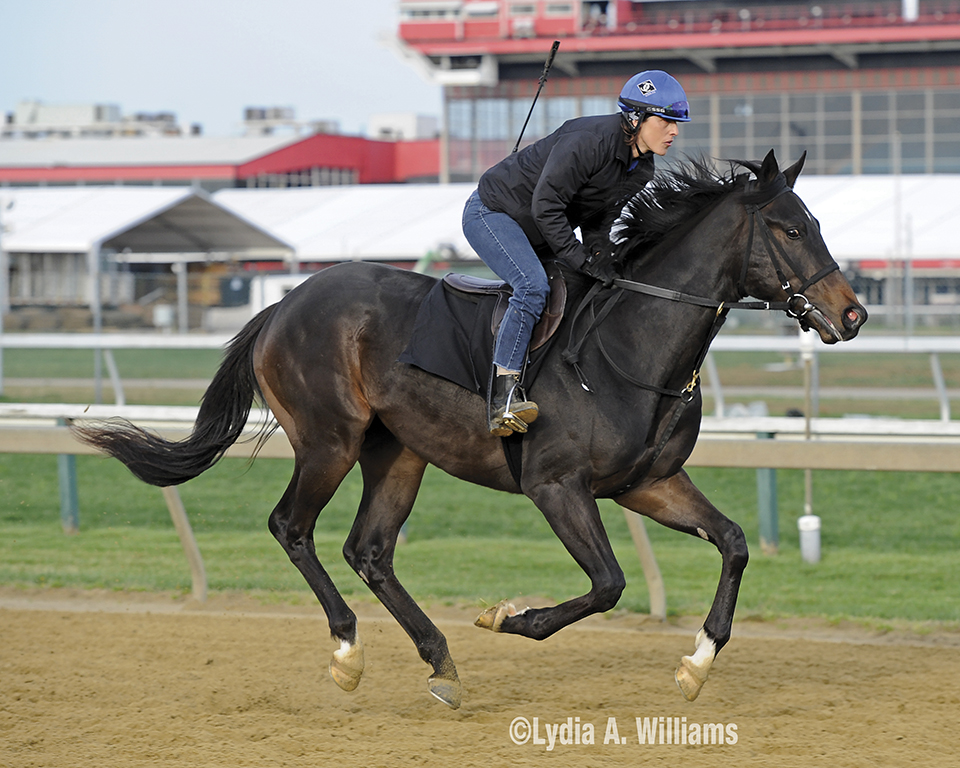 Four years of million-dollar horses and gross sales of more than $20 million . . . Names, big names, on the roster of buyers and sellers . . . Seventy-nine horses selling for at least $100,000 in 2018 . . . Graduates such as Call Paul, Army Mule, Concrete Rose and Fourstar Crook.
Fasig-Tipton Midlantic’s May 2-year-old sale in Timonium, Md., used to be an overachiever, the little guy in the equation alongside bigger names in Florida and Kentucky. Consignors used to take horses to early-season sales, and save Timonium as the back-up plan. Miss some training? Have a bad work? Failed to attract the right attention? You could always go to Timonium.
No more.