The full-service operation in the southeastern Pennsylvania township of Annville not far from Penn National Race Course opened its doors in 2004 and heads into the 2021 breeding season as one of the Keystone State’s top stud farms. Equistar stands five stallions, including Pennsylvania legend Smarty Jones, and offers a multitude of services from foaling and boarding to breaking, training and layups. 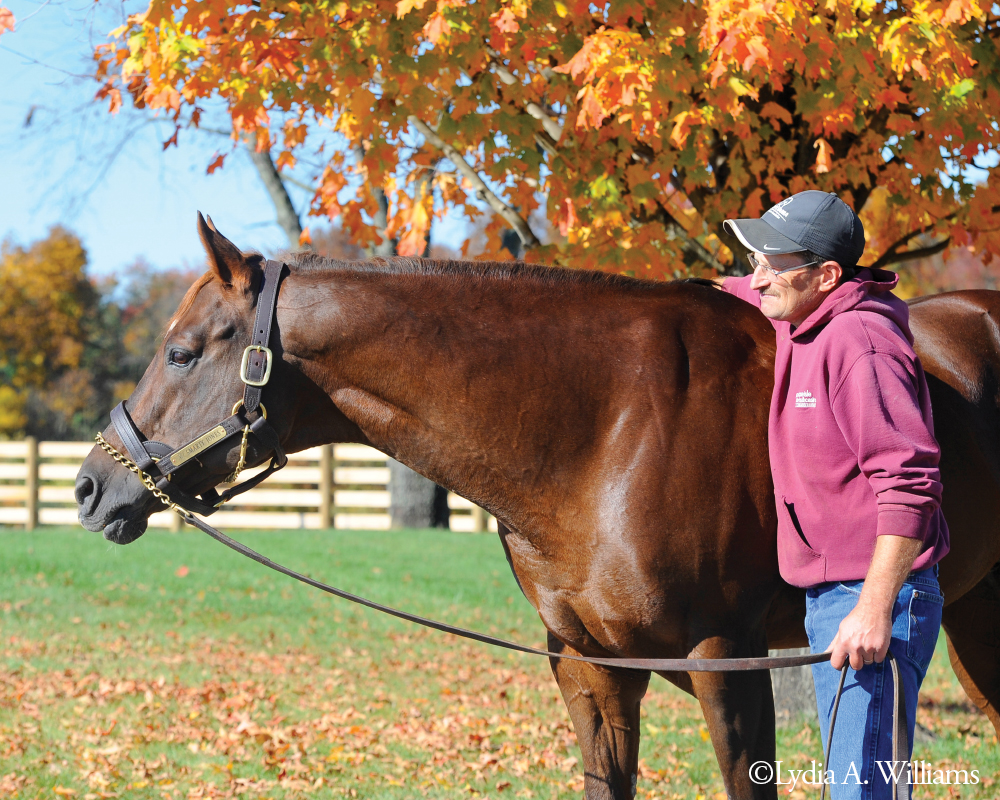 And it continues to grow, even against some uncertainty in the state and amidst the ongoing Covid-19 pandemic.

“I’ve said many times, people say, ‘You build it and they will come,’ but I’ve always been in a position where I needed them to come so I could build it,” said Eckenrode, a lifelong horseman who owns and operates Equistar with his wife Sharon. “And we’re growing this thing a little at a time as we see fit. But it’s been great. Having the clients we have has been tremendous.”

Equistar counts Pat Chapman and Tom McGrath’s Swilcan Stable among those clients. They stand the farm’s two leading stallions, champion and dual classic winner Smarty Jones and Grade 1 winner Poseidon’s Warrior, who head into the 2021 season looking to build on successful careers in the region. Young stallions Airoforce and Uncle Vinny and established sire Crown of Thorns join those two on the roster.

Eckenrode, who hosted a stallion show that turned into a rally to bring awareness of the horse business in the state prior to the 2020 season, remains optimistic for 2021 and beyond.

“I’ve been extremely blessed to just do something with horses my whole life,” he said. “To get into the position we’re in today, to be able to have a family type business has been really good. With business on the up, I think. We’re getting a lot of calls. People are moving forward.

“If you listen to the news I don’t know what direction you would go. But I think you have to do what you’re passionate about. We’ve been extremely blessed with good clients. People have trusted us with their stallions and it’s been really good to have the quality horses, the nice stallions we have. They’ve made it extremely affordable for people at any level to get in and play.”

That’s an increase of 7 percent statewide, and Eckenrode hopes for a strong season in 2021 while also being mindful of a significant void in the state after the closure of Northview Stallion Station’s division in Peach Bottom last summer. Northview’s owners opted to close that facility and move stallions Hoppertunity and Uncle Lino to Maryland. Former Northview stallion Peace and Justice stayed in Pennsylvania at Blackstone Farm.

“I’m hopeful this year will be good,” Eckenrode said. “We do have a spot in our state with Northview leaving, which I’m concerned about with our overall mares being bred. Every time we go to [the state capital] Harrisburg to fight the fight they always say, ‘Well how come your numbers are down? How come you’re not breeding more mares?’ Well, when you advertise a broken product or an unhealthy environment people will run to where it might look a little more appealing.

“I think it’s going to be a good year. I hope for the stallion owners and the people who have been investing in their mares, in the future, the racing, that they’re rewarded. You’ve got to think that supply and demand always plays in with Pa-breds that are competitive. Hopefully we can help contribute to that.”

Eckenrode grew up around horses with his family in Lebanon, Pa., a few miles down State Road 422 from Annville. Back then it was pleasure horses and Arabians, and the latter eventually drew him away from home to Delaware.

Eckenrode started working at an Arabian breeding and training farm as a teenager. He finished high school in Delaware, where he also met his wife and started to establish some working relationships that continue today.

“My grandfather used to farm with horses,” Eckenrode said. “We had some great horses that we grew up on, just riding around the farm. Then I wound up getting into the Arabian business . . . That was really good for me I guess. I had some good clients and people trusted us with some nice horses that went on to be national champions, reserve national champions. Lots of top 10s across the board on the national level.”

Watching the decline of the Arabian industry, which in the mid- to late 1980s saw 33,000 to 35,000 registered horses, eventually led Eckenrode to Thoroughbreds.

“I’ve always had the passion for the Thoroughbred racehorse, I just wasn’t close enough to it to get involved,” he said. “When we moved up here [in 2003]one thing led to another. We started doing layups because we’re real close to Penn National, so the location got us started. Then we started breaking a few and following them to the races. Then you get bit by the bug. I joke that the horse business is more addicting than drugs, it just doesn’t hurt your body.”

To hopefully avoid those injuries, Eckenrode takes a smaller role in the farm’s breaking and training ventures of late. He hires local exercise riders to help, while staying involved in that, the stallion care and management and every other aspect of Equistar’s business.

“The good and the bad when you take on these stallions is it’s nice to have them, but it’s a lot of responsibility,” Eckenrode said. “If I were to get busted up doing some of the breaking, I couldn’t afford that.” 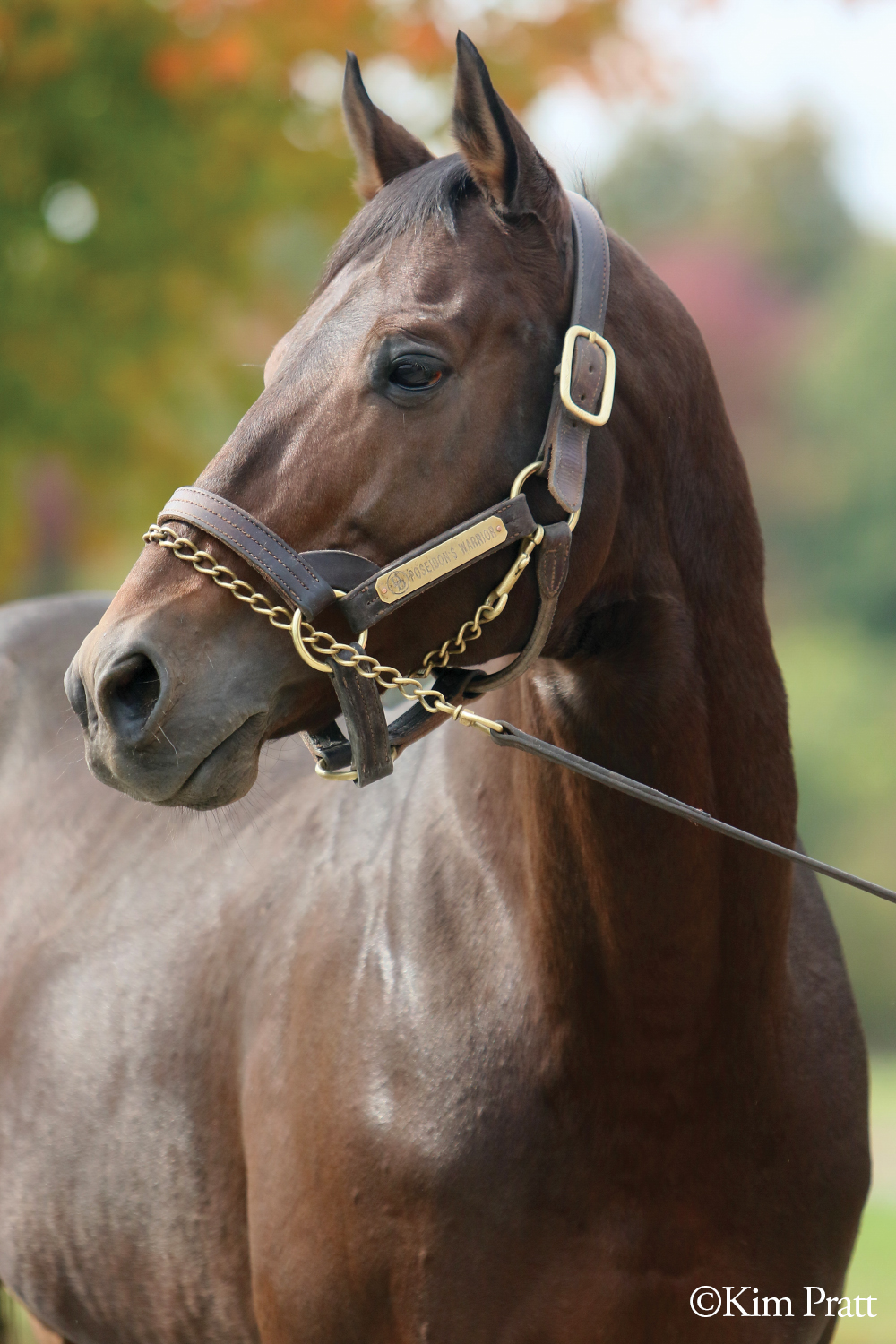