Next Steps in West Virginia 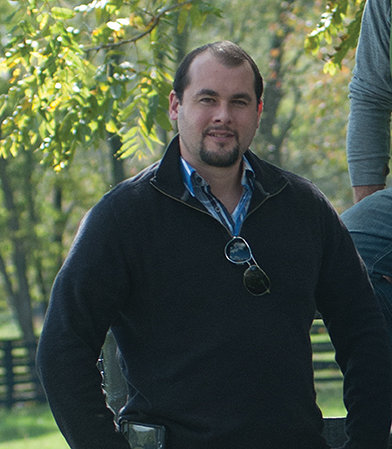 Measured opinion might suggest racing in West Virginia is at a crossroads. For those who have watched legislative cuts blast the state’s racetrack purses in recent years, it’s perhaps more of a dead end that’s in sight.

“We can only manage the shortfalls in revenue for so long until the industry starts to implode. We’re on the edge right now,” said Joe Funkhouser of West Virginia Racing United, a trade organization he helped found in 2014 with the purpose of bringing together various stakeholders in the state’s racing industry.

Given his work on behalf of West Virginia Racing United, in addition to roles on the Charles Town Horsemen’s Bene­volent and Protective Association and West Virginia Thoroughbred Breeders Associ­ation, Funkhouser was a logical selection when the state racing commission passed a resolution last year to form a committee charged with generating new ideas for the racing industry. The Funk­houser family’s O’Sullivan Farms, founded in 1939, routinely occupies a spot near the top of the state’s breeding lists and stands some of West Virginia’s leading stallions.

Funkhouser, along with 19 other committee members representing various interested parties in the future of racing in the Mountain State, collaborated in a way not often seen in the industry. Members met, debated, came up with new ideas and cast aside those that didn’t meet the threshold of consensus. In the end, the committee compiled a document titled “West Vir­ginia’s Racing Industry: Reflecting, Reimagining, Restoring” in the hopes that it might eventually pave a path to salvation.

“The positive thing is that this report has brought together horsemen, trainers, owners, jockeys, commission employees, stewards, veterinarians, track management,” said Jana Tetrault, of the Moun­taineer HBPA, who helped synthesize the final report. “You know, we just sat down at a table and talked about ideas. We talked about what would work, what wouldn’t work and, from my perspective, it gave everybody a better understanding of everybody else’s position.”

There were four subcommittees, each tasked with focusing generally on areas of impact–racing dates, marketing, revenue enhancement and legislative oversight. Many of the ideas and recommendations in the report boil down to, and are contingent upon, one major thesis: In order to move forward, West Virginia’s racing industry needs to recoup funding cut by the state legislature.

The reduction in available purse money stems from two legislative actions. The first dates back to 2005, when the state passed a bill that diverts up to $11 million annually–in video lottery and table games revenue–from track purse funds to the West Virginia Workers’ Compensation Debt Reduction Fund. The second hit came in 2014 in the form of a provision in another bill, which allowed the state to redirect the diverted purse funds into the state’s general fund, rather than it going directly back to the tracks.

To understand the impact of the two legislative decisions–exacerbated by growing competition for gaming dollars from Maryland, Pennsylvania and Ohio–consider the drop in the amount of purse money available to West Virginia’s two Thor­oughbred racetracks.

The report begins by describing that impact on the community, in bullet-point fashion, drawing upon conclusions from a 2012 West Virginia University College of Business and Economics study.

In short, it found that the state’s Thor­oughbred and Greyhound racing and breeding industries contributed more than $321 million in total business volume, or 12 percent of the state’s hospitality and leisure sector, and supported more than 7,300 jobs. 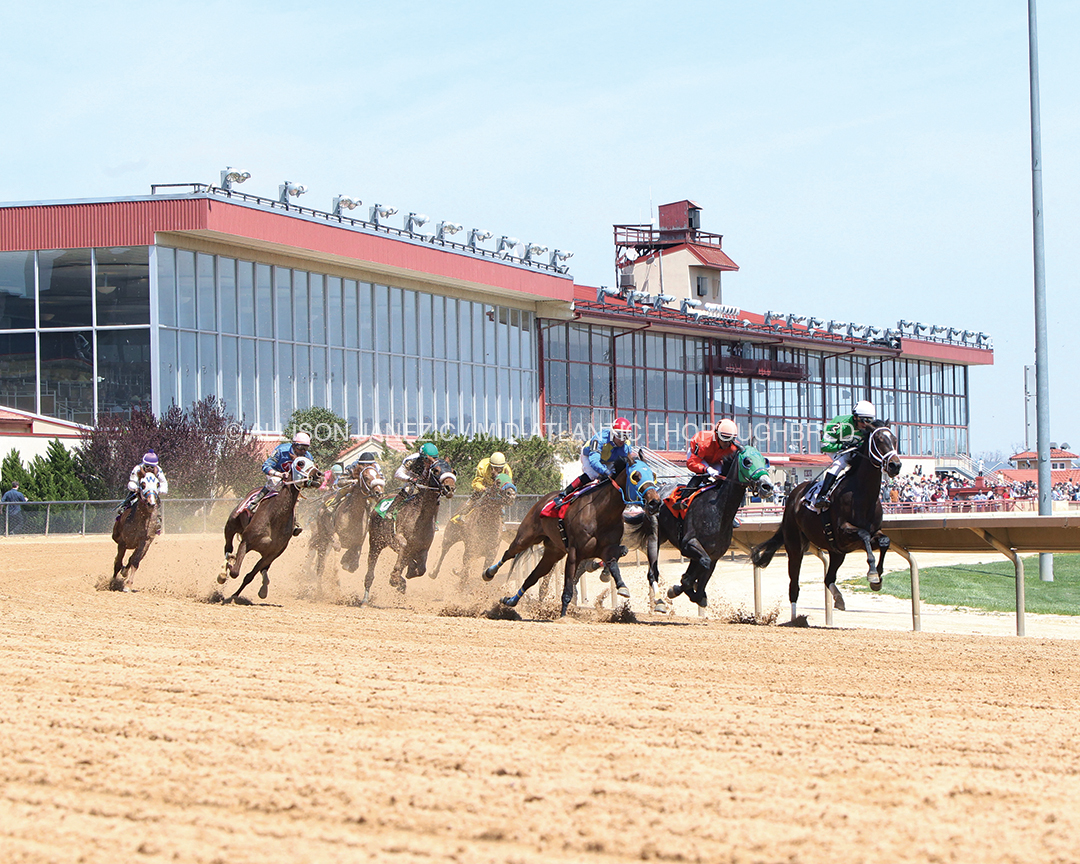 Diminished purses, naturally, have led to declines in race dates at Charles Town and Mountaineer. While statute requires the tracks to apply for 220 and 210 days of racing a year, respectively, both have run significantly fewer in the past two years. In fact, Charles Town ran 177 live cards and Mountaineer ran on 160 days in 2015.

Determining a viable number of race dates, given declining purse funds, was therefore a central part of the discussion by the committee. Charles Town trainer David Walters was on the racing-dates subcommittee and enjoyed the process of being able to directly engage with track management, among other non-horsemen on the committee.

“Any kind of communication is always good,” Walters said. “It never hurts to have people involved who live it, breathe it and eat it every day. Some of the decisions made in any jurisdiction are made by people who’ve never had horse [waste] on their shoes, and that’s not the way it should be.”

Walters’ magic number of $120,000 was presented with an understanding of what the owners he trains for would, and would not, accept.

The final report suggests, given the unstable condition of track purse funds, changing “West Virginia Code to create flexibility within the West Virginia Racing Commission’s oversight of the required number of racing days annually in response to market circumstances.”

West Virginia’s advanced deposit wagering regulations are not updated to allow residents of the state to actually bet on races in West Virginia.

Spearheaded by Funkhouser on the revenue-enhancement subcommittee that addressed this topic, the report recommends the state act to authorize ADW for races in West Virginia.

The report also presents other ideas for infusing more money into wagering pools. The recommendations include creating a “jackpot style wager” and developing a “higher end sports bar or restaurant network in locations that are not in close proximity to existing racing or gaming venues which are allowed to conduct off-track wagering.”

The marketing committee encouraged a partnership with the West Virginia Division of Tourism to promote major racing events every year. Other marketing recommendations include an emphasis on social media, entertainment and securing television coverage as a vehicle to share racing and related human-interest stories with mainstream viewers.

While complete with more than a dozen concrete ideas for strengthening West Virginia’s racing industry, the report stops short of explaining how, when and by whom the recommendations might be pushed forward.

Delegate Stephen Skinner was born and raised in Charles Town, the county seat of Jefferson County which he now represents in the legislature. He’s read the report and, as he has in matters concerning racing in the past, supports proposed ideas to strengthen the industry in West Virginia.

“On the whole, I think it’s a great report but a lot of good it does in a year where we are in total budget crisis. We’ve got a total revenue problem and no way out,” Skinner said.

The budget crisis comes in the form of a projected $353-million deficit for 2016. That being the reality in West Virginia, Skinner is far from optimistic about the prospect of any pro-racing legislation actually gaining traction this year.

“Anybody who suggests right now that we’re going to somehow get money back into racing is not dealing with reality,” he said. “I mean, I’ll go down there fighting for it but you run into a brick wall because you can’t fight the numbers and the state is in a really bad way.”

From Skinner’s vantage point, racing stakeholders in West Virginia need to take more of a “defensive posture” to protect what’s left of its share of VLT and table game revenues. Skinner’s bigger picture concern is the prospect of racino decoupling, which would allow stand-alone casinos in West Virginia and further diminish the view of the legislature as a whole when it comes to racing in the state.

“Because the tracks are fairly sort of contained in a couple of geographic places and because we have dog racing, which isn’t terribly well regarded to begin with, it’s not thought of, it’s not valued. It’s not like Kentucky, where it’s a source of pride,” he said. “The word needs to get out that we need everyone’s help to protect racing in West Virginia.”

One agency that won’t formally endorse the suggestions in the report is the West Virginia Racing Commission. Although it commissioned the report, and committee members expressed immense gratitude to the commission for enabling them to compile it, the commission does not intend to take any action on it.

West Virginia’s legislative session commenced Jan. 13 and committee members and their organizations were working on proposals likely to mirror some of the key recommendations of the report.

“There’s a lot riding on this legislative session,” Funkhouser said. “If we don’t do something to get more revenue, to modernize our code and to compete with neighboring jurisdictions, we’re just going to be managing the decline of the industry.”

While those words might reflect the worst of all fears, West Virginia racing might have shown the best of itself in the process of collaborating in a way rarely seen in racing.

“To me, the most valuable part of the process wasn’t so much the final report,” said Erich Zimny, vice president of racing operations at Charles Town. “It was being able to sit around a table with some other folks in the industry and maybe blow some ideas back and forth. It was really just the cross-section of people. That was the value more than anything.”

“We talked about what would work, what wouldn’t work and, from my perspective, it gave everybody a better understanding of everybody else’s position,” she said. “It was a great first step in bringing everyone to the table to talk and to come up with ideas. It really was a good process.”