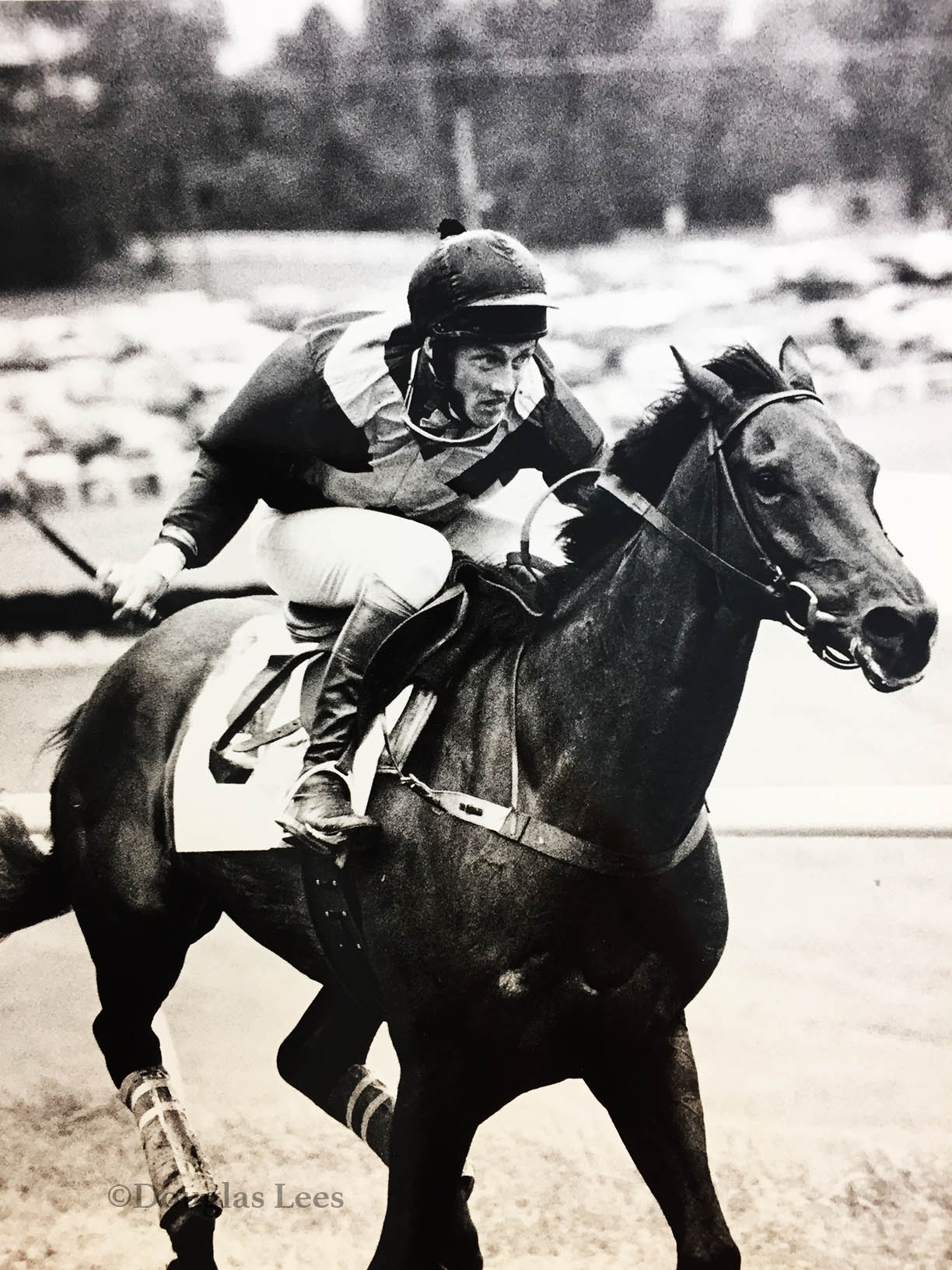 Sometimes, the horses just know. They must. Paddy Young, a five-time champion jockey closing in on his 200th American win (a figure reached by just nine people) and the dean of the colony, went down with a head injury at the Radnor Hunt Races May 20 – shocking his wife and children, fellow jockeys, racegoers and the sport.

Young will likely never ride another race. In early June, he was still at Pennsylvania’s Paoli Hospital though showing signs of progress from the fractured skull and broken neck suffered when Kings Apollo (GB) fell in the timber race. Young was in intensive care, listed as critical but stable at first. Doctors removed part of his skull to relieve pressure and clean blood and fluid from his brain. He was sedated for days, with a breathing tube, but could move his arms and legs and respond to some commands. He battled pneumonia and an infection early on, but by June 6, he was mostly off the sedatives and improving and soon moved to a more traditional hospital room. Eventually, Bryn Mawr Rehabilitation Hospital.

“When you walk in, it’s a shock, it’s like he’s on life support but it’s just because of the sedation, they’ll turn it down, do some stimulation tests, say ‘OK great,’ and then put him back on it. The doctors are hopeful for a full recovery but it’s going to take some time. The doctors said boring is good,” Leslie said early in the process. “With the skull, it will be three or four months of wearing headgear before they put it back on. When people have this kind of injury, they don’t remember. People like Paddy come out fighting.”

A gofundme.com page to benefit the Youngs quickly raised more than $100,000, which – along with other help – floored Leslie.

“Everybody’s been very wonderful,” she said. “It’s amazing, really sweet. Neighbors have helped, everybody at the barn is working hard, some people mowed our fields – all the things Paddy used to do are still getting done.

“It’s such a hard pill to swallow and you feel helpless, but the doctors are optimistic and pleased with how everything is going.”

The horses, of course, know nothing of the injuries and their severity. Or do they?

Leslie Young hadn’t had a winner all spring, until Radnor. Paddy and Mercoeur (Fr) won the second, an allowance hurdle. Paddy went down in the third with Kings Apollo and left under immediate and constant medical care in an ambulance.

With Graham Watters deputizing, Jamarjo (Ire) won the fourth – the $50,000 National Hunt Cup hurdle stakes. One race after that, Invocation (Fr) and Watters won a handicap hurdle. Those last two would have been victories 199 and 200 for Paddy Young.

“He always says he just wants to do his barn and be with his children [Tom is 18, Rory is 9 and Saoirse is 8]. He’s happy to come back and kick the ball with Rory or get the ponies out,” said Leslie. “Every time there’s a party, he says, ‘I’ll stay with the kids, you go.’ He always says, ‘I am who I am. I’m Paddy,’ that’s all he says. . . He always said, ‘The day I go out there fearing something is the day I stop.’ ”

A week after the injury, another Young runner – For Goodness Sake (Ire) – won the $50,000 Iris Coggins Memorial hurdle stakes at Fair Hill with jockey Willie McCarthy doing his best to ride like Paddy. The 5-year-old mare upset heavy favorites One Lucky Lady (GB) and Sarah Joyce (Ire) after finishing behind them at the Iroquois May 13.

At Fair Hill, tributes to Paddy flowed like water in the nearby Big Elk Creek.

There were announcements, interview questions and answers, a big poster full of signatures, that rapidly growing Go Fund Me page and plenty of thoughts from all corners of the sport.

“It’s just emotional galloping out there, after doing it. Nobody can do it like Paddy can do it, but I tried to put it together today because I know it’s his horse, he was with me,” McCarthy said. “Hopefully, he can understand that this is happening today and hopefully he can get some kind of lift from it. I’m worried about him, everybody’s worried about him, he’s a great man, at the top of this sport, I just want to dedicate it all to him, I don’t want to talk about Willie McCarthy today. I want to talk about Paddy Young.”