The first assignment Christy Holden was given when she showedup to work at Country Life Farm as a 15-year-old may have sealed her future.

“Josh Pons handed me a piece of paper, a pen and a thermometer and told me to go out in the field and take the temperatures of the foals,” Holden, now 48 and general manager of Country Life and Merryland farms in Maryland, remembers on a cold, snowy morning early in 2018.

“As I look back on it, I think he probably thought I’d just go look at them and give him a general report. But I went out and played with them and talked to them until I could get hold of their heads and attach a shank that was long enough for me to reach their butts at the same time.

“I came back a couple hours later and had all the details.”

At that point, the Pons brothers, Josh and Mike, who co-own the two farms, no doubt thought she was a keeper. 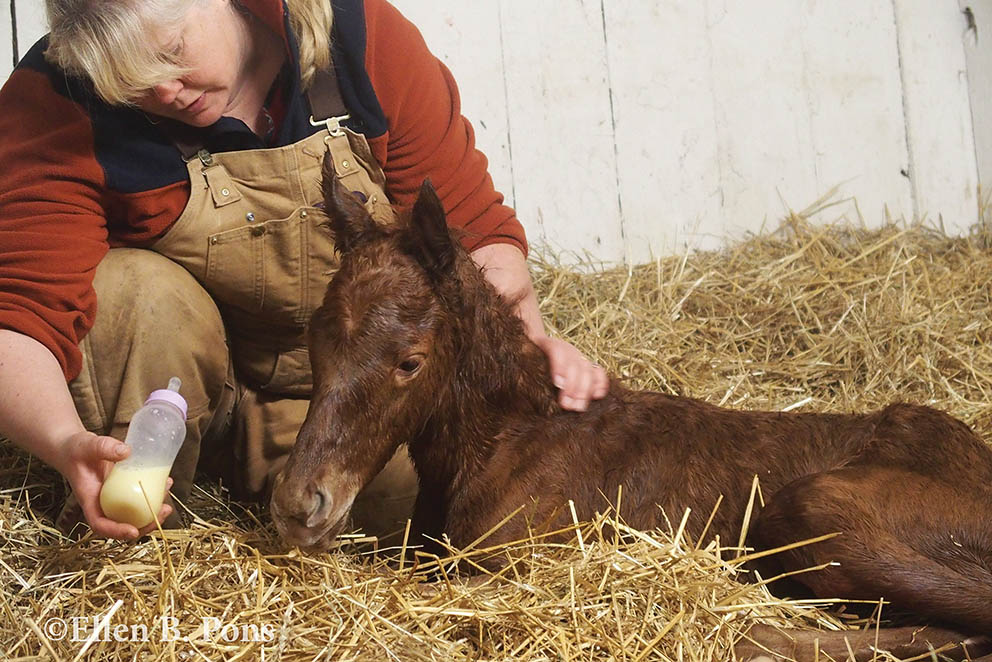 But they only kept her until high school graduation, when she left to pursue her business degree at nearby Villa Julie College (now Stevenson University). From there, she got a job in the insurance industry and then accepted an invitation from her parents to run the family business, selling fire engines and firefighting equipment, with her brother. She also met her husband, Brian, a Baltimore City fire lieutenant, and had two sons.

Fifteen years after her first job at Country Life, Holden and her husband decided it would be fun to become horse owners in one of the farm’s racing partnerships they saw advertised. When they came to discuss the paperwork, she jokingly said to her former employers: “Maybe I should come back to work here to pay for our ownership fees.”

Josh and Mike surprised her and said yes. 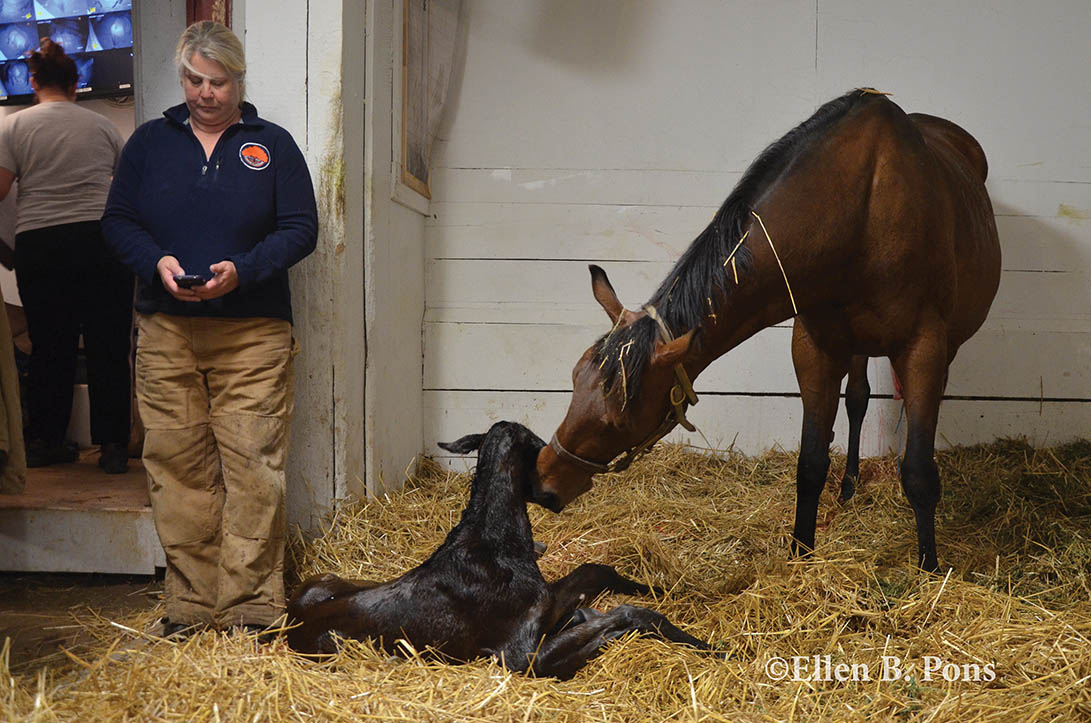 “We are so lucky to have her,” says Mike Pons. “She has the intuition for the job. She thinks like the horses. She worked with ponies early on and they always try to kill themselves. She had to be thinking a step ahead of them all the time.

“Then she got married, had two sons, and developed that nurturing instinct. It’s hard to find all those skills in one person.”

Holden had one more ace up her sleeve. She also was the daughter of Bel Air’s longtime fire chief.

“You can call some people and say, ‘You’ve got to be here,’ and maybe they’ll come eventually,” Pons says. “But if you’re the fire chief and someone calls, you respond immediately. She had that training. When you call Christy in the middle of the night and say ‘We need you now,’ you know she is coming right now. It’s not an easy task, to be here all day, go home and then have to come back in the middle of the night. But that’s what she does.

“We are a breeding farm and a training center,” he continues. “She manages both farms. It’s a Herculean task. It’s wonderful to hand the ball to her and get out of the way.”

When she came back in 2004, she worked in the office, handling paperwork, partnership contracts and communications. But then, the broodmare manager retired. The Maryland breeding industry was on a major decline. There were so few mares on the property – about 10 compared to the 150 at the two farms during the February to late June breeding season now – Country Life didn’t need to hire a new broodmare manager. Holden simply took over the job.

That meant being in charge of the health and welfare of the mares and foals, making sure the vaccinations were up to date, feed and supplies ordered. She managed the mares’ reproductive schedules and worked with veterinarians daily. She traveled back and forth from Country Life to Merryland several times a day. She made sure mares were ovulating and determined when they were pregnant.

And she also delivered all the babies. 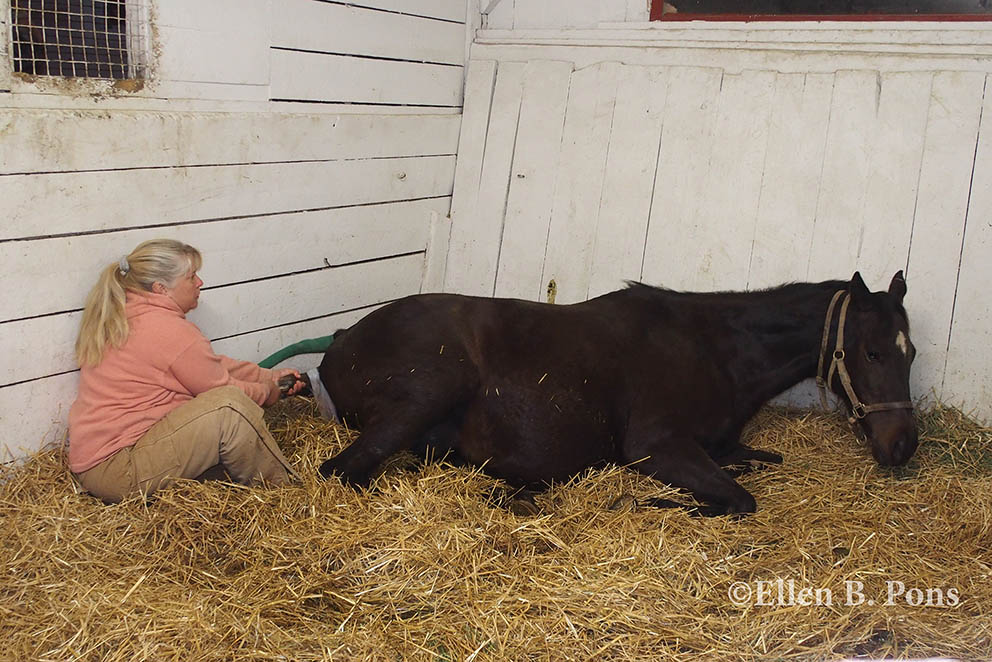 In 2015, she was officially promoted to general manager. Cheyenne Piccolo and Kim Crowell came on shortly thereafter as broodmare managers at Country Life and Merryland, respectively.

But Holden is still hands-on. She books every stallion’s mating and she still collects their dismount samples after they do their manly deeds. She views the samples under the microscope, looking for sperm to make sure the mares have had a good cover.

And she still delivers every foal.

“It’s my favorite part of the job,” she says. “Though I have a night-watch crew, I can’t give it up. There is nothing like the birth of a baby. It is so exciting. Because you don’t know where the next champion is coming from, I have to be here for every one.

Perhaps it is fitting then, that her desk, tucked into an alcove in the main office, has two windows that give her a view of the stables where Cigar and hundreds of others have been born at Country Life.

Ask her what her best day has been, and she is unequivocal.

“Every day a healthy baby is born, it’s my best day ever,” she says.

And you can guess her worst.

In 2016, there were nothing but the best of days, when all 64 foals were born healthy. But this past year, Country Life lost five of 83 born.

“When you look at the numbers, the percentage, it doesn’t seem that bad, but five foals,” she says, sadness in her voice. “I know it was an anomaly, but still . . . When you lose a foal or a mare, that’s the very worst. People have been waiting a year for their new foal. It’s heartbreaking.”

As breeding season approaches, there are six pregnant mares in a field up the lane. While excited about all of them, Holden knows the most interest will be generated by Our Fantene, in foal to California Chrome, the 2014 and 2016 Horse of the Year.

“If this is Chrome’s first foal, it would be a big deal,” Holden says. “And it’s [already] one of my highlights for this year.” 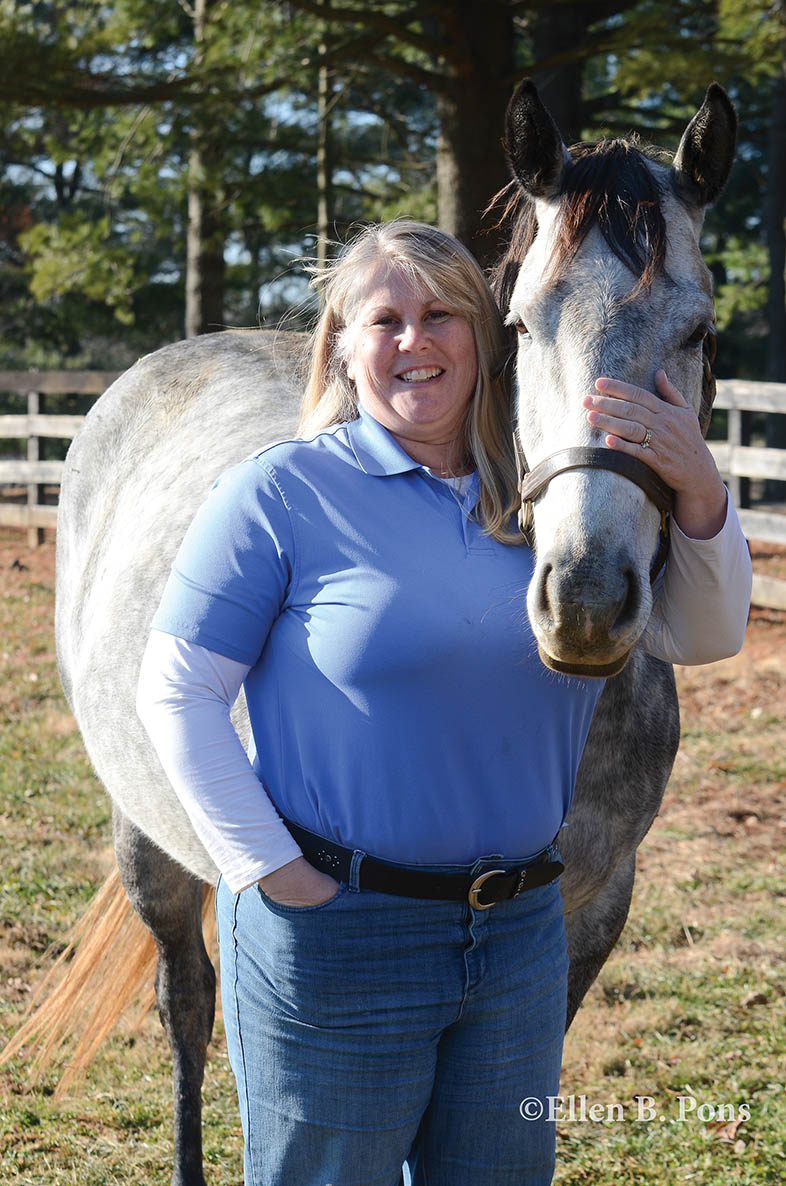 She works for the oldest active horse farm in Maryland. Country Life was established in 1933; its sister, Merryland, in 1939. They’ve been doing business for more than 80 years. Holden admires and respects that. She has not wanted to change tradition.

But she has updated a few things. She brought tablet computers to each farm so the billing process can be streamlined. And she has created “foal cam.”

“It’s probably the biggest thing I’ve done,” Holden says. “I’ve placed cameras in all of our foaling stalls. When mares are close to foaling, we move them into those stalls and turn on the cameras.”

She originally came up with the idea, hosted on Ustream.tv and linked to the Country Life website, so that when she ends her nearly 12-hour day at the farm she can continue to monitor the mares.

A more attentive mother, you may not find. When mares are within a month of their due dates, she moves those at Merryland to the foaling barns at Country Life, where they are closer for monitoring. Then every evening she personally checks each mare. When they are within less than two weeks of being due, she tests their milk daily, searching for a marker – a spike in their calcium level that helps establish a birth to within 24 to 48 hours.

Through it all, she monitors the online video. The surprise has been that others have been monitoring it, too.

“I didn’t expect that, but some people found it, started chatting about it and now people are watching all around the world, from Australia to England,” Holden says. “When the birthing season starts, on any given night, you can see from 100 to 150 people are watching.”

Mike Pons says the acceptance of foal cam has been amazing.

“We have owners in California and Arizona watching,” he says. “People set timers and record the videos overnight and then look to see if they had a foal born.”

All of it makes Holden happy. As she shows off the video control room just off Cigar’s old stall and demonstrates how this season she will be able to have 12 screens seen at once, she can’t hide the joy she finds in her job.

“I love what I do and I love it here,” says the Bel Air native. “But my husband wants to retire and move to Myrtle Beach. My plan is to enjoy what I do for as long as I can.” 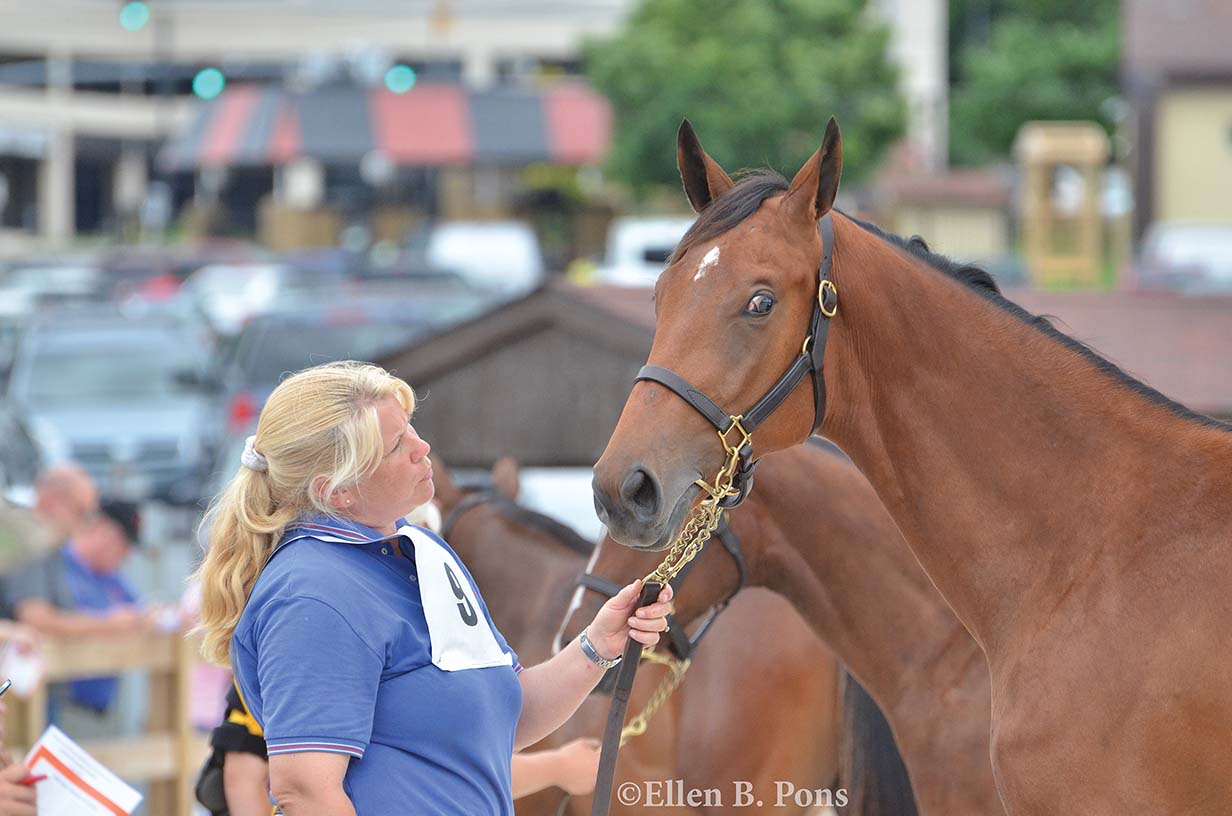