In the 20th century, 63 runners bred in the Mid-Atlantic region were named national champions. Mid-Atlantic Thor­oughbred takes a look each month at one of those luminaries.

Within a few short years of receiving Sagamore Farm in Glyndon, Md., as a gift from his mother in 1933, Alfred G. Vanderbilt Jr. was acquiring runners, building up his stable and retiring fillies to his broodmare band. One horse he acquired was Man o’ War’s son Identify, claimed as a 3-year-old for $3,500 in 1934.

Identify proved an astute addition–for not only did he go on to win six stakes, he was retired to stud at Saga­more. Although lightly used, he sired Petrify, the top juvenile filly of 1941 and Vanderbilt’s first homebred champion. 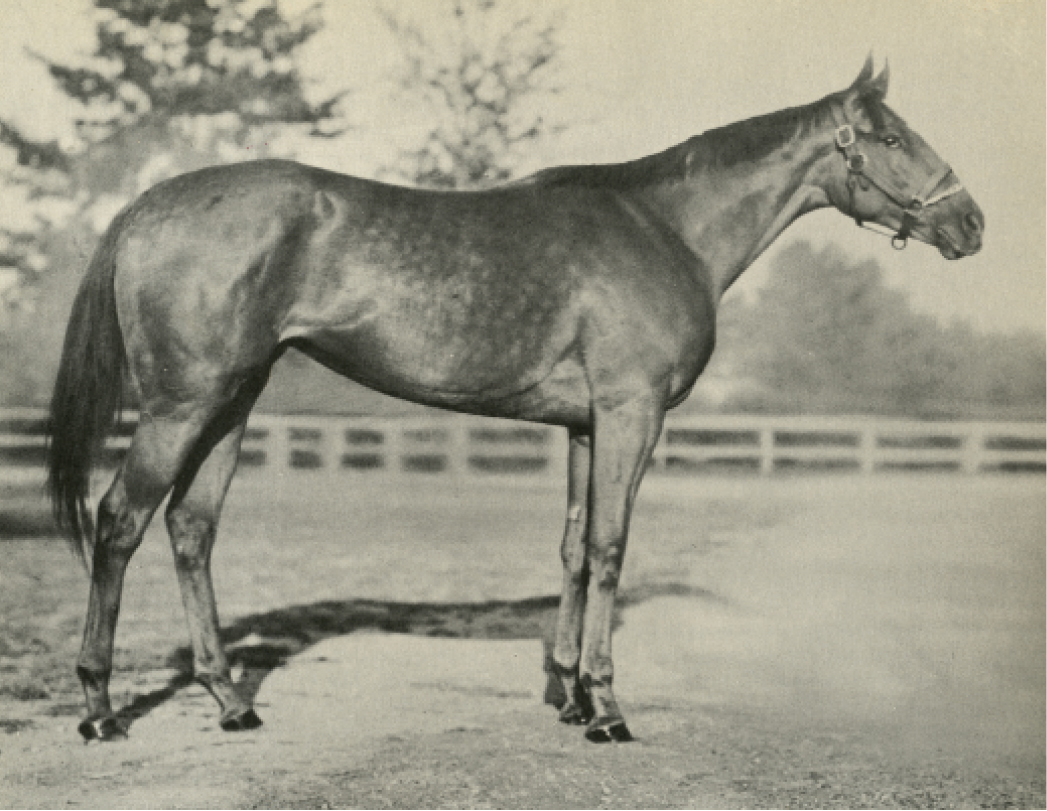 A member of Identify’s third crop, Petrify was produced by the unraced Saga­more Farm homebred Sag Rock (by Rock Man). While still a yearling, the filly was shipped with the Vanderbilt stable to Santa Anita for the 1940-41 winter meeting, where she made her debut on Jan. 7, 1941. She proved her readiness, winning by 2 lengths over 15 other fillies in the 3-furlong straightaway dash run in :332?5. Four days later she did it again, this time against open company over a muddy track.

Early lessons learned, Petrify launched her summer campaign at Aqueduct in June, taking a 5 1/2-furlong allowance in 1:05 4/5, two-fifths off the track record, then was shipped to Chicago where she captured one of the richest juvenile filly races of the year, the Arlington Lassie, by an eyecatching 6 lengths. By year’s end she had won six of her nine starts, including Belmont’s Matron Stakes, was third in the Spinaway at Saratoga, and ranked as the richest 2-year-old filly of the year.

Petrify had tailed off by the end of the season after developing a skin infection in October and never regained her form. Retired to Sagamore, she produced seven foals, six winners. Her best runner was her first, the stakes-winning *Bahram colt Stone Age. But her final foal, the winning Native Dancer filly Stage Fright, can be found in numerous pedigrees today, mostly through her stakes-placed son Acroterion, the dam sire of Flying Paster. The latter, one of the best runners of his crop and an outstanding sire in California, pops up in the fourth generation of American Pharoah.