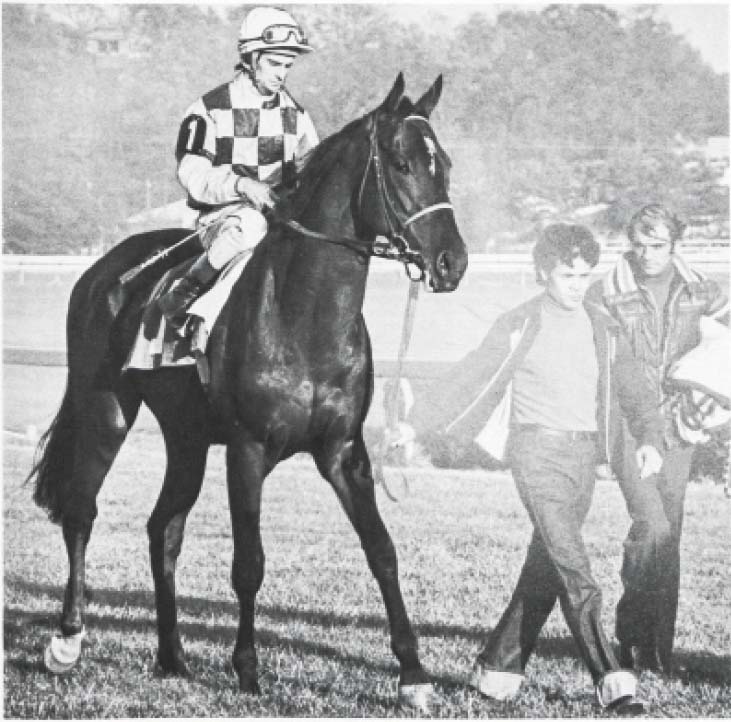 He was the incidental Maryland-bred. Billionaire Nelson Bunker Hunt’s homebred Youth – a champion in two countries at 3 – was born in Maryland for one reason only. His dam *Gazala II, a young daughter of Kentucky Derby winner Dark Star, was sent to the court of Northern Dancer at Windfields Farm in Chesapeake City. She delivered her Ack Ack colt at Windfields April 12, 1973. Unfortunately for Hunt, *Gazala II did not get in foal, and she and her son were back in Kentucky that summer.

Although Youth’s connection to Mary­land was brief, it didn’t dampen state pride, as three years later he was named Maryland-bred Horse of the Year.

Youth was on the move again as a yearling, when he made the journey to France. *Gazala II was a champion in that country at 3, winning two classics, and her first son, Mississipian, was champion 2-year-old in France the year Youth was born. Under the tutelage of Maurice Zilber, Youth made his first five starts at Longchamp. Winner of his debut at 2, he finished second in the Prix Saint Roman-G3 that fall (to Northern Dancer’s son Far North) and was put away until the next spring.

Youth returned spectacularly, winning four group stakes in succession: the Prix Greffulhe-G2, Prix Daru-G2 (by 4 lengths), Prix Lupin-G1 (over Arctic Tern) and the classic Prix du Jockey Club-G1 (the French Derby) at Chantilly, effectively sealing the championship title. A trip to Eng­land for the King George and Queen Elizabeth Stakes-G1 at Ascot was a disaster, so the return to Long­champ in Septem­ber was much welcomed, resulting with a win in the Prix Niel-G3.

In his seventh start at 3, Youth contested one of Europe’s supreme tests, the Prix de l’Arc de Triomphe-G1. He finished third behind Ivanjica. Twenty days later, Youth was racing in Canada.

He made two starts in North America, both Grade 1s, and clinched the Eclipse Award as champion turf horse. He dominated the Canadian International Cham­pion­ship, winning by 4 lengths with a chart comment “as rider pleased.” Two weeks later he returned to Maryland. Appearing at Laurel for the Washington, D.C., Inter­na­tional, a race that also attracted Ivanjica, Youth won by 10 lengths. Ivanjica was third.

Immediately retired to Gainesway Farm in Kentucky, Youth proved somewhat a failure, siring just 18 stakes winners from 516 foals, although one was English Derby winner Teenoso. He eventually was sold to stand in Brazil.