"The 8th annual Eastern Fall Sale held last month at Timonium was an unqualified success with new records set for gross receipts and average price per head. The gross sales amounted to $1,123,300—the first time that the million dollar figure has been reached in the Eastern Fall Sale. The average price for the 225 yearlings sold was $4,992—ten per cent higher than the previous record high average for the Eastern Fall Sale. Previous high gross receipts were established in 1966 when 316 yearlings brought $911,900. The average price that year was $2,885. Previous high average was the $4,472 set in 1967. Gross sales in 1967 were $836,300 for the 187 head sold." 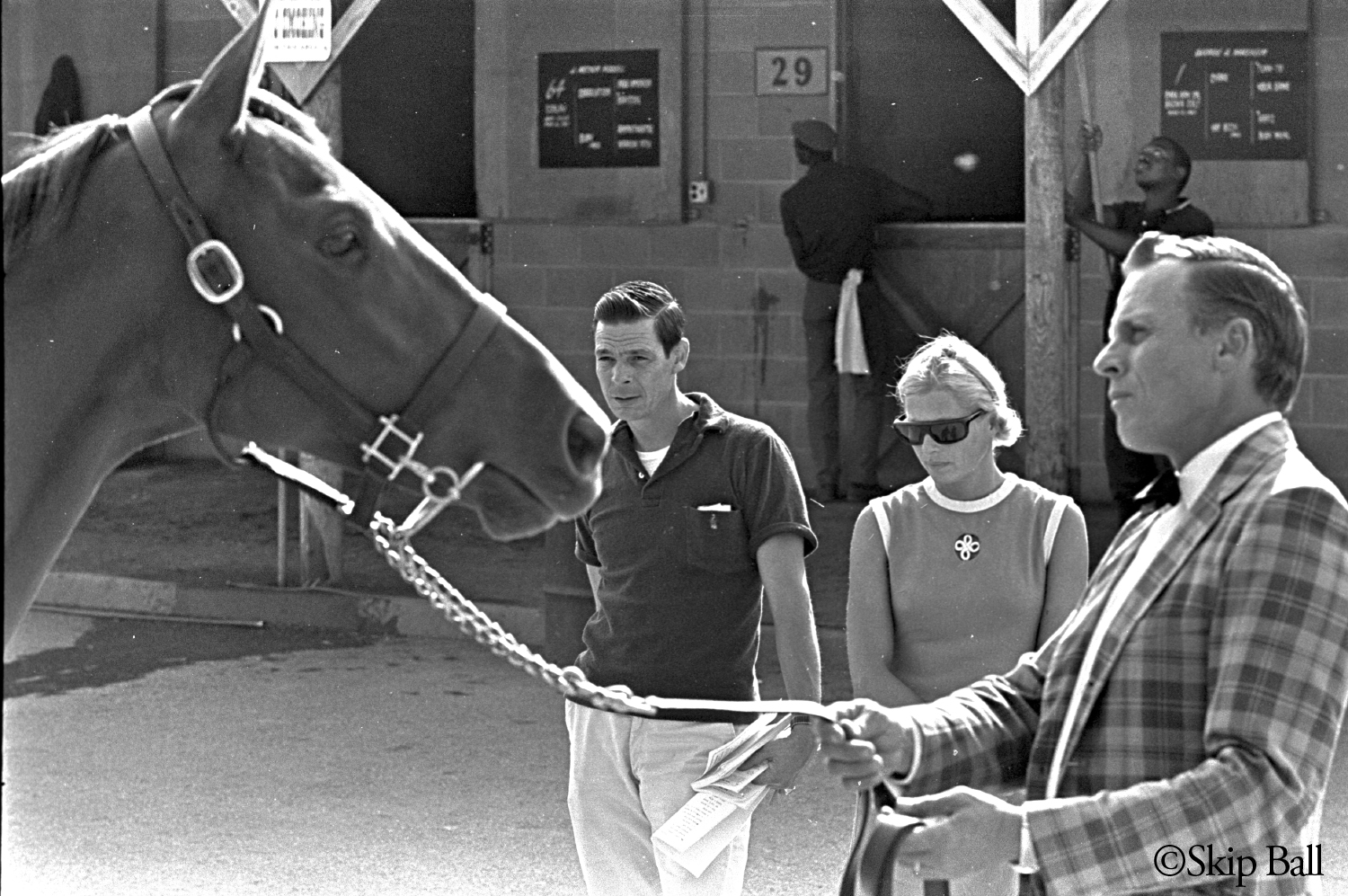 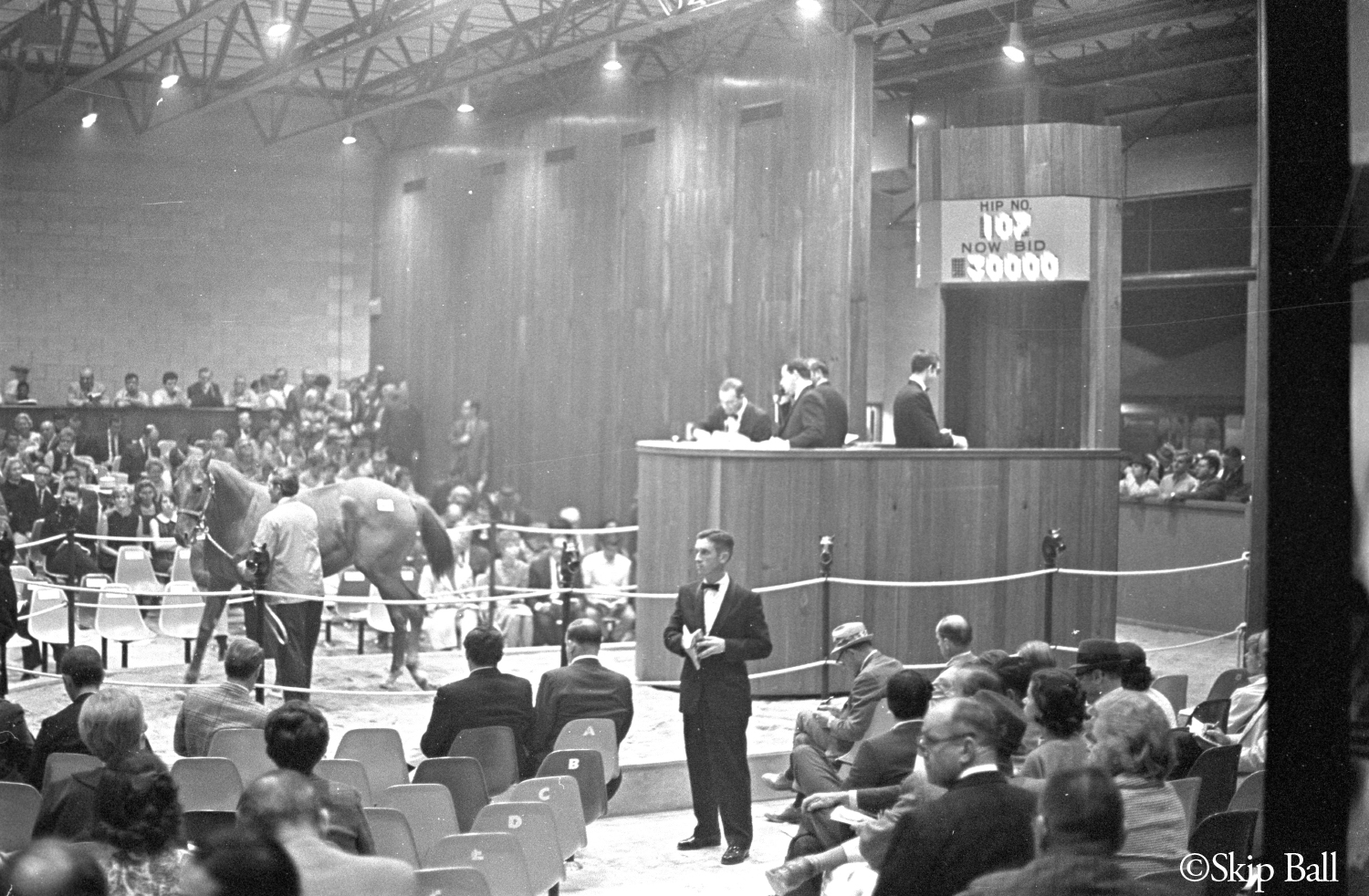 Balustrade’s half-brother, consigned by Mike Martin, brought top price of $30,000 on bid from Elberon Farm. The colt was set to Merryland Farm for his early education. 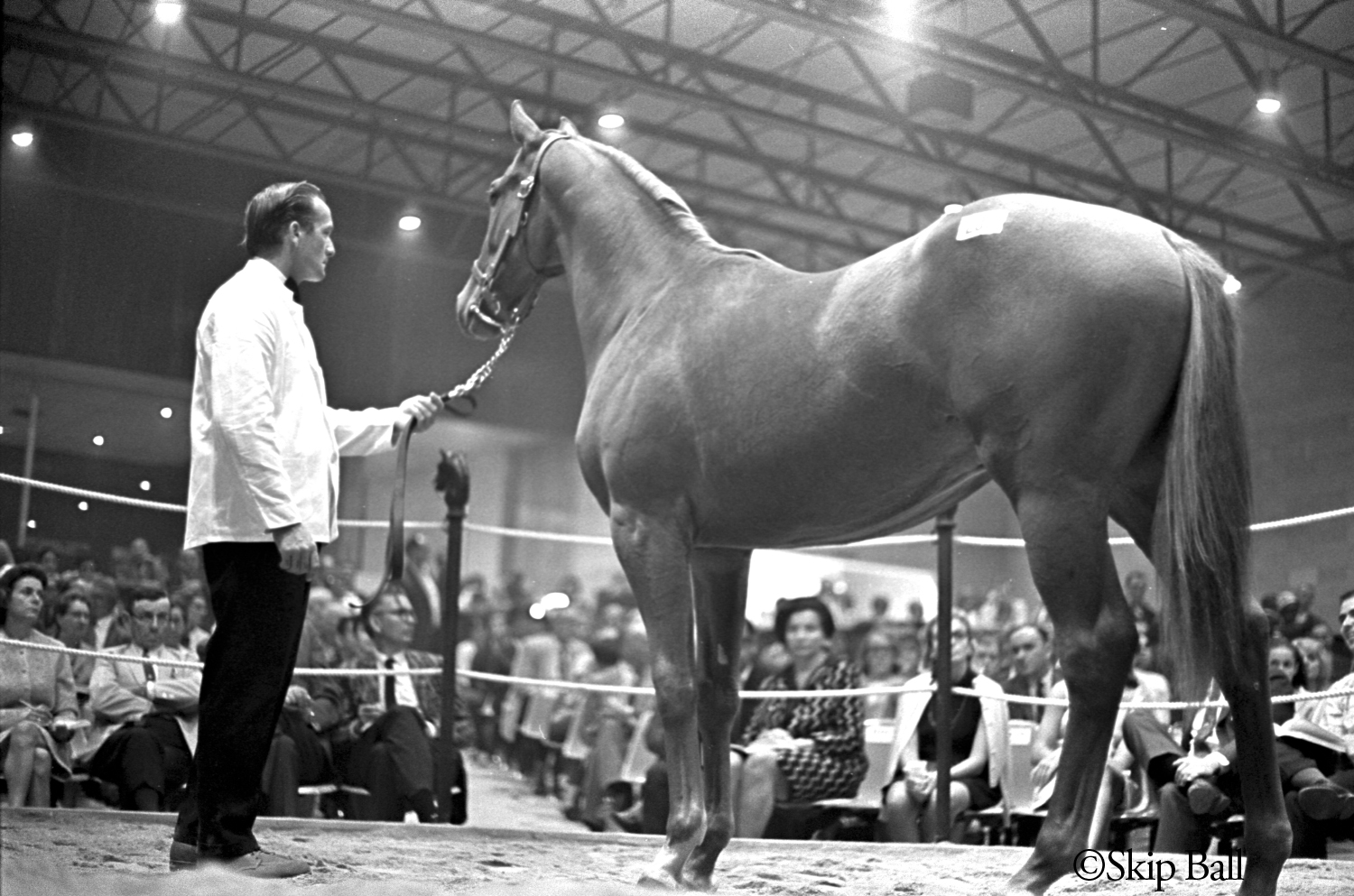 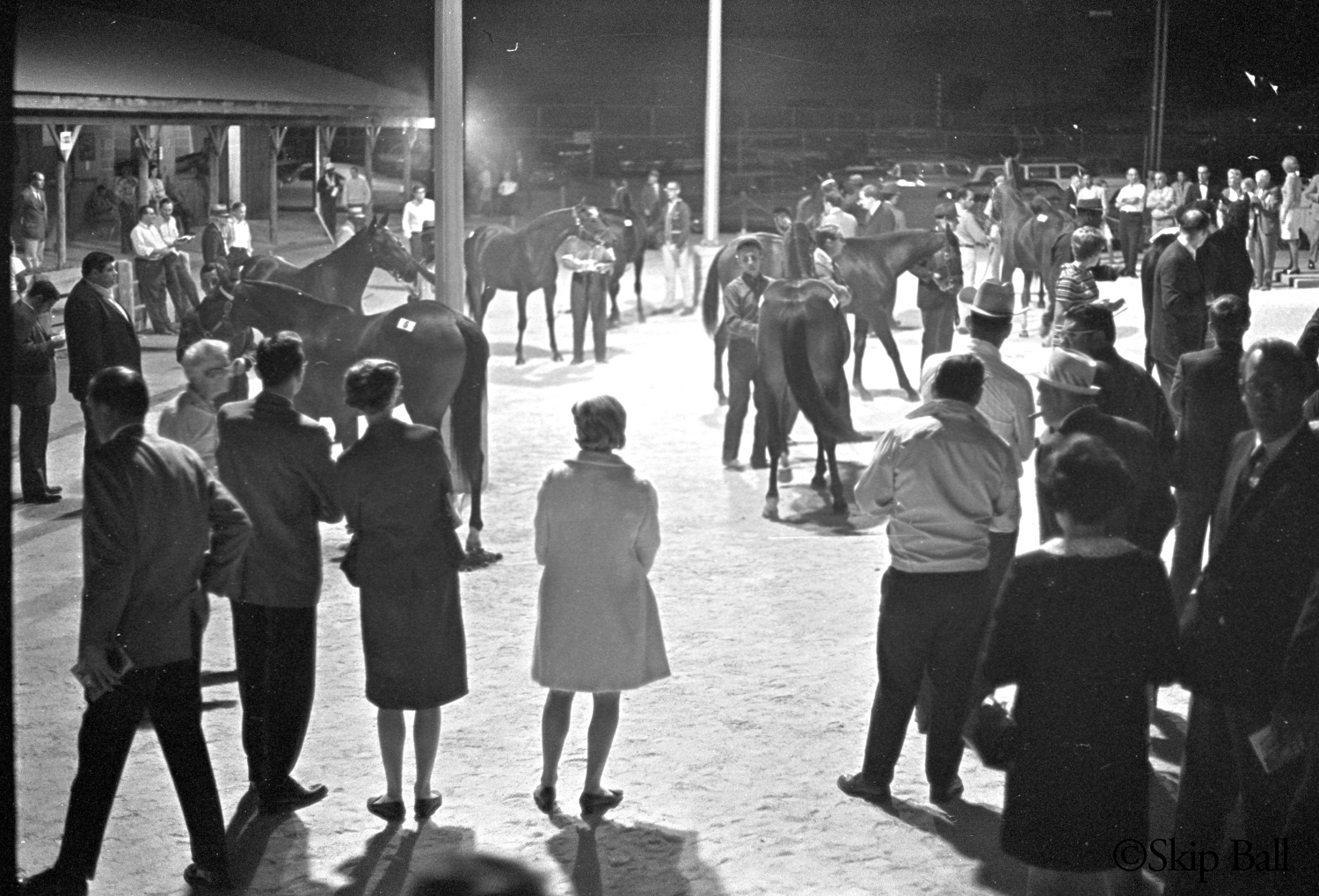 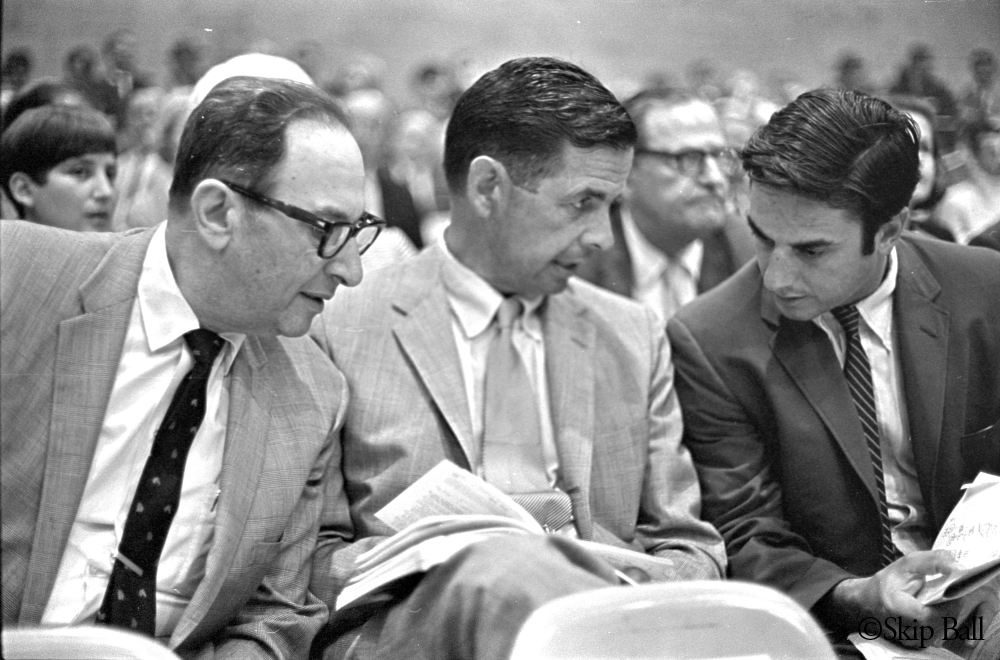 Herman (left) and Nathan Cohen, a father and son team in racing, flank their trainer, Doug Small, as they confer with him at the sale. 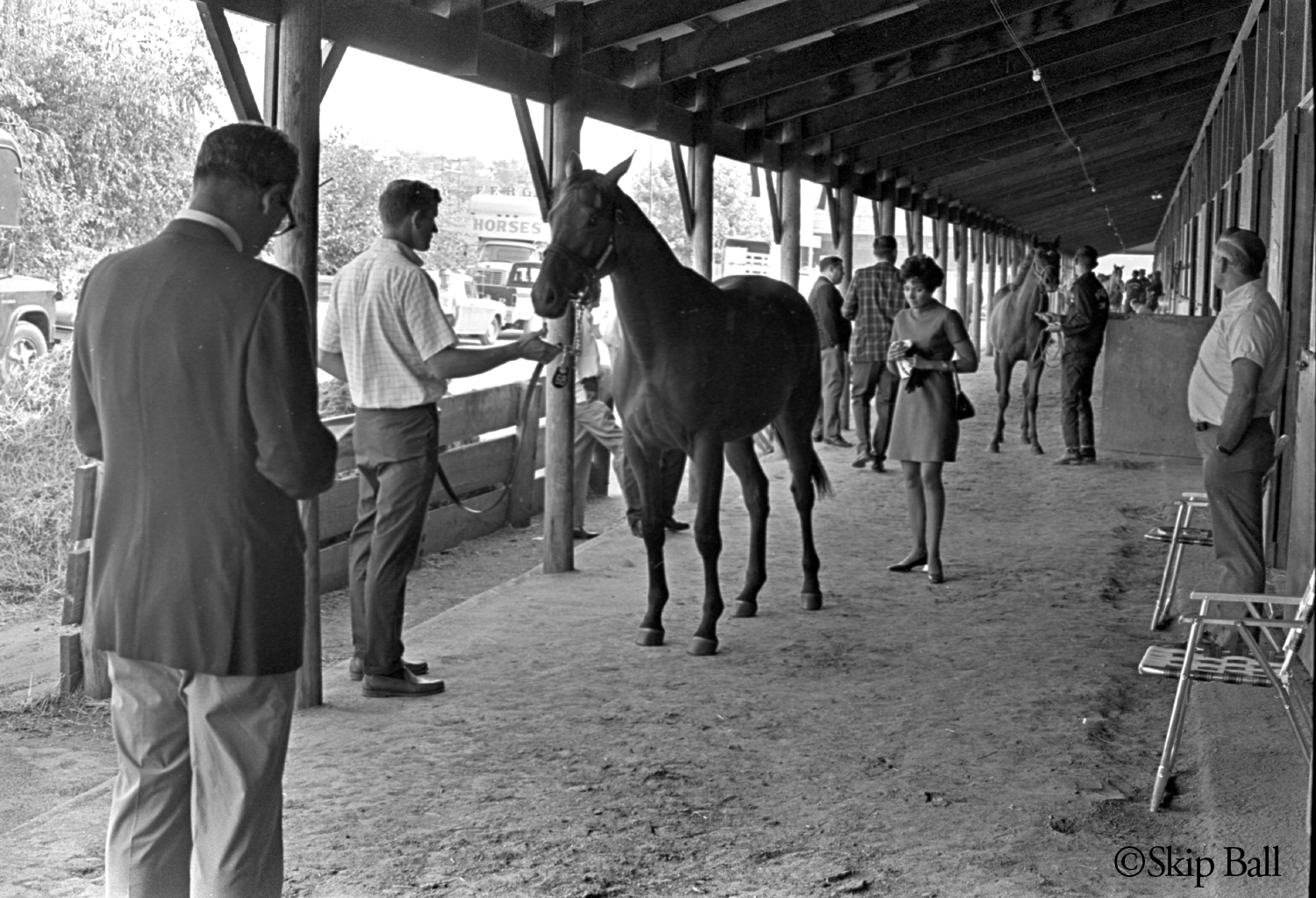