The Maryland Horse cover said it all: “The tremendous thrill of a Kentucky Derby victory was soon overshadowed by unbelieving despair when stewards ordered Dancer’s Image disqualified.”

Peter Fuller’s dream of breeding and owning a Derby winner lasted less than four days when the urine test for his Maryland-bred Native Dancer colt came back positive for phenylbutazone (Bute). Mrs. Gene Markey, owner of second-place finisher Forward Pass, said “I’m awfully sorry for Mr. Fuller. . . It’s such an awful thing – to go through the ecstasy of winning the Kentucky Derby and then have it taken away from you.” 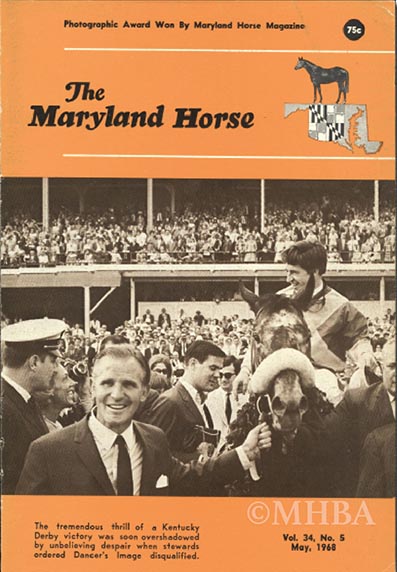 Fuller responded to the findings: “I don’t know if the drug was used at all, but I know that it wasn’t used illegally.”

Dancer’s Image was the first, and remains the only, winner of a Triple Crown race to be disqualified.

Said Mountain Dew’s 70-year-old owner/trainer, Janon Fisher Jr.: “This wasn’t as bitter a pill as you might think. If you had a way to choose Mountain Dew’s last race you’d want him to run his best and not be disgraced. And that was the way he ran. . .”

Mountain Dew bowed a tendon and never raced again, but he spent a number of years in the hunting field for Janon Fisher’s daughter Kitty Jenkins before retiring for good at her farm at age 18. He was 24 when put down due to deteriorating health late in the summer of 1979. Fisher died earlier that year at age 81. 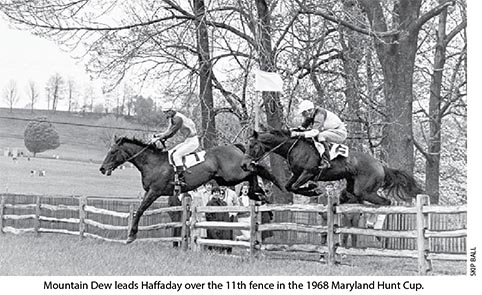 Mountain Dew had shown great form in the Grand National in Butler the week before the Hunt Cup, leading nearly all the 3 miles and 18 fences and turning back Haffaday to record his sixth win in seven years.

The first foal for Native Dancer’s 1966 Kentucky Derby winner Kauai King was born at Glade Valley Farm near Frederick, Md., in March. Out of the stakes-placed Greek Song mare Seventh Muse, the colt was bred by Dorothea Foote. 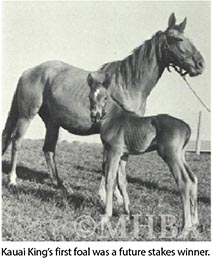 Named Hooki Lau, the colt became one of a handful of stakes winners for his sire when taking Fonner Park’s 1973 Gus Fonner Handicap.