After years of assisting with her husband Charlie’s stable, Ann Stewart Fenwick ventured out on her own and with her first Maryland Hunt Cup starter won the race with Ivory Poacher. The first Hunt Cup entry for Landslide Farm, a partnership between brothers Redmond and Jervis Finney of Upperco, Md., and Lew and Jane Rawlings of Villanova, Pa., Ivory Poacher was ridden by 24-year-old Sanna Neilson, who in two trips over the course had two wins. Neilson had won two years earlier aboard Tom Bob.

A long lineage of families and Hunt Cups intertwined – Fenwick’s grandfather was Redmond Stewart, whose lone win in a remarkable record as a rider (he also had five seconds and three thirds) was aboard the family horse Landslide in 1904. Fenwick and the Finneys were first cousins; Neilson the daughter of Ann’s sister Nina Stewart Strawbridge.

Baltimore native Tom J. Kelly, among the most successful Thoroughbred trainers on the East Coast for more than four decades, was elected to the Racing Hall of Fame. 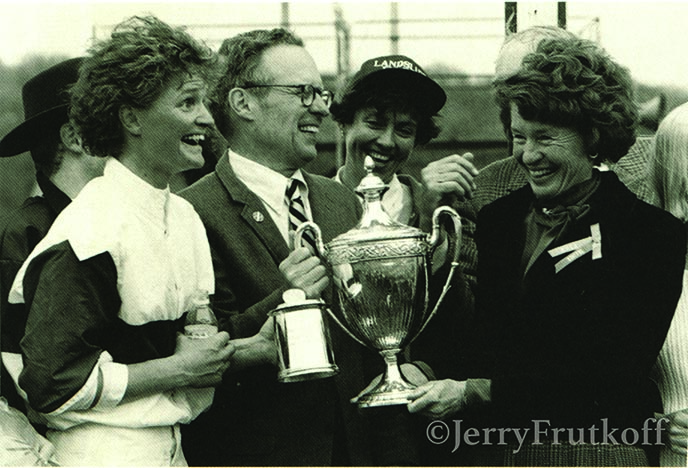