Defending Eclipse Award-winning steeplechaser Good Night Shirt was a determined winner in his first start of the year, the Grade 1 Georgia Cup at the Atlanta Steeplechase. “The race did not set up for him at all,” said trainer Jack Fisher. “Nothing went his way, and he still won. I’m glad he’s in my barn. If I was anybody else I’d be scared of him.” It was the Maryland-bred son of Concern’s fourth Grade 1 win in five starts. 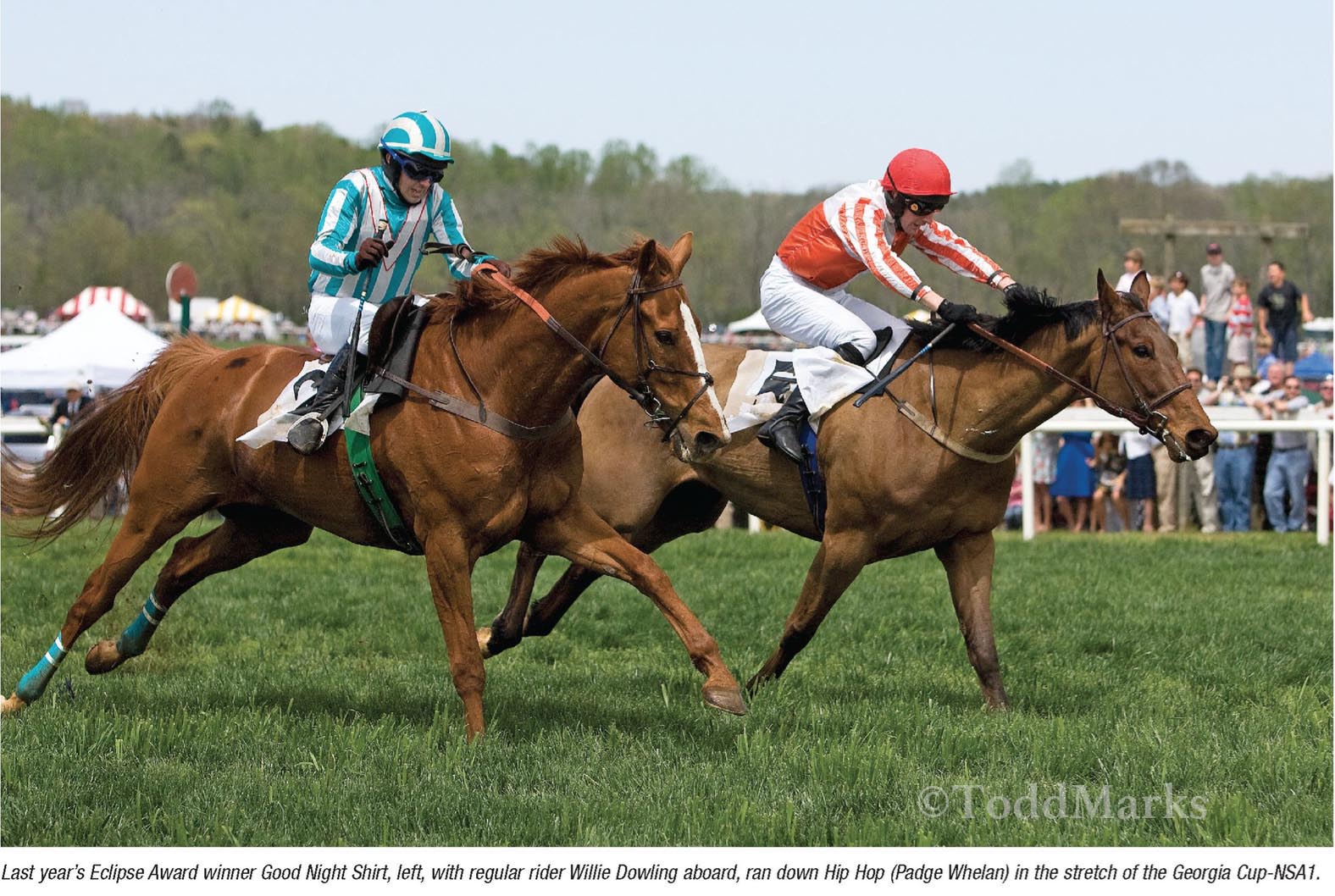 Jockey Edgar Prado was named to the National Racing Hall of Fame. The native of Peru moved to the U.S. in 1986 and rode in Florida and Massachusetts before settling in Maryland. While based in Maryland he led the nation in victories for three consecutive years, from 1997 to 1999, and became the fourth rider in history to record 500-plus wins in a year, hitting 536 in 1997. He moved his tack to New York in the summer of 1999, and followed with an Eclipse Award as champion jockey in 2006. Counted amongh his most memorable mounts was Kentucky Derby-G1 winner Barbaro.

Charlie Fenwick III followed in his family’s footsteps in the Maryland Hunt Cup as he guided Irv Naylor’s Askim (NZ), trained by his mother Ann Stewart, to the victory. 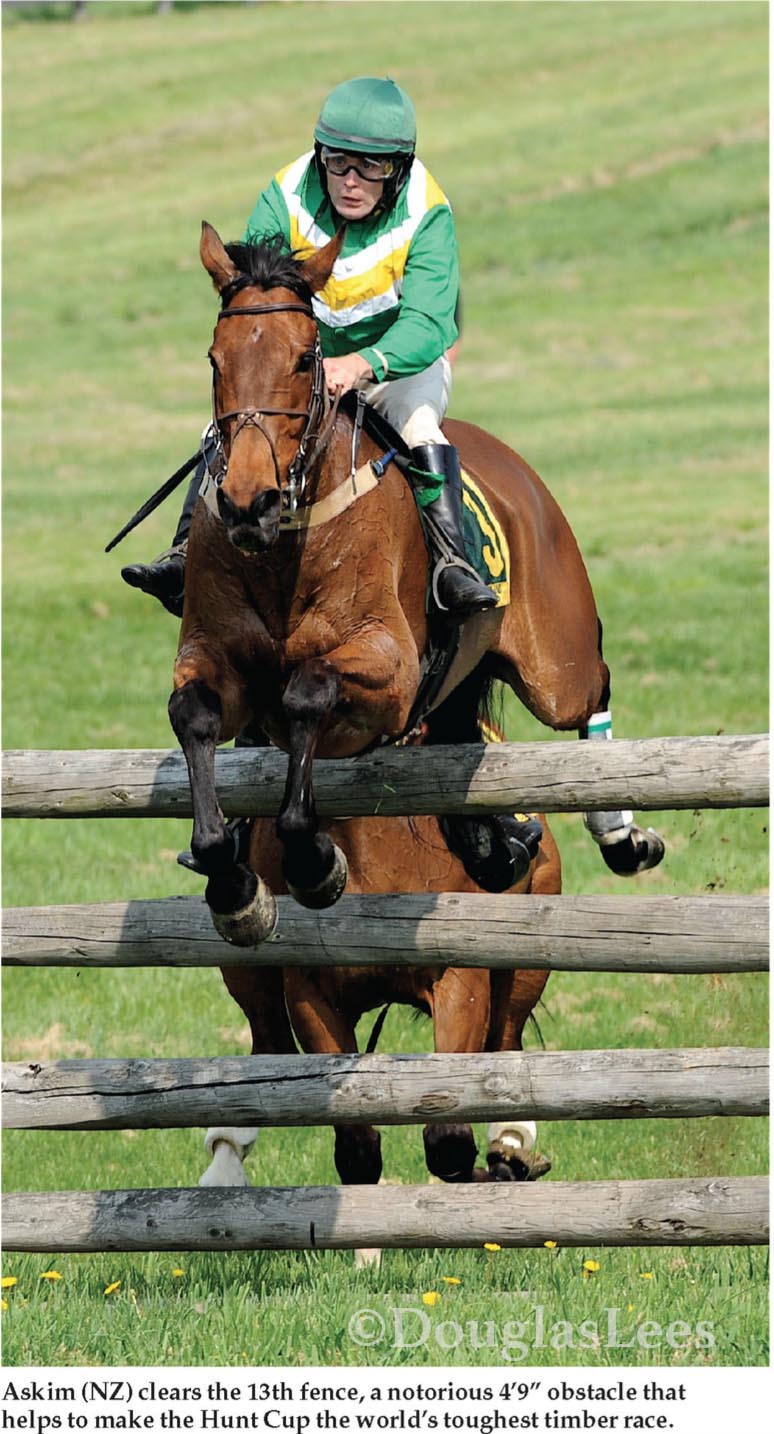 “It means a lot,” he said. “It’s quite emotional – it’s just fun. Some of my earliest memories of childhood are right here.”

Earle Mack’s 3-year-old Icabad Crane, a son of Jump Start trained by Graham Motion, recorded his first stakes win in Pimlico’s Federico Tesio Stakes, a steppingstone to the Preakness. “He’s a lovely horse,” said his trainer. “A pleasure to be around.” It was one of three stakes wins on the card for his Preakness-winning rider Jeremy Rose. 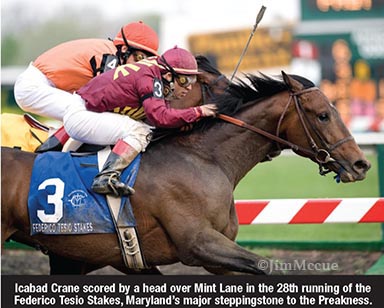 Icabad Crane, finished third in that year’s Preakness, retired a five-time stakes winner of $585,980, and has been a joy for all who have worked with him. Now competing as an event horse for Phillip Dutton, the bay gelding won the title of Most Wanted Thoroughbred at the 2014 Retired Racehorse Project’s Thoroughbred Makeover.