The Knave High filly, bred in New Jersey by Mr. and Mrs. Amory Haskell’s Woodland Farm, sold for $450 and salvaged a seemingly disastrous first venture for Cicero. The young owner had purchased three yearlings at the sale – it was determined one was a wobbler, the second was found to be nearly blind with cataracts. Royal Flush went on to earn $55,745 from 111 starts and became a stakes producer, with 10 winners from as many foals. 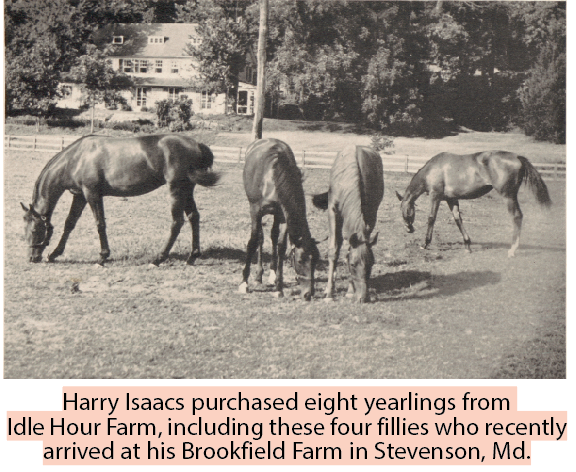