Delaware native Rick Porter talked about the extreme highs and lows as an owner with writer Sean Clancy. In his 15 years in the business, the highs were stratospheric, with a Breeders’ Cup win in the Distaff with Round Pond, a Grade 1 Alabama victory with Jostle, and classic-placed multi-millionaire Hard Spun. But the tragedy of Eight Belles after finishing second in the 2008 Kentucky Derby-G1 was haunting. “I wasn’t sure I wanted to go on,” said Porter of continuing the stable, but he discussed it with family, friends and trainer Larry Jones. “You try to talk it out and get it off your chest, try not to keep it inside and gradually. . . you’ll never forget it, just somehow you keep going,” he acknowledged.

One year later one of his best, future Horse of the Year Havre de Grace, made her 2-year-old debut at Delaware Park.

“Trainer Kelly Breen is one to watch” was the headline as the Monmouth Park-based trainer regrouped. After having his stable grow to 90 horses by 2006, he scaled back and had a stable of 20, mainly 2-year-olds, on the backstretch of the Jersey shore track in 2008, all belonging to relatively new owners George and Lori Hall. Among the horses he unveiled was stakes-winning juvenile filly Bold Union.

The team of the Halls and Breen proved highly successful, producing such runners at 2011 Belmont Stakes-G1 winner Ruler On Ice and millionaire Pants On Fire.

Hall of Fame trainer Warrren “Jimmy” Croll, a native of Bryn Mawr, Pa., and a fixture on the backstretch at Monmouth Park for more than 50 years, died at the age of 88.

He took out his trainer’s license in 1940 and sent out his first winner that year. After training in Maryland, New York and Delaware he eventually settled on the New Jersey-Florida circuit. He was credited with 48 graded stakes wins upon his retirement in 2002.

Croll was inducted into the Racing Hall of Fame in 1994.

Record-setting performances occurred early in Presque Isle Downs’ second meet, as Pennsylvania-breds Whistle Pig lowered the 61⁄2-furlong mark by nearly a second to 1:15.04 in the Presidentialaffair Handicap, and Delaware River shattered the 11⁄8-mile standard by more than a second, getting the distance in 1:51.95 in the Willy Wank Handicap. 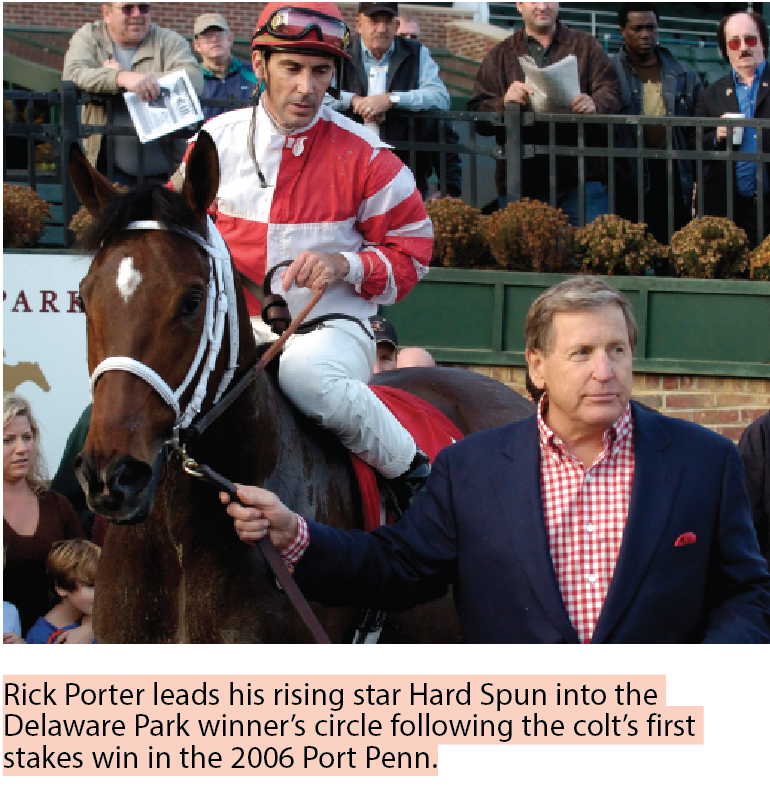