Julie Krone, the first (and still only) woman rider to win a Triple Crown race when guiding Colonial Affair to victory in the Belmont Stakes-G1 that June, was also the leading Maryland Million rider. Her eight wins in five years gave her a two-win advantage over Kent Desormeaux.

A magazine profile on the rider who spent many years plying her trade in the region included an account of her big break in Maryland, first with agent Chick Lang Jr., and then with agent Gerald Delp, who set her up to ride first call for his father, Hall of Fame trainer Bud Delp. The winningest female rider in history, Krone was fast approaching 3,000 wins, had been leading rider at Monmouth and Meadowlands, placed in Breeders’ Cup races, and had been on the cover of Sports Illustrated. Her Maryland Million wins came aboard Countus In, three-time winner of the Ladies; Ms. Gold Pole and Missy White Oak in the Lassie; Safely Kept in the Distaff; Deputation in the Oaks; and Classic winner Master Speaker.

Krone’s 1993 season came to an end on the last day of the Saratoga meet, Aug. 30, when thrown during the running of a race and breaking her ankle. She would compete just once more on a Maryland Million day card, finishing off the board in two starts in 1997.

Two of the region’s 1992 classic performers were off to stud. Lil E. Tee, the first Pennsylvania-bred to win the Kentucky Derby-G1, was retired after suffering a hairline fracture of his right sesamoid during a morning gallop at Churchill Downs. Bred and sold as a yearling by Lawrence I. Littman and campaigned by W. Cal Partee, Lil E. Tee retired with a record of 13-7-4-1 and earnings of $1,437,506.

New Jersey-bred Horse of the Year Dance Floor, who finished third behind Lil E. Tee in the Derby, was in the process of being syndicated to stand in New Zealand. The multiple graded stakes winner of $863,299 was bred by William A. Purdey and raced for Oaktown Stables, the nom de course for rap star M.C. Hammer and his family. 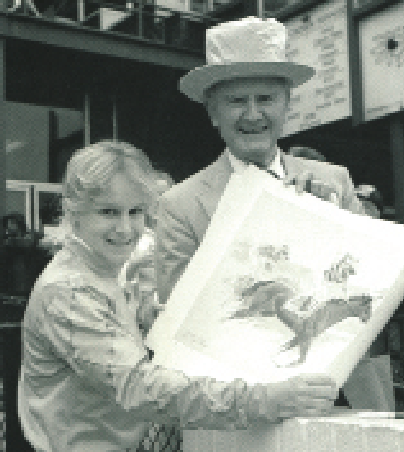