The Fasig-Tipton Midlantic Eastern Fall Yearling sale took a hit with a declining national ecomony. The gross was the lowest in 10 years, the average of $17,001 for 483 sold was down nearly 27 percent from the year before, and the buyback rate was an astonishing 36 percent. 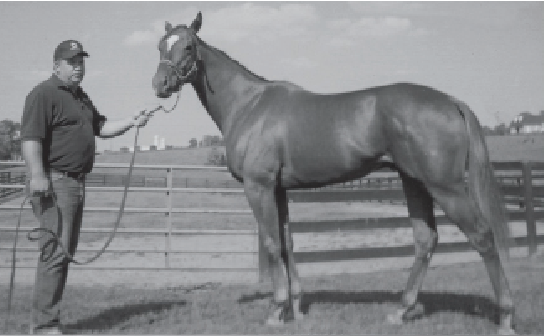 Among the brightspots were the horses from the consignment of Herb and Ellen Moelis’ CandyLand Farm. Topping the sale by gross and second by average (with 19 sold for $823,700, average $43,353), CandyLand was represented by two of the top three prices, including the $320,000 sales topper. A son of Holy Bull out of the Citidancer mare Disco Darlin’, the colt was bred in Pennsylvania by Classic Thoroughbred XVIII (a partnership of the Moelises, Jim Ferguson and Mike Lipper) and purchased by Pennsylvanian Ed Stevenson.

The sales topper, named This Ain’t No Bull, had his ups and downs in a career that spanned six seasons while bouncing around in claiming company, but eventually won 12 of 36 races, a couple of Pennsylvania-bred stakes, and earned $407,182.

Eclipse Award-winning steeplechaser Good Night Shirt remained a perfect 3-for-3 in 2008 while defending his title in the Lonesome Glory Hurdle at Belmont Park, his fourth consecutive Grade 1 victory (and sixth in his last seven starts). The Maryland-bred son of Concern owned by Sonny Via was one of an arsenal for Maryland-based trainer Jack Fisher, who sent out the winners of the first three stakes during the fall season.

Charitable Man, bred in Virginia by Edward P. Evans and campaigned by Mr. and Mrs. William Warren, had established himself as one of the nation’s top juveniles before being sidelined by injury. After winning first out by 111⁄2 lengths at Saratoga, the Kiaran McLaughlin trainee easily captured the Grade 2 Futurity at Belmont. A saucer fracture in his left shin discovered after a workout a few weeks later put the son of Lemon Drop Kid on the sidelines.

Two dramatic efforts at Monmouth Park yielded lucrative wins for Kentucky Derby/Preakness winner Big Brown, who followed his Grade 1 Haskell score with a victory in the inaugural Monmouth Stakes, a September grass race created for the classic winner as a prep for the Breeders’ Cup Classic-G1 (over Santa Anita’s synthetic surface). The race carried a purse of $500,000, with the stipulation that should the Kentucky Derby winner not start, the purse would drop to $200,000. His first time facing older horses, Big Brown led throughout the 11⁄8 miles and held off Proudinsky (Ger) to win by a neck.

It was Big Brown’s final race, as a foot injury in a workout a month later at Aqueduct forced his retirement. The son of Boundary won all seven races he finished – his only loss the Belmont Stakes-G1 when pulled up.

The 2-year-old gelding Russell Road (above) became the latest stakes winner for his West Virginia-bred dam Roberta Grump. His second win in three starts came in the Dr. Ernest Benner Stakes. Russell Road was one of eight winners from eight foals of racing age for Roberta Grump, whose other stakes winners were the fillies Sweet Annuity, Shesanothergrump and Shesagrumptoo. 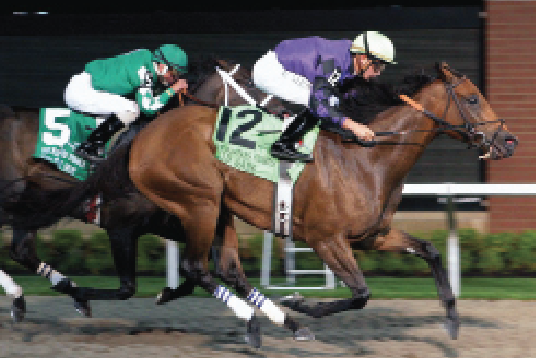