Virginian Paul Mellon and trainer Mack Miller had yet another glorious weekend when Rokeby runners Sea Hero and You’d Be Surprised captured Grade 1 races on back-to-back days at Saratoga. Sea Hero knew how to shine on the biggest stage, adding the $1 million Travers Stakes trophy to that of the Kentucky Derby-G1, his only wins in nine starts for the year. You’d Be Surprised followed a Grade 1 win in Belmont’s Top Flight by taking the John B. Morris Handicap.

Trainer Ron Cartwright was the headliner on a festive Maryland Million Day, sending out three winners on the 12-race card – Forry Cow How (Classic), Mz. Zill Bear (Ladies) and Gayquare (Handicap). “It was the biggest day in my entire career,” said the former steeplechase rider. “I’ve had three winners in one day before – but never three stakes with so much money.” 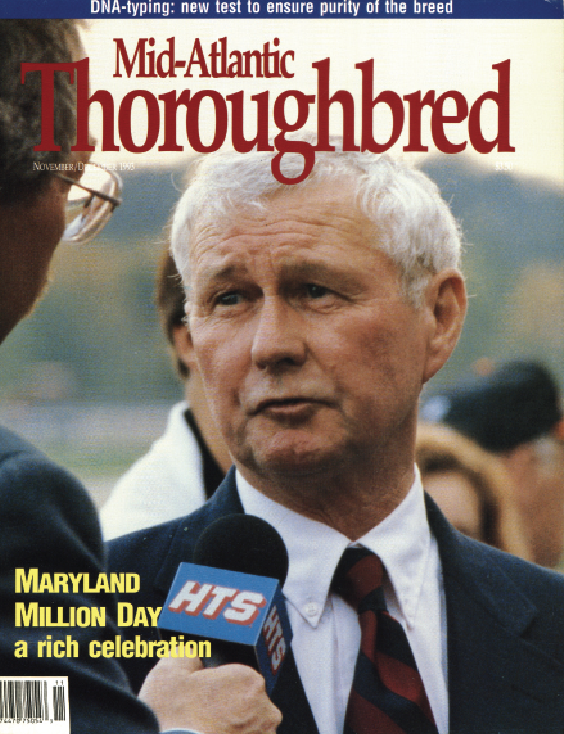 Millionaire and 1987 Maryland Million Classic winner Little Bold John was retired at the age 11. The John Alden gelding, bred by Hal C.B. Clagett and raced for the majority of his career by Jack Owens, had won 38 of 105 starts and held the record for most stakes wins on the flat for a Maryland-bred (25). With his mane and tail done up in blue and white pom-poms, he joined another Classic winner, Timely Warning, in a special farewell parade before the Maryland Million Day crowd.

For the fifth year in a row, a member of the Casey family won the richest race on West Virginia Breeders Classic night. The latest was a repeat win for John A. Casey’s homebred Coin Collector, a 4-year-old son of home stallion Weshaam. Taylor Mountain (1989-90) and Nice Ainit (1991) were previous Classic winners for the Caseys.

The Fasig-Tipton Eastern Fall Yearling Sale showed a strong regional market. “Most consignors were satisfied, if not elated,” said Dr. Robert Leonard, managing partner of Glade Valley Farms, the leading consignor by average ($28,125). “Overall, the sale was fairly encouraging – more so than the sales in the last couple of years. Of course, we were gratified when the colt from Rollicking’s last crop was so well-received [second-highest price in the sale at $77,000].” 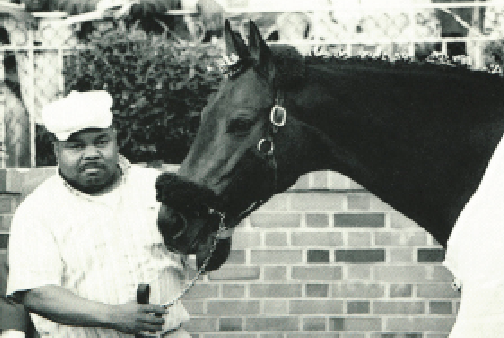