Northview PA in Peach Bottom was ready for its first breeding season, having completed an eight-stall stallion barn, 20-stall broodmare barn, breeding shed and office, and fencing around much of the 177 acres that used to be corn fields in fertile Lancaster County in Pennsylvania. First-year stallion Fairbanks, a son of Giant’s Causeway, was joined by Congressionalhonor, Love of Money, Medallist and Partner’s Hero for Northview’s new venture. 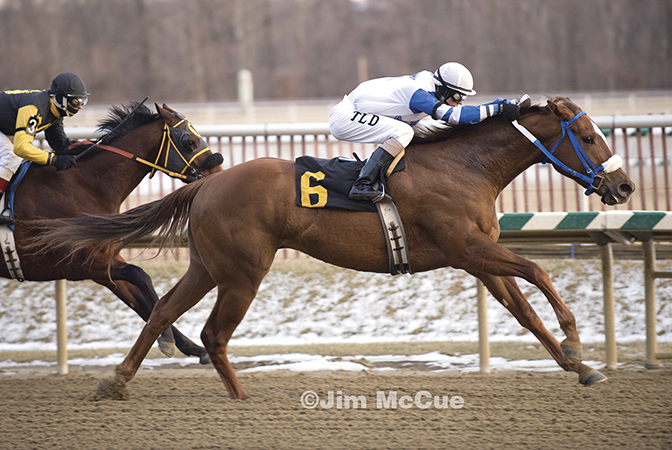 • The West Virginia-bred just-turned 3-year-old Russell Road shipped to Laurel Park and recorded his sixth-straight victory in the Dancing Count Stakes.
“Early on we knew he was a special horse,” said trainer James W. Casey of Mark Russell’s runner. Casey’s son, James M. Casey, handled the saddling duties at Laurel. “He hasn’t been challenged at all here in West Virginia,” said the elder Casey, “so we thought it would be good to send him to Laurel and run against some outsiders.”
• Sagamore Farm owner Kevin Plank had a budding star in his stable when the 3-year-old filly Shared Account remained undefeated in two starts, capturing a Laurel allowance by 7 lengths under Jeremy Rose in January. Trainer Graham Motion sent the filly out for her winning debut at Laurel on Halloween. The daughter of Pleasantly Perfect had been purchased by Plank as a yearling for $170,000 at Keeneland.
Shared Account would go on to race through age 5, win the 2010 Breeders’ Cup Filly and Mare Turf-G1 and earn $1,649,427.
• New Jersey had a new stallion with the retirement of Daniel Lopez’s hard-knocking New Jersey homebred stakes winner Hey Chub. The son of Carson City out of stakes winner and New Jersey-bred champion Donna Doo came from a long line of stakes-winning stakes producers. He would stand at his owner’s Joe-Dan Farm in Medford.
Hey Chub has been New Jersey Stallion of the Year since 2006 and is the sire of New Jersey-bred champions Chublicious and Brother Chub. 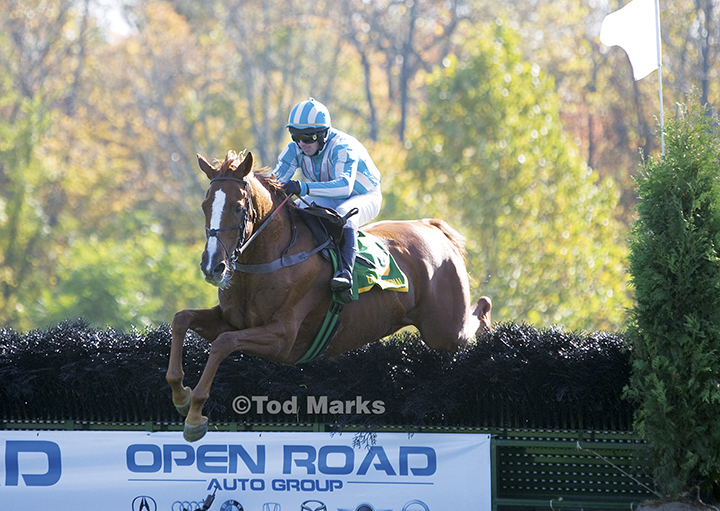 • Two-time Eclipse Award-winning steeplechaser Good Night Shirt was named Maryland-bred Horse of the Year of 2008, the first time a jumper was awarded the top honor in the 47-year history of the awards. Sonny and Ann Via’s chestnut son of Concern trained by Jack Fisher won five Grade 1 steeplechase races in five starts in 2008, was the richest state-bred runner of the year and was close to breaking the $1 million mark in career earnings. Said Tom Bowman, who bred the gelding with his wife Chris, “If a steeplechase horse is ever going to get it, he’s the horse and 2008 is the year.”
• The richest runner of 2008 bred in the Mid-Atlantic region was from New Jersey. Eb Novak’s homebred Wild Gams, a daughter of Forest Wildcat racing in the name of Novak’s New Farm, had a spectacular 5-year-old campaign, topped by a track record-setting performance in the Presque Isle Downs Masters Stakes. Her earnings of $490,000 from five starts edged Good Night Shirt, with $485,520, and the foreign-based Pennsylvania-bred Lord Admiral, with $411,341.