Allaire duPont and E.P. Taylor announced plans to encourage breeders to Maryland’s Chesapeake City area of St. Augustine. The two Thoroughbred leaders envisioned St. Augustine as a breeding hub of the highest quality that would also preserve the landmarks, charm and history of the area. The two sponsored the first edition of a monthly newsletter titled The St. Augustine Post and were moving forward with expansion of their own operations.

• John A. Manfuso, a Maryland owner/breeder who helped found the Horseman’s Benevolent and Protective Association 20 years earlier, was elected national president. It was noted that “Mr. Manfuso is extremely well-informed on the problems which confront horsemen and for almost 30 years has worked for an improvement in backstretch conditions for stable help.” 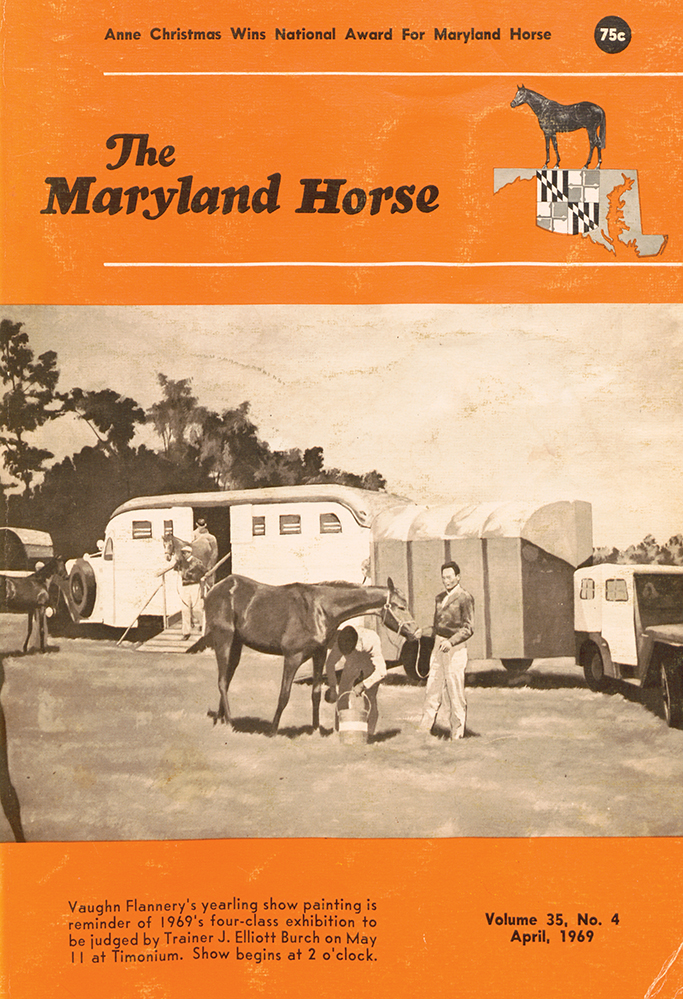 • A Vaughn Flannery painting depicting the MHBA yearling show appeared on the cover to remind exhibitors that the 1969 show would be held in early May in Timonium, with trainer J. Elliott Burch judging.
• Nathan Cohen’s flashy 3-year-old homebred Mister Diz captured Bowie’s Prince Georges Stakes and Pimlico’s Challedon Stakes in a nine-day span in March.