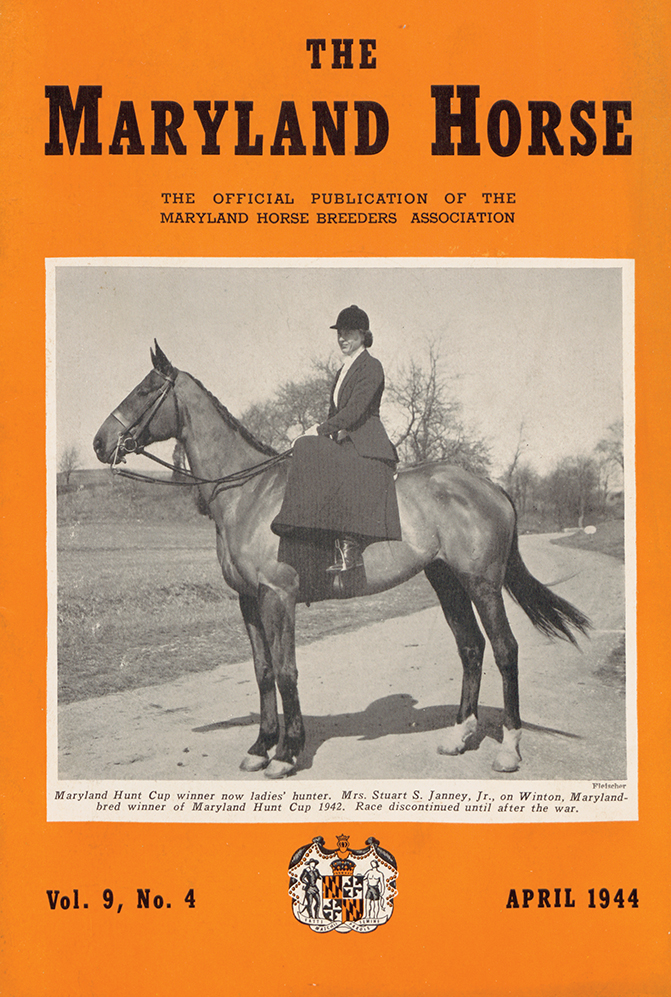 Mrs. Stuart S. Janney Jr. and her ladies’ hunter, 1942 Maryland Hunt Cup winner Winton, appeared on the cover of the magazine. For the second year in a row, the Hunt Cup would not be run because of the war.

• An announcement noted that the Maryland Horse Breeders Association’s annual meeting would be held May 2 at Pimlico’s clubhouse – the date was earlier than usual, due to the fact that the races were to be run on the new wartime schedule. It also noted that “under the present condition it was not thought wise to hold the MHBA Annual Yearling Show.”

• In a list of Maryland foals, Country Life Farm reported its American Flag mare Lady Glory produced a colt in March to the cover of Case Ace, and was going back to the same sire.

The mare was a regular visitor to Case Ace, who stood at Joseph M. Roebling’s Harmony Hollow Stud in New Jersey, as seven of her 11 foals were by the *Teddy stallion. Her foal of 1944, named Lady’s Ace, finished second in the Louisiana Derby. Her next two Case Ace foals were stakes winners Mr. Ace and Raise You, the latter gaining immortality as the dam of champion and influential sire Raise a Native.