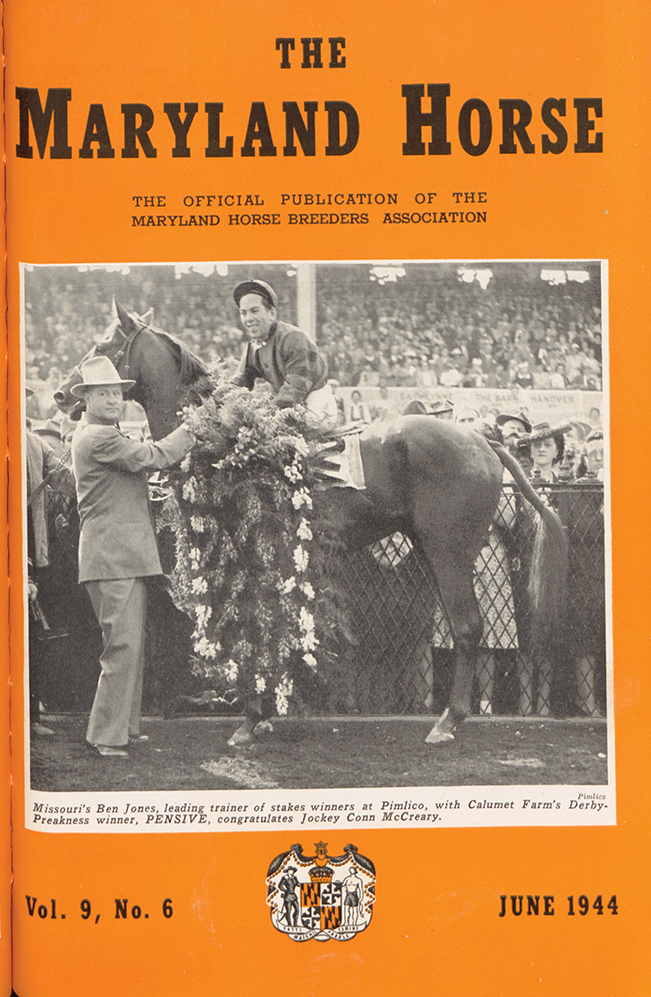 The combined Maryland spring meet at Pimlico was a huge success, as more than 400,000 patrons turned out over the 28-day meet (an average of more than 14,000 per day), even with adverse weather conditions the first 15 days. However, it wasn’t the attendance, record handle, quality of racing or the weather which gained the most attention, but Warren Wright’s Calumet Farm and trainer Ben Jones domination from start to finish. Calumet colorbearer Pensive won the meet’s first stakes (the Rowe Memorial) and last (Preakness), and in between Sun Again captured the Southern Maryland, Gittings and Dixie Handicaps, and Twilight Tear took the Pimlico Oaks and Rennert Handicap.
Pensive made five starts during the Pimlico meet, winning three and finishing second in the other two. In between the April 29 Chesapeake Stakes and May 13 Preakness, he shipped to Kentucky to win the Derby. However, Twilight Tear was the stable’s bigger star, eventually being named that year’s top 3-year-old and Horse of the Year.
• One race Pensive didn’t win was the Chesapeake, as Maryland-bred Gramp’s Image – named by breeder A.J. “Whitey” Abel for being the “spittenimage” to grandsire Man o’ War – held off the Calumet runner to score by a head. Foaled at Robert J. Walden’s historic Bowlingbrook Stud, Gramp’s Image was trained by Abel. He went on to finish fourth in the Preakness.