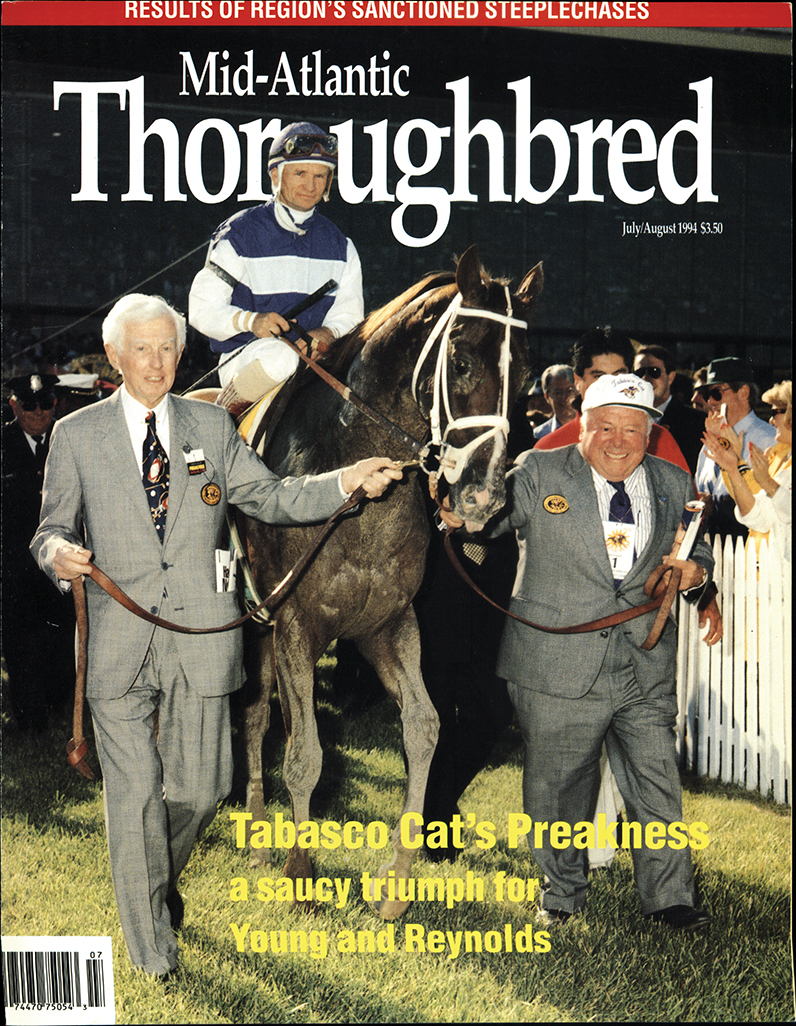 Virginian David P. Reynolds, retired chairman of his family’s Reynolds Metal Company, turned his attention more fully to racing upon his retirement and had his greatest success when Tabasco Cat, a Storm Cat colt bred and owned in partnership with his friend William T. Young, won the Grade 1 Preakness and Belmont Stakes.
Tabasco Cat descended from the mare *Cancelada whom Reynolds purchased more than 25 years earlier. Although the majority of Tabasco Cat’s family was based in Kentucky, Reynolds kept nearly half his broodmares at Worthington Farms in Glyndon, owned by J.W.Y. “Duck” Martin and his wife Glennie, Reynold’s niece. Worthington stallions Lord Gaylord and Northern Raja were part owned by Reynolds.
In the story by Jack Mann, Reynolds recalled his lifetime with horses, back to the first horse he ever bred, a colt named Be Somebody, who lost the rich World’s Playground Stakes in 1962 by a head to Rambunctious. “David Reynolds, 79, remembered Be Somebody distinctly, even in the afterglow of Tabasco Cat’s 2-length triumph in the Belmont. ‘John Rotz was the rider. He switched his stick and tapped the colt left-handed, threw him off stride. It was such a disappointment. I didn’t know if I’d ever have another one that good.’ ”
• Tabasco Cat brought a lot of scrutiny because The Jockey Club approved the trademarked first word of his name. David Reynold’s daughter Dotty Brotherton chose the name for the fiery chestnut colt out of Barbicue Sauce in part because of his color.
The name was the domain of the McIlhenny Company of Avery Island, La., and while vice-president Paul C.P. McIlhenny said he appreciated all the publicity, he noted: “We just wouldn’t like it to go on in the breeding.”
Jim Peden, director of communications for The Jockey Club, acknowledged the mistake and said, “Friendly correspondence between the company and Mr. Young drew our attention to the fact that it is copyrighted. Any subsequent applications for names that include the word ‘tabasco’ will be denied.”
• Preakness week saw Mid-Atlantic-bred runners win eight of 10 Pimlico stakes leading up to the classic. The Grade 2 Black-Eyed Susan was won by Maryland-bred Calipha, a daughter of Maryland sire Two Punch. Virginia-bred Paradise Creek turned back Lure to win the Grade 2 Dixie, and in his next start won the Grade 1 Manhattan at Belmont to remain undefeated in six starts for the year, all stakes.
The Grade 2 Pimlico Distaff went to Virginia-bred filly Double Sixes. Maryland-bred Secret Odds defeated Virginia-bred Honor the Hero to win the Maryland Budweiser Breeders’ Cup Handicap-G3.
• Popular young Maryland sire Norquestor got his first winner in his first crop when Frio River led gate-to-wire in a maiden special weight at Laurel. Norquestor stood at Allen and Audrey Murray’s Murmur Farm in Darlington. 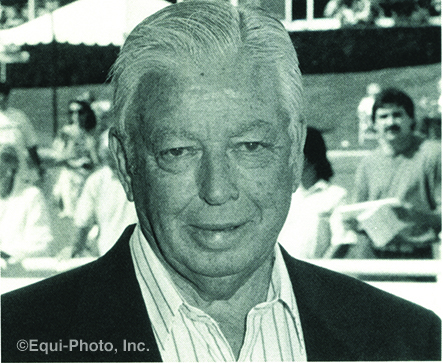