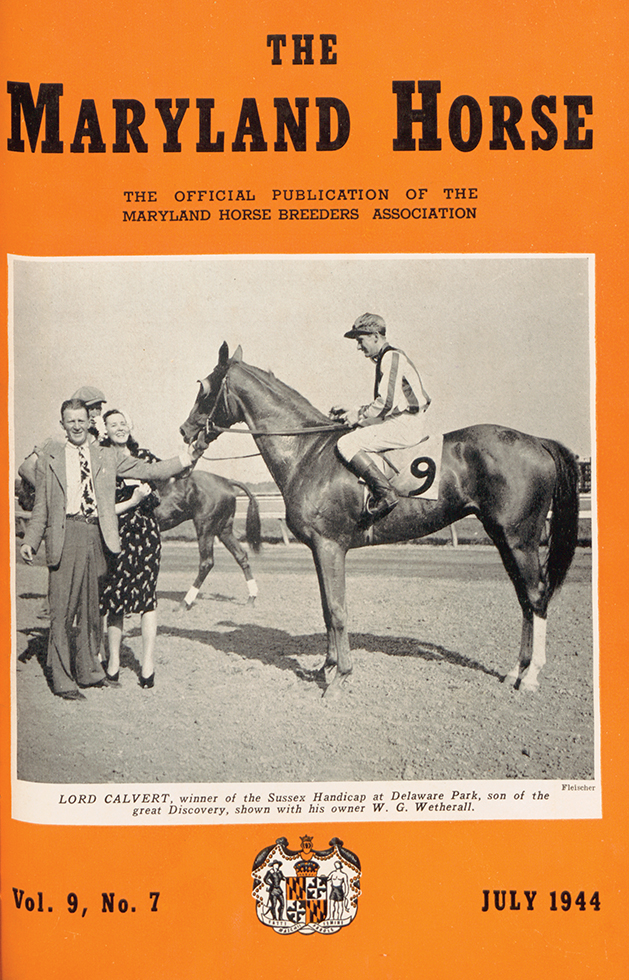 Cover horse Lord Calvert was one of two runners with strong Maryland connections to win Delaware Park stakes, scoring for owner W.P. Wetherall in the Sussex Handicap. The son of Maryland sire Discovery was trained by Frank A. “Downey” Bonsal Jr.
Baltimorian O.L. Bonifay’s Mouse Hole won a division of the Kent Stakes for 3-year-olds. He was trained Danny Shea, who had recently returned to the track after two years in the Army.
• Editor Humphrey Finney was able to take a break from his duties with the Coast Guard and spend an afternoon watching races in North Charleston, S.C., where the first summer meeting of the Charleston Jockey Club was underway. Noted Finney: “Long years ago, when America was in its infancy, the Charleston Jockey Club was the meeting place for the colony’s elite. . . today there still exists that sporting spirit. . .”
Joining Finney at the races was Nick Saegmuller, war-furloughed secretary of the Virginia Horsemen’s Association, and H.A. “Jimmie” Jones, “son of and right bower of Calumet’s B.A.”