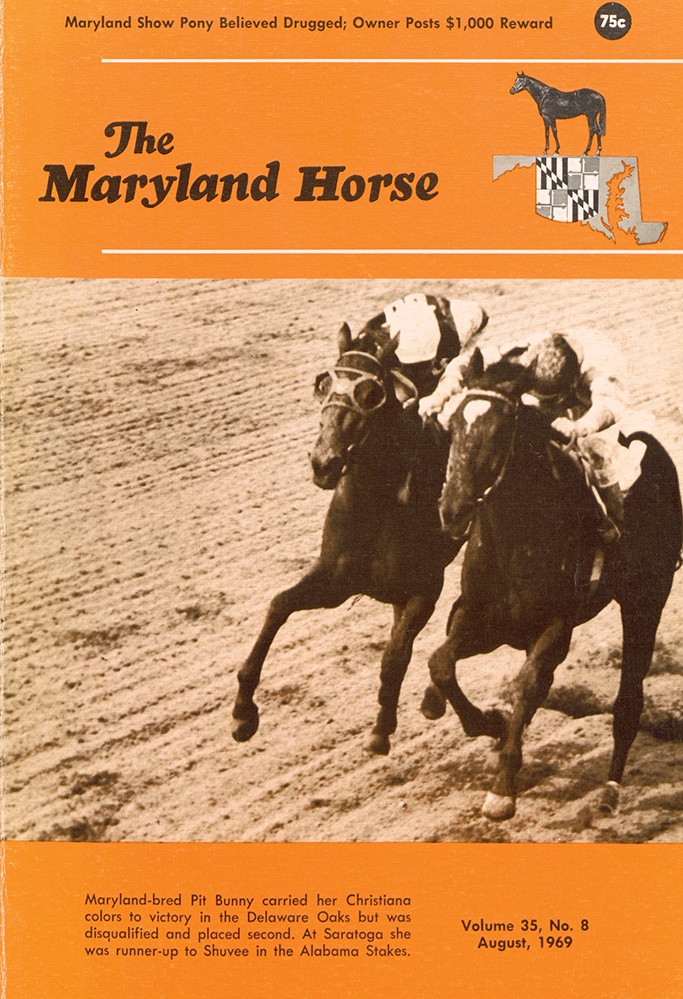 • Facing a talented field of 3-year-old fillies in the Delaware Oaks, Maryland-bred Pit Bunny turned back the likes of champions Gallant Bloom and Shuvee to cross the line first. But Henry and Jane Lunger’s Christiana Stables colorbearer interferred with juvenile champion Gallant Bloom in the stretch and was demoted to second.
The Lungers had purchased Pit Bunny for $10,000 at the Saratoga yearling sale. The filly was bred by veteran horsepeople Hugh J. O’Donovan and his wife Achsah, who had shown her earlier that summer in the MHBA’s annual yearling show where she earned a blue ribbon from trainer Buddy Raines. By the Virginia-based sire Hasty Road, Pit Bunny was out Abeyance Lass, a daughter of *Ambiorix bred by William Woodward’s Belair Stud.
Pit Bunny never did get an official stakes win, retiring with additional second-place finishes in the Alabama Stakes (to Shuvee) and Gazelle Handicap that season. Bred primarily to the Lungers’ stallions, she had spotty broodmare career – in 15 years she produced five foals – but all five were winners, including stakes winner Will Henry.
• Mr. and Mrs. J.W.Y. Martin Jr. were completing the purchase of Worthington Farms, owned by former Senator Daniel B. Brewster. The 200-plus acre farm was the site of part of the Maryland Hunt Cup, a race which Martin, known by his friends as “Duck,” had ridden in and won. The majority of the Hunt Cup course was on adjacent property, known as Snow Hill, owned by Martin’s mother and step-father, Mr. and Mrs. Gary Black.
The Martins said they hoped to improve the property and possibly acquire a new stallion while operating it as a commercial breeding farm.
• A report from Saratoga included the sale of a yearling son of *Sea-Bird for $80,000 by Maryland breeders Mr. and Mrs. Harry A. Love. The buyer was Lady Beaverbrook, a friend of Humphrey Finney who one day earlier had purchased another *Sea-Bird colt, a Virginia-bred from Daniel Van Clief’s Nydrie Stud for $175,000. The yearlings would go to trainer Sir Gordon Richards in England.
Among the other Maryland-bred yearlings sold were a Northern Dancer—Spaws Arrow filly for $15,500, and a Raise a Native—Vastness colt for $20,000 from Glade Valley Farms.
It wasn’t surprising that the Smithwick family made news in the steeplechase races, but there was a double take when teenage rider Patrick Smithwick Jr. won one of the races with an 10-1 shot as the only amateur in the race.
Glade Valley’s Northern Dancer filly was Alma North, future Maryland-bred Horse of the Year and winner of 15 stakes, including the Grade 1 Matchmaker. The Love’s *Sea-Bird colt was named Sea Lion and managed one win in 21 starts in England. 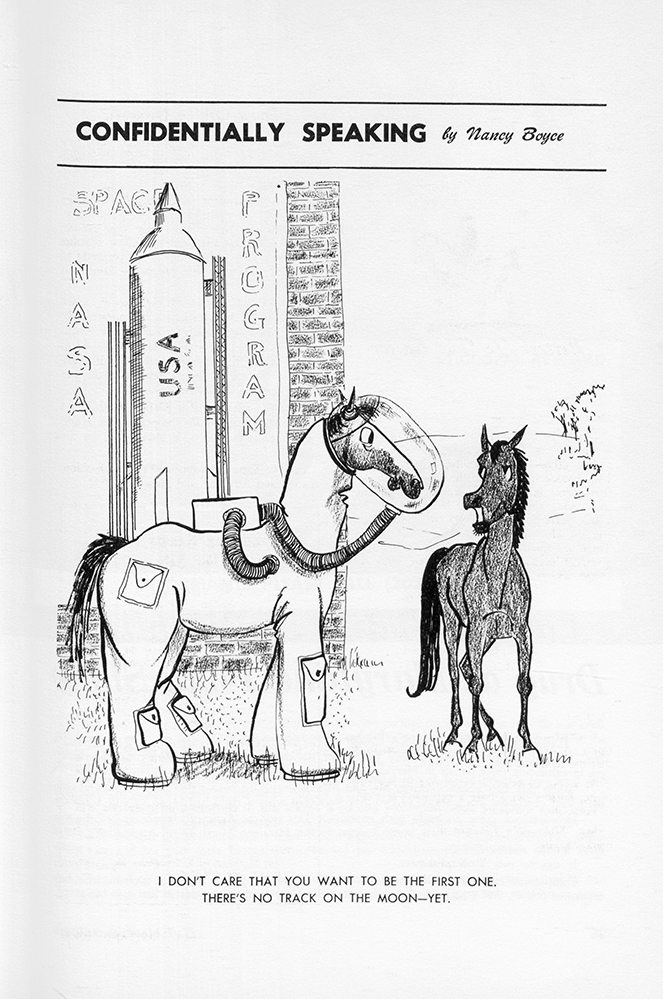