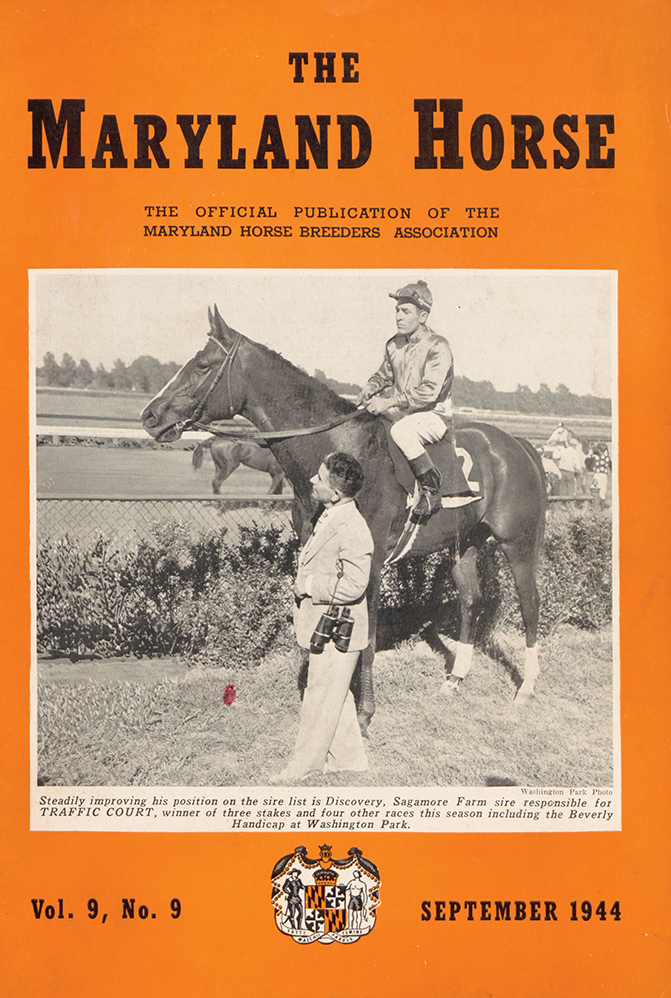 • Glengar, the long-famous Thoroughbred breeding farm of the late William Jennings, changed hands after 60-odd years of ownership by the Jennings family. The new owner was Walter J. Appel, a Baltimore lumber dealer, and breeder and exhibitor of show horses and hunters.
Jennings – “called ‘Maryland’ Jennings around the racecourses to distinguish him from Walter Jennings of California” – produced the likes of Preakness winner Dunboyne and top handicap horse Glenmore at the farm located about a mile from Pimlico.
• Editor Humphrey S. Finney returned to civilian duties after spending nearly two years with the U.S. Coast Guard’s Mounted Beach Patrol. A note in The Maryland Horse read: “With the sales of surplus government-owned horses about over, a detail to which the Editor has been assigned in an advisory capacity for the past eight months, and with the passing of the Mounted Patrol, his services will become surplus to the needs of the service.”
• The second annual sale of yearlings held by Fasig-Tipton Company at the Meadow Brook Polo Club on Long Island brought good results. The only consignment from Maryland was that of Lt. A.G. Vanderbilt’s Sagamore Farm, which had its best year with nine selling for an average of $2,578.
The Discovery—Bride Elect, by High Time yearling colt purchased for $2,000 by Leslie Combs II, agent, was the most distinguished of the group. Knockdown won four stakes, topped by the 1946 Santa Anita Derby, and earned $165,545.
• Sagamore Farm stallion Discovery was steadily improving on the national sires lists. One of his best runners of the year, the filly Traffic Court – a winner of three stakes and four other races – appeared on the cover of the magazine after her Beverly Handicap victory at Washington Park.