• Elizabeth Moran’s Pennsylvania-based Brushwood Stable ranked among leading consignors at select yearling auctions, exemplified when her three Keeneland July yearlings offered all sold, averaging $286,667, more than $50,000 above the sale’s average. Moran’s intuition with horses proved formidable, with Brushwood owning and racing the likes of classic-winning multimillionaire Creme Fraiche and Demoiselle Stakes-G1 winner I’m Sweets, while simultaneously improving the quality of her top-notch broodmare band. “It’s always been my plan to have quality rather than quantity,” said Moran. “I have some real quality broodmares, and I breed them to the best, and hope for the best. I’m ready now to breed some serious stakes winners.”
• Unaccounted For, a 3-year-old Pennsylvania-bred son of Private Account trained by Scotty Schulhofer, broke through with his first stakes win in Saratoga’s Grade 2 Jim Dandy, forcing Preakness/Belmont Stakes winner Tabasco Cat to settle for second. Unaccounted For was bred through a foal-sharing arrangement by Marshall Jenney’s Derry Meeting Farm and Moran’s Brushwood Stable. 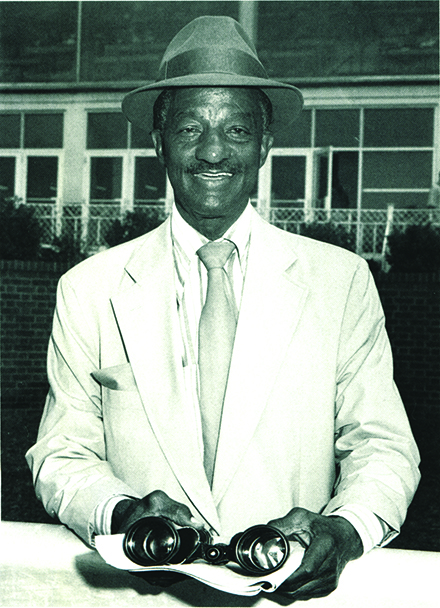 • Praises were sung to Gelo Hall, placing judge at Pimlico and Laurel, as he was awarded the Dogwood Dominion Award for his positive influence throughout his 53-year career. Cot Campbell, president of Dogwood Stable, said, “Criterion for the award is that the person selected be the candidate who has the strongest positive influence on the racing industry. Gelo Hall wrote the book.”
• Ron Cartwright was featured in the 1994 Maryland Million Souvenir Guide, as focus turned to the trainer who the year before became the second in Maryland Million history to have saddled three winners in one day (Forry Cow How-Classic, Mz. Zill Bear-Ladies and Gayquare-Handicap). Reminded that his 30-horse stable led Maryland with 10 stakes victories in 1993, the former jump rider cleared his throat and mumbled: “Well, yes, we did do rather well.”
• New Jersey-bred Friendly Lover recorded his second consecutive victory in the Finger Lakes Budweiser Breeders’ Cup Handicap-G3, setting a 6-furlong mark of 1:08.80 in the latest, and followed with a score in Belmont’s True North Handicap-G2, which marked the 44th start of his career and 16th win. A former claimer, the 6-year-old son of Cutlass pushed his earnings to $660,159.