British pundits and fans, including 168 members of the British Race-Goers Club who paid $450 each to fly to Laurel and bet on the horse, touted *Karabas as the one to beat in the 17th Washington, D.C., International. And Lord Iveagh’s runner delivered under a confident ride by Lester Piggott to defeat *Hawaii and *Czar Alexander. It was the first year no American-bred runners competed.

Lord Iveagh, owner of the Guinness Brewery, celebrated with a Guinness after the race.

The winning horse and rider had International connections  – *Karabas was a son of *Worden, winner of the second International; Piggott piloted Sir Ivor to victory in 1968. When the American press surrounded Piggott after his recent win, “Piggott displayed a marked similarity to vintage Bill Hartack-isms” after informing the press he didn’t care for the things they had written about him a year earlier. “Write the same things you wrote last year,” he said. 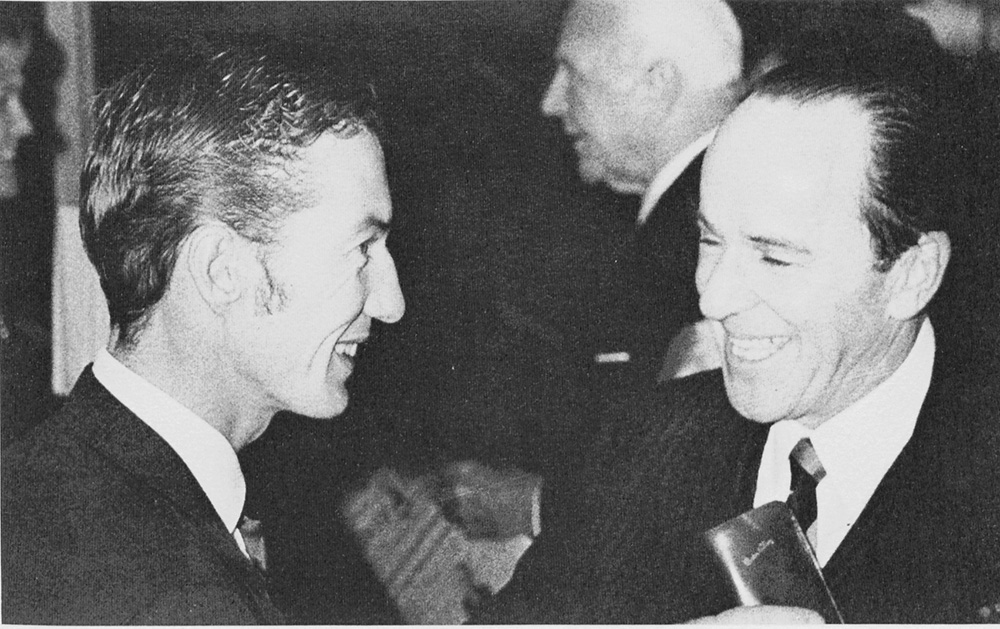