Bob Haynes stood at the rail of the Laurel Park paddock in April 2006, studying the horse he was about to claim. Running for a $20,000 tag, the horse checked off all the boxes for Haynes. The 4-year-old Maryland-bred Partner’s Hero gelding was strong, well built, a good mover. Spotting Bird Mobberley, daughter of breeder/owner/trainer Gretchen, Haynes saw something else he wanted – the sunglasses perched on Bird’s head. 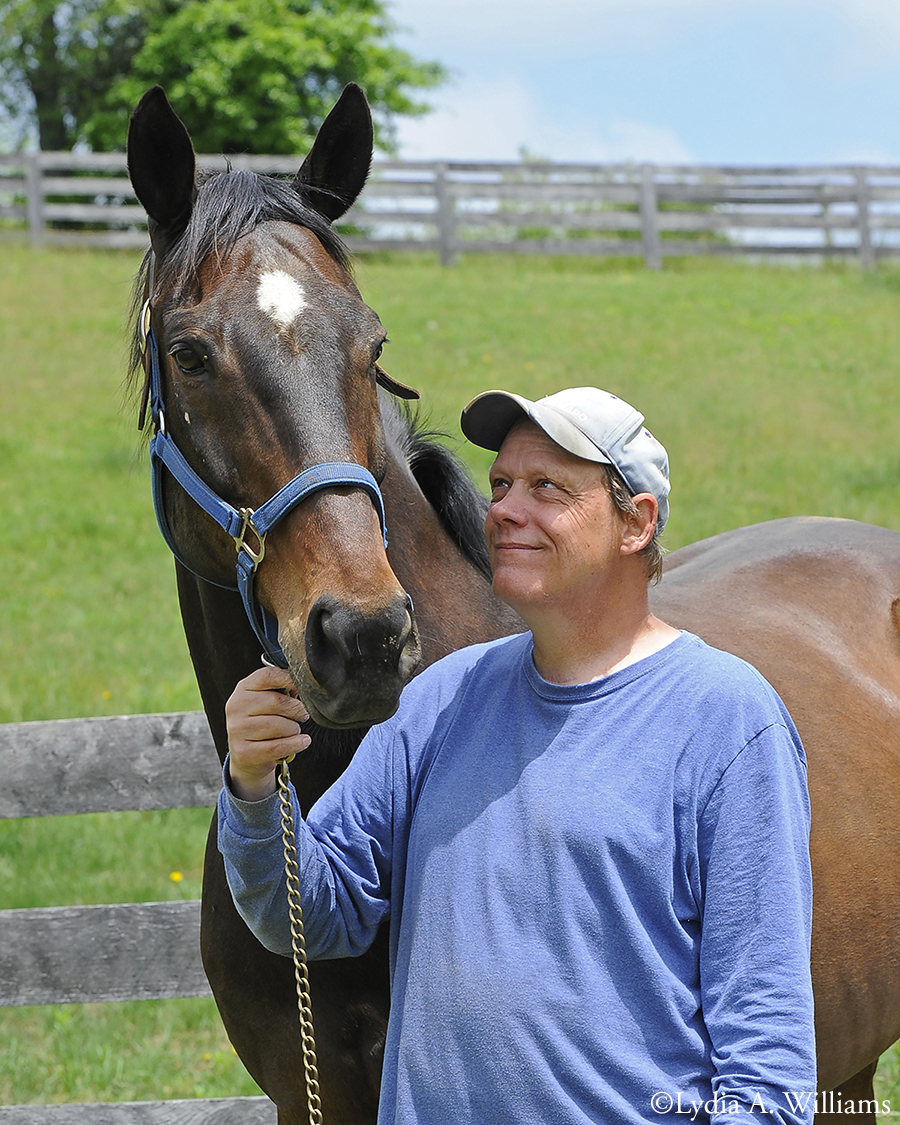 “Bird, if I claim your horse, can I have your glasses?” Haynes joked.

“Yeah, no problem. If you claim my horse, you can have them.”

Haynes dropped the claim slip. The horse, Heros Reward, finished sixth in the field of eight going 7 furlongs on the dirt. When Haynes returned to the paddock after the race, Bird Mobberley motioned to her sunglasses.

“Bird, it’s bad enough I took your horse – I can’t take your glasses.”

Gretchen Mobberley would have preferred Haynes leave the horse and take the shades. She didn’t mind losing the son of the Caveat mare Lifes Passage, but she wasn’t happy to be handing him over to the big claiming outfit of Haynes’ trainer, Dale Capuano.

“It looked like for about the first six months that it would have been possible for Gretchen to go out and get a shotgun and shoot me,” Haynes said. “She was that upset.”

She fretted needlessly. Over the next few years, Heros Reward made Mobberley the breeder of a multiple graded stakes winner. Running in the name of Haynes’ Rob Ry Farm and Jayne Marie Slysz, he took his connections to the 2008 Breeders’ Cup. He earned seven Maryland-bred divisional championships, plus the Horse of the Year crown in 2007.

Haynes remembers the early days as unremarkable. Heros Reward was much better in the mornings than the afternoons. Two starts after that $20,000 claim, Haynes and Capuano ran their new horse for $5,000 at Delaware Park.

“I had 12-15 horses at that time, and sometimes you’ve got to move horses around,” Haynes said. “You lose horses, you get horses . . . back and forth and so on. So I thought we were an absolute lock to win that race. We got beat by a neck. I thought ‘OK, what are you gonna do?’ ”

They kept at it. Heros Reward lost his next two and wound up in a $25,000-$20,000 claimer going 5 furlongs on the turf at Laurel Park in October. He finished second, beaten a half-length at 61-1. The race began a streak of eight consecutive 1-2 finishes – including three wins in Florida and Pimlico’s Baltimore City Turf Sprint Stakes on the undercard of Curlin’s victory in the Preakness Stakes-G1.

By the time 2007 ended, Heros Reward had made 10 starts with five wins, four seconds and $515,826 earned. Twice he went to Canada’s Woodbine Race Course, where he finished second in the Highlander-G3 and won the Nearctic-G2.

“It’s now a Grade 1,” Haynes said of the Nearctic. “The day that Hero won that race [in 2007] he was running against, at that time, the fastest horse sprinting on the grass – Smart Enough. And that horse was fast, he was winning, he was dominating.”

Smart Enough defeated Heros Reward going 6 furlongs in the Highlander in June and in the 5-furlong Turf Monster at Parx Racing in September. Javier Castellano was aboard in the latter, and Haynes tried to convince the future Hall of Famer to take a return call someday. Castellano said he’d discuss it with his agent.

“Listen, Javier, I used to be a jock’s agent and with all due respect, I’d like to hear from you within a reasonable period of time,” Haynes said. “Please get back to me.”

Castellano’s next mount on the card was in the Pennsylvania Derby-G2, which he won aboard Timber Reserve.

“I guess while he was cleaning up afterward, he called and said ‘OK, I talked to my agent,’ ” Haynes said. “So we got Javier to ride Hero in a lot of really important races, which was wonderful.”

There were plenty in a career that lasted until May 2013. His lifetime past performances show return engagements in several stakes. He ran in the Highlander five times from 2007-11, winning it with Castellano in 2008 and placing in four. After winning the 2007 Nearctic, he was in the gate again in 2008 and 2009.

“He loved that long, deep stretch at Woodbine,” Haynes said.

Heros Reward just loved winning. He did it at Parx, Penn National, Presque Isle Downs, Pimlico, Laurel Park, Gulfstream Park, Calder, Keeneland and Woodbine. He did it 16 times in 58 starts, finishing second 13 times and third seven times, to a tune of $1,301,698 in earnings. In 2008, he took his people all the way to Santa Anita Park for the inaugural Breeders’ Cup Turf Sprint – finishing fifth behind Desert Code after break-ing from the unfavorable one post on the downhill turf course.

Now 18, Heros Reward lives at Haynes’ eight-acre Rob Ry Farm in Gaithersburg, Md. Haynes and partner Vicki Irons look after him and three other retirees: 13-year-old Barrel of Love (Not For Love—Wide Barrel, by Broad Brush); 13-year-old A P Elvis (Dance With Ravens—Jamestown Romance, by Diligence); and 8-year-old I’m Mr. Blue (Not For Love—Blue Lagoon, by Saint Ballado).

The quartet made 205 lifetime starts, won 37 races and earned $2,284,121.
Several years ago, Haynes and Irons also provided retirement for graded stakes winner True to Tradition, a son of Rahy who faced off with Heros Reward several times. The Kentucky-bred won 17 races and earned $901,039 in 57 starts.

“[Outrider] Jessica Lindsey was talking to Laurie Calhoun [of Summer Wind Farm and the Foxie G Foundation] about True to Tradition,” Haynes said. “They called me, and Vicki and I decided it would be a cool thing to do. We had him up at Laurie Calhoun’s farm for five or six years; he just passed away recently.”

Irons rides Heros Reward regularly, taking lessons from a local dressage instructor in Gaithersburg. Haynes, who rode while growing up, thinks it’s time he had a shot at it himself.

“We’re both old men now. Hero’s 18 and I’m 65. He’s stubborn and cantankerous, and if you saw him, you wouldn’t believe it. But maybe I’ll start riding him a little. The other day when I dropped his feed I said, ‘Look, before one of us checks out of here, let’s get this done.’