"He was a proper hurdle horse. Low and quick, efficient. That’s where he excelled. He just rolled over them like speedbumps; he left holes in the hedges. America suited him down to a tee.”

In one paragraph, Carol Ann Sloan offered a tidy synopsis of the stellar career of Decoy Daddy (Ire), the iron horse steeplechaser whose name made the news for seven seasons. No one is more qualified to tell the gelding’s story than Sloan. Her own name was made on the horse’s back, the pair racking up multiple wins – including several stakes – from 2012 through 2015. 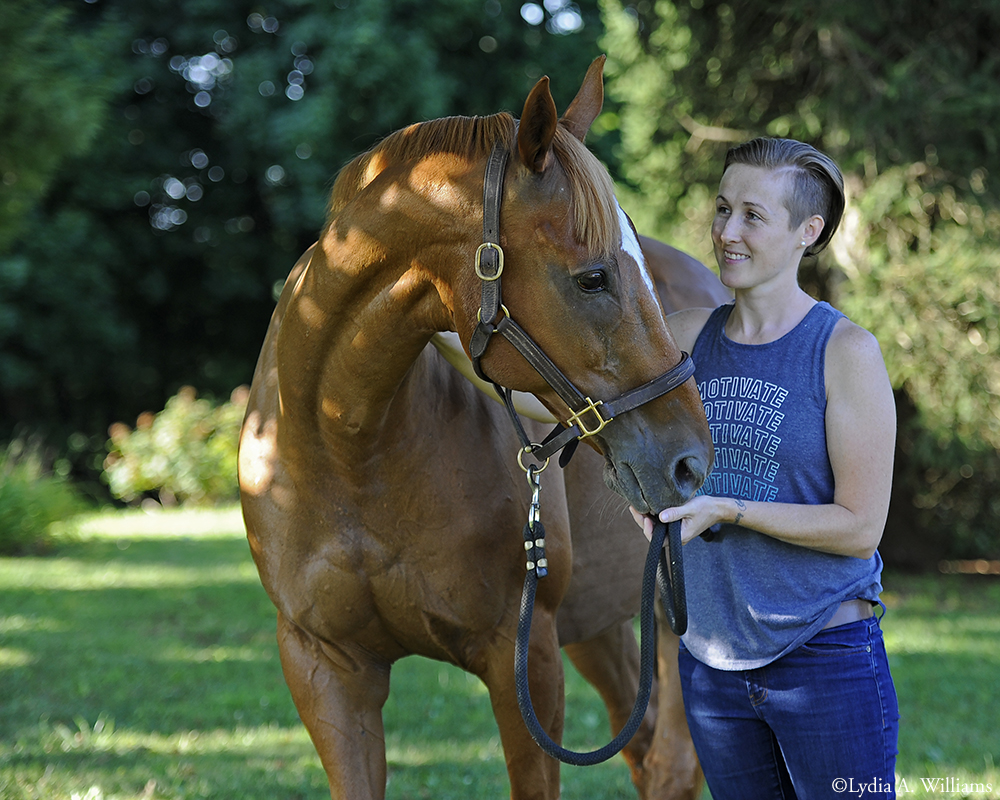 By English-bred Lord of Appeal from the Irish-bred M. Double M. mare Young Bebe, the now 18-year-old chestnut gelding was a solid, winning performer in Ireland for owner Paddy Kehoe and trainer Tony Mullins before being purchased for owner Irv Naylor after being advertised in Steeplechase Times newspaper in 2010.

His American debut came in the Grand National hurdle stakes at Far Hills for trainer Desmond Fogarty, then training for Naylor, that fall. He finished seventh, but redeemed himself two weeks later at Montpelier in Virginia with a 25½-length blowout in the Noel Laing Stakes over natural brush jumps. He stamped himself a horse for the course that day. For several trainers for Naylor, Decoy Daddy returned to win the Noel Laing in 2011, 2013 and 2014, with a second in 2012. Sloan was aboard in 2013 and 2014.

Sloan came to America in time for the 2012 fall season.

“Brianne Slater was training for Irv then, and she gave me the chance to ride him,” she said. “I was an amateur at that time, so for me it was huge to sit on a horse like him. Irv had a lot of good horses, and Decoy Daddy sort of floated along, did his thing week in and week out. He was just so easy. So many horses have to be wrapped in bubble wrap – you can’t turn them out; they have to be with a certain horse; their schedule has to be this or that. He was so straightforward that he was every trainer’s dream. I always said if you had a barn full of Decoy Daddys, you’d be in great shape.”

She was right. Decoy Daddy was competitive for every trainer he had – Mullins in Ireland, Fogarty, Tom Foley, J.W. Delozier, Slater and Cyril Murphy.

Decoy Daddy’s strongest year might have been 2011 when he won Middleburg’s Temple Gwathmey in April, added the Marcellus Frost at the Iroquois in May, finished second in the A.P. Smithwick at Saratoga (to future champion Divine Fortune) and won the Noel Laing.

Sloan credits Slater with the bulk of Decoy Daddy’s success.

“Wherever he’s been, he’s done well. He just fit in seamlessly with everybody. Brianne gave me the ride on him and was the one who pretty much figured him out,” Sloan said. “He loved the rolling courses and was a hunt-meet horse. He just went around the place, was always himself and did his thing. That was what was amazing.”

The same can be said of the partnership they forged. Sloan was first legged up on Decoy Daddy for an allowance flat win at Great Meadow in October 2012. She was up for all six starts in 2013, all three in 2014 and all three in 2015, his final season. They were undefeated in 2014 – when Decoy Daddy was 12 – winning the Gwathmey, National Hunt Cup and Noel Laing.

After that season, Naylor and Team Decoy Daddy petitioned the National Steeplechase Association to change the rule prohibiting hurdle horses to start beyond age 12. Back for his seventh season in 2015, Decoy Daddy finished seventh in the Gwathmey, second in the National Hunt Cup and fifth in the Grand National.

“He was in fine form, and Cyril wanted to give him a shake at a big race and let him have a bit of fun. He ended up with a very small tear in the tendon, and it flared up afterward,” said Sloan. “So there was no point in pushing on further. He was never one of the top Grade 1 horses, never won the Eclipse Award, but it was his consistency every year. He just brought it every time, and that made him so formidable. If you spoke with every trainer who trained or jockey who rode him, they would all say the same.”

Decoy Daddy retired with a record of 62-17-9-5 and $513,222 in the bank. Naylor and Murphy were well aware Sloan wanted the horse when his career ended, and she was given first refusal. She was going through a move at the time and was unable to take him, so he went to Naylor’s neighbor, Amy Fenwick. Sloan got a second chance though.

“She had a lot of horses in her barn and he wasn’t working out to be exactly what she wanted him for,” Sloan said. “She was trying to hunt him, but he wasn’t going to make a hunt horse. She contacted me and the timing was perfect.”

Settled in northern Baltimore County, Md., Sloan has the perfect situation for her retiree. Her next-door neighbor, Mary Shaffer, was looking for a companion for her hunter, Tullow. Shaffer, 79, got the Canadian-bred gelding by Langfuhr from the prolific re-homing program of trainers Ann Merryman and Holly Robinson.

“He’s 21 now, and together we are 100,” Shaffer said. “I’ve hunted him in the second field with Elkridge-Harford for the last three years.”

Decoy Daddy and Tullow meshed from the start and are bonded despite their ongoing gnash and snarl exchanges. Sloan rides him two or three times a week, just hacking out in nearby trails and fields.

“Daddy’s job in life now is that he’s a pleasure horse,” Sloan said.

“Everything is business to him, even going out on a hack. It’s a mission; he is either dictating the pace from the front as he did in his races, or if he’s behind, he’s pressing the horse in front of him, saying ‘Go on a bit now.’ He’s funny because he is so chill on the ground, but when it comes to competition, there’s a fire in him that lights up again. So for me it’s all about reinforcing that he doesn’t need to give 100 percent anymore. He’s an ageless horse. He does not know or believe he’s 18.

“But at some point he will tell me he’s done with being ridden. And it’s as much fun just being around him, going over and grooming him. I’d forgotten that. When you’re riding so much, you get on, get off and then you’re on to the next one. It becomes a conveyer belt and you lose that part of it. So he’s brought that back for me, which I really appreciate. It’s like I have a pony again.” 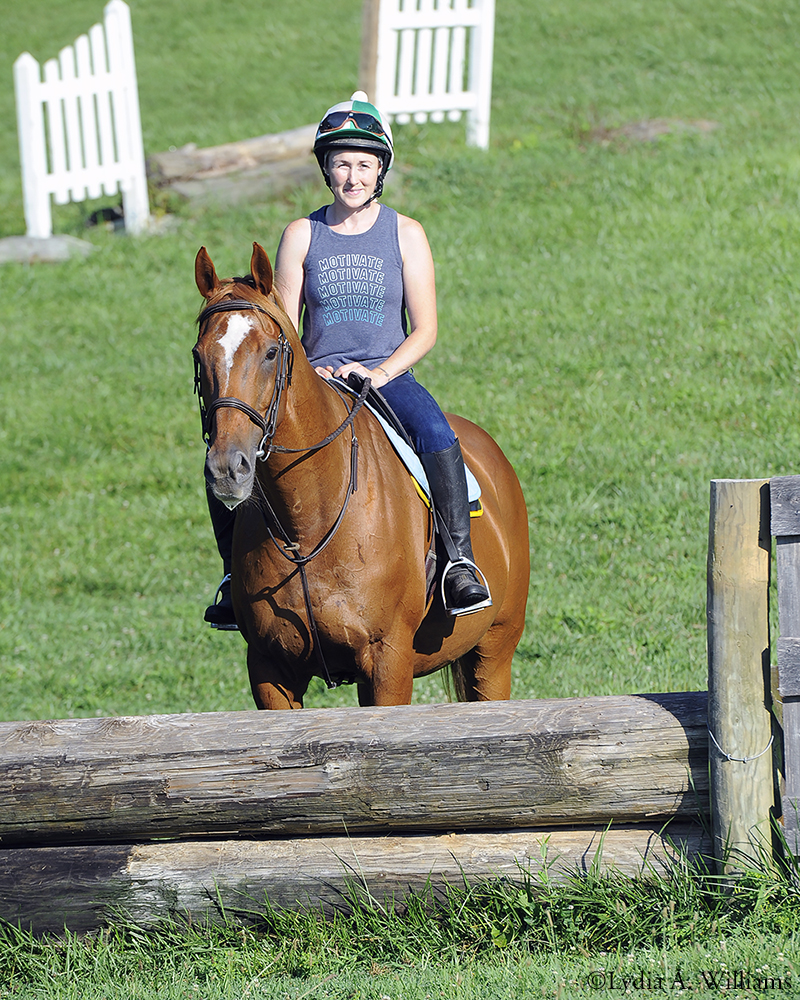