In the summer of 2019, Jamie Wyeth formulated a plan to honor his late wife, Phyllis Mills Wyeth, at their Point Lookout Farm in Pennsylvania. For Phyllis, breeder and owner of Belmont Stakes winner and now top stallion Union Rags, Thoroughbreds were a lifelong passion. 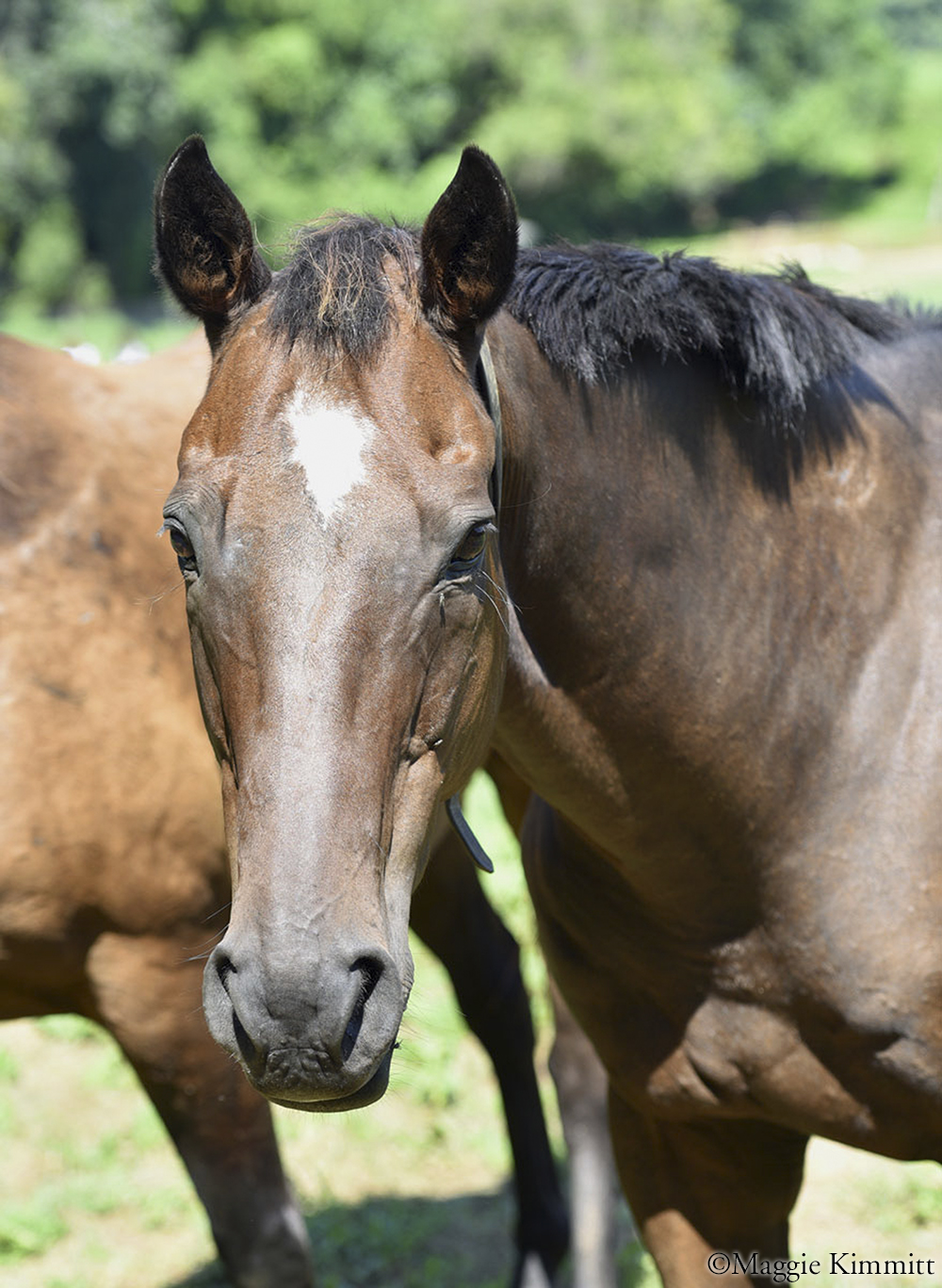 Wyeth’s vision for the Brandywine Valley farm proposed the property as a sanctuary for retired racehorses; specifically, retirees from the Thoroughbred Retirement Foundation’s Second Chances Program. The vocational training program pairs prison inmates with retired Thoroughbreds as a tool to rebuild life and professional skills. Many graduates have found work in the racing industry as farriers, grooms, and veterinary assistants.

To that end, Wyeth contacted Anita Motion, well aware of her involvement in Thoroughbred aftercare. Motion jumped at the chance and on July 21, 10 geldings from the TRF’s Wallkill, N.Y., prison farm arrived at Pastures of Point Lookout.

The horses range in age from 11 to 23 with earnings from $220 to $320,645. That top earner distinction belongs to Vow, a 22-year-old New Jersey-bred son of Rahy and the Seattle Slew mare Missy Slew. Breeders Joseph and William Stavola sent the bay colt to the 1999 Keeneland September yearling sale where he sold to Leverett Miller for $95,000.

Vow made his debut for trainer Bob Connors as a 3-year-old at Garden State in April 2001, finishing second. He broke his maiden in his next start at Monmouth and performed reliably all season, winning three of his nine starts in 2001. He ran exclusively in allowance races in 2002 before stepping up to stakes company that fall.

Then everything changed. Connors, who lived in Parkesburg, Pa., passed away in November, leaving Miller scrambling to find someone to take the helm at the trainer’s Delaware Park barn. Connors’ assistant had returned to Mexico the week before, and there was literally no one left to care for the horses. Miller reached out to Chuck Simon.

“Lev Miller called me one day while I was in Kentucky. I was training for him and for Stella Thayer [another Connors client],” said Simon. “Bobby had died suddenly; no one even knew he’d been sick. So Lev called me, and said ‘I don’t know who else to call, but there are about 18 horses there.’ It was last minute and I had a big barn of my own, but they had nowhere else to turn.”

Many of Connors’ horses dispersed to other trainers, with Simon keeping those belonging to Miller and Thayer. Simon was on his way to Gulfstream for the winter, so Vow – who gave Connors his 600th win in October – was sent to Florida.

“I can’t remember all of his races, but I do remember we ran him at Gulfstream and he stumbled badly and lost the jockey at the start,” said Simon. “He grabbed his quarter so badly that he bled for about three hours. It was unbelievable. We lost him at Keeneland for $50,000, and I was kind of surprised that he got claimed, honestly. I followed him for a while after that because I had always liked him. He was a big, strong, handsome horse, but very tough to gallop – never easy.”

That constitution served him well over the next four years.

Vow was claimed from the Keeneland race by Carlos Paez and Paul Pompa Jr. and changed hands again in his next race, after shipping to Monmouth Park, becoming part of owner Michael Gill’s far-reaching operation for $40,000. He won the Slady Castle Handicap for Gill at Monmouth in September 2003, but started just twice in 2004. The next year, he made 13 starts – winning three while getting claimed repeatedly. Kelly Breen trained him, so did Patricia Farro and then Breen again. In 2006, Vow made a dozen starts – winning twice – and finishing up in George Handy’s barn. By 2007, Vow was back in Florida, then sent to Suffolk Downs, and finished no better than third in his first four starts. On July 2, 2007, Vow’s career ended with an injury as he lost his jockey while being pulled up as the 2-1 favorite for Aurora Springs Stable and trainer Rafael Ramos.

Somebody did right by him at some point as he joined the TRF herd less than two months later, with a race record of 59-11-7-10.

The Second Chances Program is a perfect fit for horses like Vow. Without the rigors of a new career under saddle, they get to be companions, teachers, rehabilitators, a pathway to a better life. The Wallkill property was the original location; there are now correctional facilities in eight states offering accredited vocational training courses in horse care and management.

“The inmates liked working with Vow because of his gentle and curious nature,” said Kelsey Kober, Wallkill farm manager and vocational instructor. “Anytime there was something new in the pasture, he would be the first horse to come over and check it out. Vow lived in a large pasture with eight other geldings and they had a great time galloping across the fields in their own races of sorts.”

A few hundred miles to the south, Vow still has races to run across Point Lookout’s 20-acre field with the nine other retirees who shipped down in July. Their arrival was a momentous occasion. Motion goes to Point Lookout at least once a week, and has drafted volunteers to help bathe and groom the horses. Veterinarians have examined and vaccinated the group. Farriers have trimmed hooves. Dentists have floated teeth. PPL board members Lisa Flagg and Katharine Maroney (sister of leading steeplechase trainer Jack Fisher) also visit regularly.

The PPL farm staff see to the group’s daily needs and have grown accustomed to their Gator being surrounded by horses whenever they drive into the field. The horses are a well-socialized bunch. Strangers are merely friends they’ve yet to meet. The hierarchy formed quickly into two pairs and two groups of three. Vow’s best buddy is his doppelganger, 17-year-old Creative Numbers. Bred in Maryland by Robert Hahn, the son of Polish Numbers and Star Suite earned $220 in his lone start. The bays have nearly identical stars, with Vow’s short, stubby tail and sparse forelock the distinguishing feature.

Their work done, the PPL retirees will live out their days in the comfort of the Wyeth farm. Phyllis Wyeth, who rode point-to-points, competed in driving events and appreciated horses of all descriptions until her death at age 78 in January 2019, would have liked Vow.

Delighted to hear his old friend landed in an ideal situation, Simon agreed. “This is so cool,” he said. “He deserves that. They all deserve that.”