Eleven years ago, Patty Clemens bought her husband a horse. Then she decided to keep it for herself. OK, so that’s not entirely accurate; it’s the quick and dirty version. But the “husband horse” Clemens first spotted in a shabby stock trailer outside the New Holland auction morphed from a trail-riding buddy for her husband Mike into her own much-loved and trusted eventing partner. 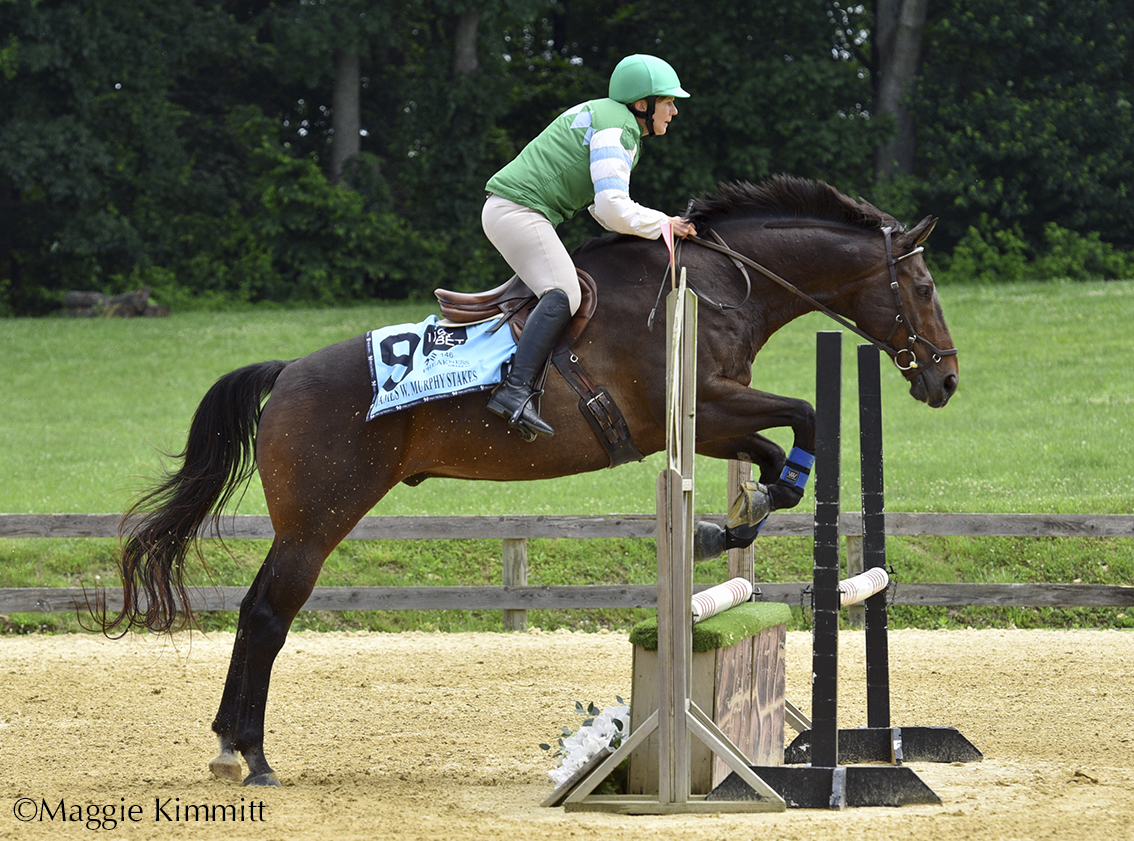 The former Patty Pirhalla, now 62, grew up in Fairfax, Va. When she was 11, her family moved into a new home in a subdivision right beside a riding academy.

“I just begged and begged for my parents to sign me up for lessons,” she said. “I signed up our first summer there, and then went back again the next summer. We were able to lease a pony, which we eventually bought. And of course that led to my first horse, who became the love of my life.”

Clemens showed and foxhunted throughout her teen years, riding out with the Bull Run Hunt Club near Manassas, Va. She reluctantly sold that horse, Drum, before leaving for college. Career and family followed.

“My husband, Mike, was in management with the FBI, so we moved around a good bit. Our two boys played baseball and our daughter did a little bit of riding, but she wasn’t as fanatical as I was so it just never worked out for me to have a horse while we were raising our family. Then when my husband retired from the FBI – we were in the Washington area – he said he wanted to take a job that he knew was coming available with DuPont. He said, ‘We’ll get a small farm and you can have horses again.’ And I was like ‘Sure! Take that job!’ ”

The family bought a 5-acre farmette in Oxford, Pa. Clemens quickly involved herself with MidAtlantic Horse Rescue, founded by Bev Strauss and Ginny Suarez. She traveled with Strauss most Mondays to the livestock auction in New Holland, Pa. It was on one such trip that Clemens first spotted Master Manipulator. Strauss usually connected with one of the horse dealers who frequented the sale.

“I remember the day she bought him. This dealer would call Bev whenever he was heading to the sale. She would meet him there, and she got to look them over before they even went into the auction. We met him in the back parking lot, and he was there in this rusting-out trailer that didn’t look safe for any animal to be on. And I couldn’t forget the look in his eye – he was just terrified.”

It’s not too hard to figure out how the horse got there. The dealer lived near Penn National, the site of the 5-year-old dark bay gelding’s final race Nov. 27, 2010. He finished last, running for a $4,000 claiming tag.

Bred in Kentucky by James T. Hines Jr., Master Manipulator was foaled April 13, 2005. His sire, Milwaukee Brew, was a multiple graded stakes winner bred by then perennial leading owner Adena Springs. Master Manipulator’s dam was the unraced Dawn Jones, a daughter of French star *Grey Dawn II. Hines’ estate offered the colt at the 2006 Fasig-Tipton Kentucky fall yearling sale, where he was purchased for $2,500 by Robert Tiller. Master Manipulator spent his first two seasons running in lower-level claiming races at Woodbine in 2008 and 2009, changing hands from owner/trainer Tiller to trainer Scott Fairlie, who owned him with several partners. From Woodbine, the horse went to Fort Erie for two starts before heading south to Philadelphia Park in December 2009.

His form is best described as inconsistent. He’d finish up the track, or mid-pack, and occasionally produce a winning effort. From Fairlie’s barn, Master Manipulator went to trainer Alan Bedard and owner Frances Mercedes. After four dismal efforts at Philadelphia Park and Delaware Park, he ended up in the race at Penn National. His statistics after that final start were 29-4-7-1 with $76,197 earned.

His luck changed when Strauss and Clemens met the ramshackle trailer outside the New Holland auction that day. He was shipped to the MAHR farm in Chesapeake City, Md., for quarantine before beginning the re-homing process. Clemens already had an MAHR graduate at home. Florida-bred Highest Value won 13 races and $159,591. Still, Master Manipulator stuck in her mind. Strauss told Clemens he was “the perfect husband horse,” encouraging her to consider taking him for Mike to hack out and trail ride.

“I said to Mike that I thought if we didn’t get him someone else would. I hadn’t really been thinking of him for us. He was big – 16.3 – and I still had Highest so I wasn’t thinking of a horse for myself.”

Mike had ridden a bit as a child but hadn’t been on a horse in many years, so it wasn’t a very natural endeavor for him as an older adult.

“I thought he would do more riding than he did,” Clemens said. “But Moose [as Master Manipulator was re-christened] was so good – here was this 5-year-old Thoroughbred that I put my husband on.”

Highest Value’s stifle issues – he made 75 starts and raced until he was 10 – soon necessitated his retirement. Mike’s trail horse came out of the bullpen and became his wife’s starting pitcher.

Clemens was – and is – smitten. The young horse was unflappable, reliable, and endlessly kind.

“He’s just been such a good guy. I can put the grandkids on him when they come to visit. He loves the cross-country part of eventing; that’s his best phase. When we get out there, he takes me right to anything I point him at. We just do starters and the beginner novice level.”

When Clemens read a press release for the 2021 Real Rider Cup charity fundraising competition, she knew it was right in their wheelhouse.

“I thought OK, that’s right in our comfort zone. There wasn’t anything that I didn’t feel uncomfortable with. I wanted to do something that was a little different, and I knew our vet, Kathy Anderson, had done it the first year. The fences were perfect for what we’re used to jumping, and I could wear Bev’s silks. So I thought we should give it a shot.”

They gave it a shot, all right. Clemens and Master Manipulator finished second in the overall voting and raised $1,525 for Thoroughbred aftercare. And Clemens is already looking forward to 2022; she’s hoping to encourage other riders of MAHR graduates to sign up and form a team for next year. In addition to Master Manipulator, Clemens has adopted two more horses from the rescue: Battle Tested and Defense Article. She rode both in the Retired Racehorse Project in 2019.

It’s clear, though, that the laid-back Master Manipulator is the alpha horse in her eyes.

“I’m so glad Mike didn’t really take up riding again, because Moose has become such a great eventing partner. He’s so kind and generous. He’s just so sweet. . . so sweet.”