Greg Newell is the first to admit he’s often late to a party.
“I got into horse racing late, but I got into riding really late,” Newell said. “I started riding at 50 and eventing at 56. Nobody does that.”
Well, most people don’t. And most people don’t find themselves with a multiple stakes winner from one of their first involvements in the industry. But that’s exactly what Newell did.
In 2010, John Leonard, an early partner in West Point Thoroughbreds, was putting together a group to purchase yearlings. Retiring from a successful insurance career, he was researching young horses and assembling a new partnership, Lionheart Stables. Three months into the venture, Leonard was diagnosed with brain cancer, and his prognosis was dire.
Newell and several others attended the Keeneland September yearling sale on Leonard’s behalf. Accompanied by trainer John Servis, the partners focused on a slightly undersized son of Lawyer Ron. The colt’s dam, Jostle, won multiple graded stakes for Servis and Fox Hill Farms.
Her dark bay colt had the bloodlines to suggest a hefty price tag. Lawyer Ron won six graded stakes, including the Woodward-G1 and Whitney-G1 in 2007 before being voted champion older horse. He retired with earnings of $2,790,008. Jostle, also the winner of six graded stakes, was a superstar at 3, winning the Black-Eyed Susan-G2, Coaching Club American Oaks-G1, Alabama-G1 and the Cotillion-G2 at Servis’ Parx Racing base. In 2001, she sold at the Keeneland November breeding stock sale for $1.7 million.
“We were still coming out of the recession,” Newell said, “so we went in there knowing the market was still very soft and we had a chance to get some horses we otherwise could not afford.”
He was right. Lionheart Stables bought Jostle’s son for $55,000 and named him Adirondack King.
“That name is in honor of John Leonard, who loved the Adirondacks,” said Newell. “He had a house up there, so this horse has always had a deeply personal connection to our group. The reason we bought him was because John told us to go ahead and do it.”
Leonard did not live to see his namesake run, passing away at 61 in February 2011. Lionheart Stables morphed into MarchFore Thoroughbreds, and 2-year-old Adirondack King joined Servis at Parx in 2011. The Kentucky-bred stayed for six years and 46 starts, amassing seven wins, 10 seconds, seven thirds and a $578,554 bankroll.
Adirondack King rewarded them with two starts on the 2012 Kentucky Derby trail at Oaklawn Park. He finished third in the Southwest Stakes-G3, and seventh a month later in the Rebel-G2.
“The joy we had, we got to run in both the Southwest and the Rebel,” Newell said. “And we’re with 40,000 people at the Rebel, just in complete awe. Larry got us here.” 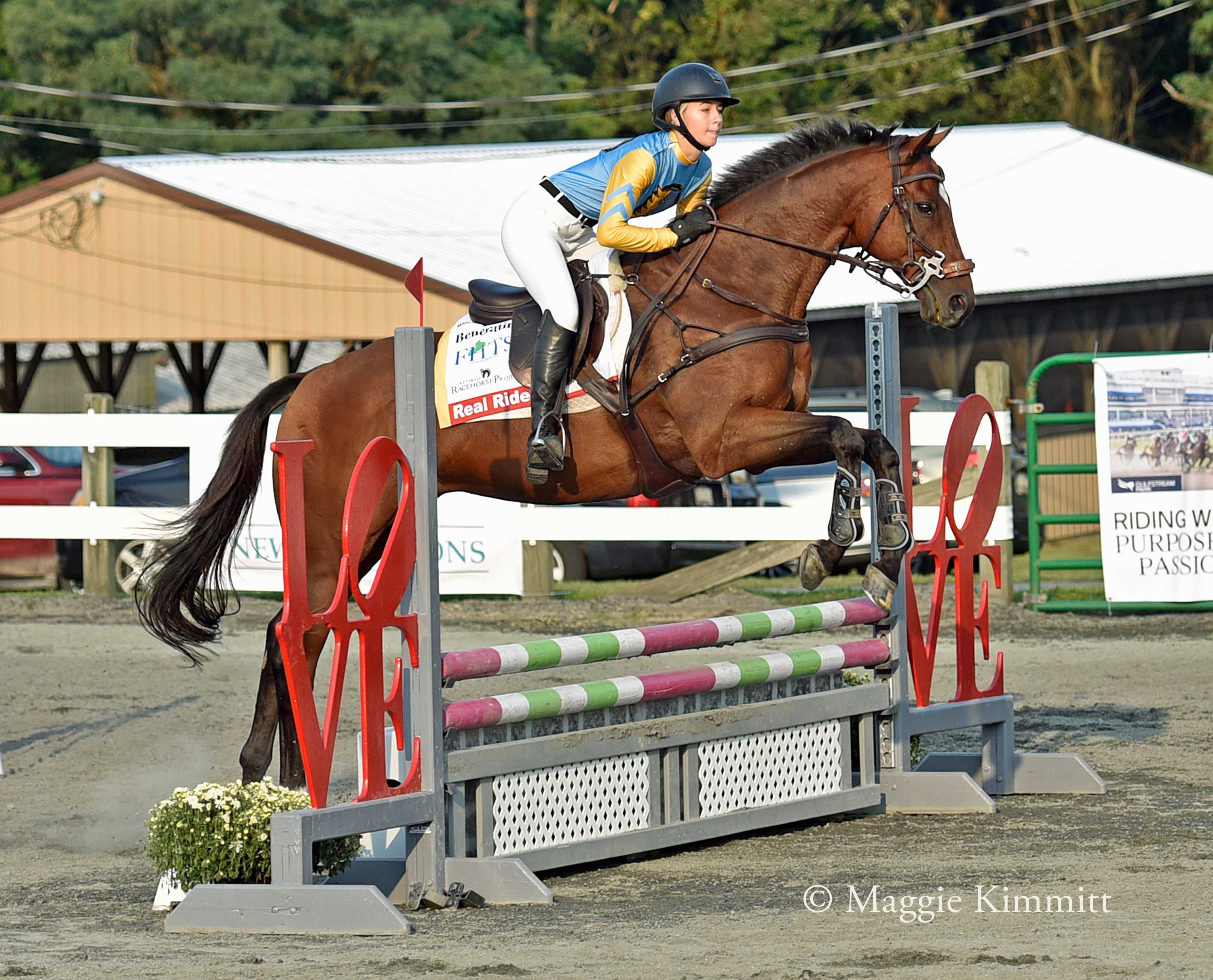 “Larry” was the nickname given Adirondack King by Eclipse Award-winning photographer Kim Pratt, a Parx employee and close friend of Servis and wife Sherry.
“For six years, Kim had such a bond with him, it was crazy. He’d get annoyed if she didn’t come over to him right away; he’d start kicking. He’s a good, solid-looking guy, but he had this stinkin’ wimpy tail when he came to us. It was like it had been cut in half or something . . . I don’t know what the hell happened. It took forever to grow, and Kim would bust on him – ‘When are you gonna be a boy and grow a tail?’ ”
The tail grew back, and the boy became a man who ran for seven seasons. He started at Tampa Bay Downs, Gulfstream Park, Oaklawn Park, Aqueduct, Mountaineer and all over the Mid-Atlantic before retiring a sound 8-year-old after a fourth in the Carl Hanford Memorial at Delaware Park July 15, 2017.
“I remember his last race; he was trying but it was hard to keep up,” Newell said. “John and I looked at each other and said there was no way in our hearts we could ever let him drop to the claiming ranks.
“I committed to keep him forever as an honor to John Leonard.”
Adirondack King’s transition to his second career was quick and seamless, thanks to Newell’s network. His riding instructor, Bonnie Wallace, recommended he send the horse to Alexa Lapp, a former student who moved on to work with top-level eventing competitor Jennie Brannigan. Then a teenager, Lapp developed an immediate rapport with Adirondack King. The initial plan was for Lapp and Brannigan to work with the gelding to the point where he would be a suitable mount for Newell.
“I’m a beginner novice-type rider, and he advanced so quickly it was clear he was going to be much better than that,” Newell said. “Seven years of training as a racehorse – which he loved – took a long time to peel away. It wasn’t an issue of jumping, it was just that he was going to race to every jump. It took a long time to get him to relax.
“Each year, Jennie figures him out a little bit more. Alexa understands what he wants; they’ve gained trust, and it’s amazing. He’s loved at the barn because he’s a real character. He’s an attention-seeker who loves everybody. He’s got an amazing personality, and everyone in Jennie’s world knows Larry.”
Lapp and Adirondack King now compete at the preliminary level, and Brannigan is confident the horse can advance to intermediate.
“One of the most helpful things about retraining a racehorse is to know how they were trained at the track,” Lapp said. “I’m lucky because I work under Jennie Brannigan, who spent years galloping racehorses. She helped me a lot. It took time to get him to trust me, but he was always a great jumper which made the transition easy. He wasn’t the biggest fan of dressage, but has compromised now that he understands he gets to jump afterward. I admire the horse for how athletic and stoic he is. He is the best cross-country horse; he’s brave, careful and obviously easy to go fast on. He makes my job easy.”
In late August, owner/breeder Pavla Nygaard called Brannigan about a potential mount for 14-year-old daughter Keira in the Real Rider Cup charity show-jumping event at Fair Hill, Md.
“Alexa immediately suggested that Larry try it. We had no idea what was going to happen or how he would react to it,” Newell said. “Keira Nygaard was on him for 30 minutes before going into the ring, and he went in and performed magnificently. The smile on Keira’s face afterward is something I’ll never forget. Aftercare is so important to us, so for him to be in the Real Rider Cup, it was a dream to me. It brought tears to my eyes.”
Servis knows the feeling. Newell keeps him updated with videos, and the trainer enjoys every minute. After nearly seven years of caring for the horse every day, the connection remains deep.
“It’s wonderful what Adirondack King did, but in many ways he’s no different than the horse I bred who won $1,000,” Newell said. “But here they are having successful second careers, and how cool is that? These are talented athletes, and it’s just about finding the niche that works for them. Do that, and they will give you their heart and soul.”