His name makes him sound as though he should be exploding out of a chute with a cowboy strapped aboard for an eight-second ride. It conjures images of rawhide, spurs and Skoal rings–not Palm Beach, Saratoga and the Jersey Shore. But that’s exactly where Skullbuster’s story went. 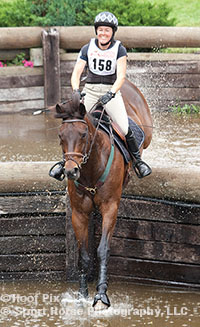 Ruxton, Md., resident Richard Palmer bred and raced the son of Shadeed and the Gentle King mare Benign Begum. Originally from Kansas City, Palmer moved to Long Island with his parents before his senior year in high school, went to Saratoga the following summer, and was hooked on Thoroughbred racing from that point. Colgate University and work in Manhattan came next. Later relocating to the Baltimore area and pursuing a career in investments, Palmer gravitated toward Pimlico, where he met track owner Nathan Cohen, who encouraged the young man to buy a runner and get in the game.

“In 1972 I was 28 and I had no money–but Nathan Cohen talked me into it. My former wife liked to ride and said ‘Let’s go ahead and do this.’ Chick Lang recommended John J. Tammaro Sr. so I called him and he asked me if I knew anything about horse racing; I told him I did. I arranged to meet him at Laurel the next day, and I asked how I’d recognize him. And he said ‘I thought you said you knew horse racing?’ ”

Palmer and Tammaro struck up not just a successful owner/trainer partnership but an enduring friendship as well. Two years after his first purchase, Palmer, on Tammaro’s recommendation, claimed Billy Come Lately who would go on to win the 1974 Massachusetts Stakes-G2 (now the Massachusetts Handicap) and finish second to Forego in the Brooklyn Handicap-G1 three weeks later.

Benign Begum became part of the stable via a claim, and later joined Palmer’s breeding program. When she foaled a colt in Kentucky on April 26, 1993, Palmer already knew which name would be submitted to The Jockey Club. “The horse’s name came from my close friend Ned Dukehart. We were visiting him in Palm Beach and we were going to go sailing. We get out of the car and Ned thrusts a Bloody Mary in my wife’s hand. My wife drinks wine but not hard liquor. So she said ‘Ned, how much vodka is in this drink?’ He said ‘Well there’s some, but it’s no skullbuster.’ I thought that was very funny and used that to name the horse.”

Skullbuster demonstrated an affinity for the grass at 2, breaking his maiden at Ellis Park. After Gulfstream Park’s Mac Diarmida Stakes in January 1996, Mike Smith dismounted and immediately told Tammaro and Palmer to nominate for the Triple Crown, declaring him “a mile-and-a-quarter horse.” Tammaro switched back to the dirt for an allowance race with jockey Robbie Davis in late February. Eleven days later, Davis gave up the mount on Will’s Way to stay on Skullbuster, who bled and bowed a tendon as Will’s Way won by 3 1/2 lengths. Skullbuster went to the sidelines and wouldn’t start for nearly two years. Will’s Way went on to win the Grade 1 Travers Stakes that summer and the Grade 1 Whitney the following year.

Returning to the races as a 5-year-old in 1998, Skullbuster went the Florida-to-Kentucky route, picking up minor checks in mid-level allowances. But his finest hour–and, by his own admission, Palmer’s–came that summer at Saratoga. Running for a $60,000 tag, Skullbuster left the gate at 70-1 going 1 1/8 miles on the inner turf. Tammaro had fallen ill early in the day and was transported to Saratoga Hospital, leaving Palmer to give instructions to Robby Albarado.

“I told John I was coming with him but he said ‘No, stay back and tell Albarado how to ride this horse.’ I said I didn’t care about the horse and was just worried about him. So I told Robby he was a one-run horse; I really didn’t expect much. He came from way out of it and won, and I was just thrilled, we even withstood an objection. He paid $142 to win. And you know, that was the highest pari-mutuel of the entire meet that year.”

Skullbuster made headlines for another reason that day. The win was Albarado’s first of the meet, coming about six weeks after he’d had surgery for a fractured skull suffered at Churchill Downs.

Skullbuster ran only twice in 1999 but then came back for a 2000 campaign. His last win came that summer at Monmouth Park. “My whole family went and we were up in the Parterre boxes,” Palmer began. “My wife Susan was down watching from track level. I really thought the horse got beat, and so did my brother. But the guy in the box next to us said ‘Get the elevator and get down to the winner’s circle–you won!’ Susan said to John Tammaro, ‘Oh, we just got beat.’ And John said ‘No we didn’t, we won.’ Susan told him ‘No John, we didn’t.’ He turned to her and said, “You know, I HAVE seen a few of these before.”

Retiring a few months later, Skullbuster filled his page with a record of 34-5-3-5 and $140,203 earned. Tammaro, who always had a pipeline to good homes for his retirees, sent the 7-year-old gelding on to the next phase of his life. Palmer wouldn’t hear about the horse for years, until the day he was contacted by a stranger from Massachusetts who informed him that her combined training instructor had a horse he had bred named Skullbuster.

Denise Goyea has had “Skully” since late 2007 when she bought the 14-year-old from a veterinary student named Miki Keto. Both had been working students for well-known three-day-event rider and trainer Denny Emerson; Keto needed to sell the horse and enlisted Goyea’s help. A successful competitor and instructor herself, Goyea and her business partner operate 134-acre Scarlet Hill Farm in Groton, Mass., northwest of Boston. She took Skullbuster home but quickly discovered that a few of his quirks were so overwhelming that she wasn’t willing to stake her reputation on him.

“If you try to load him on a trailer, he has this really unique ability to turn his body–no matter if you’re using a longe line, chain shank, whatever–and put his whole shoulder, neck and body into it and pull it out of your hand, and he is GONE,” Goyea said. “He would do that to me on a regular basis. He’d run off and jump back into his paddock or a friend’s paddock, and then you couldn’t catch him for ages.”

Goyea’s first encounter with Skullbuster literally occurred in the pre-dawn darkness at Emerson’s farm one morning as he came blasting out of the woods, lead shank flying behind. Keto, attempting to load him on the trailer for a show, had fallen victim to his trademark move.

Despite the antics, Goyea soon discovered Skullbuster’s ability over fences really made up for all the foolishness. She began riding and competing him. “And I found that I loved doing that. He’ll jump anything you point him at, always has great distances and is unbelievably brave.”

Her students sold raffle tickets to raise funds to help her buy the horse from Keto, and he’s been with Goyea ever since. He has competed in combined training events from Maine to Florida, going as far as preliminary level with Goyea. But it’s what he’s done for others that makes him so remarkable. While she has always owned the horse, she has leased him to eight students over the years.

“Skully has introduced so many people to eventing. It’s an awesome steppingstone for some of the horses that are coming off the track. I just think it’s an excellent second career for them and they are so suitable for what we do. He packed one of my students around at her first preliminary event. Right now he’s teaching a mother of two who will hopefully go on and do her first novice event on him this spring. This fall he was still jumping 3’6” to 3’9” courses.”

Skullbuster spends his days turned out with a young Thoroughbred but then comes in at night. The two horses spend most of their time outdoors on their hind legs, tearing at each other’s blankets and wheeling around like wild men.

While Goyea does plan to dial back Skullbuster’s competitive schedule a notch or two, she’ll keep him training and competing for as long as he seems happy. So far, the 21-year-old gelding has shown no signs of slowing down.
“He just keeps going–he’s an iron man.”