It’s an oft-heard reaction when visitors walk into Peter and Amy Fenwick’s home and see the Foxhall Farm Cup towering like a behemoth in the center of their formal dining table.

It’s also the name of the horse who helped Peter, daughter Daisy and son Tommy bring the historic trophy to their Glyndon, Md., farm this past March.

And it was pretty much Amy Fenwick’s first thought when trainer Ann Merryman made the, “Have I got a horse for you. . .” phone call a few months after the chestnut gelding made his last start in 2006. 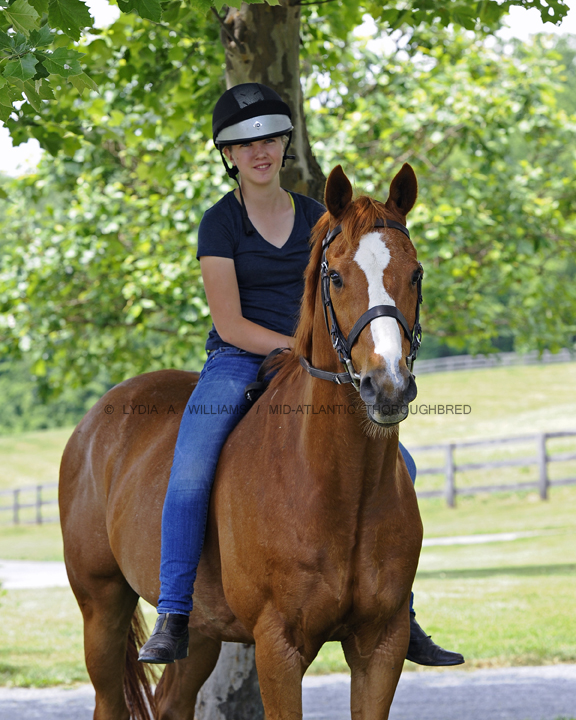 “When she called me about My Lord,” Amy said, “I answered the phone and said ‘Ann, unless you’re calling to tell me I won the Lotto, I’m hanging up. I do not want a horse off the racetrack. We are fine.’ ”

But like the rest of the Thoroughbred community in Maryland, the Fenwicks are well acquainted with Merryman’s penchant for pairing retired runners with ideal partners. So even though they weren’t in the market, they made the short trek to Merryman’s farm.

“Peter got on him for two minutes, popped him over a couple logs and said ‘Oh yeah, we’re taking this horse.’ ” 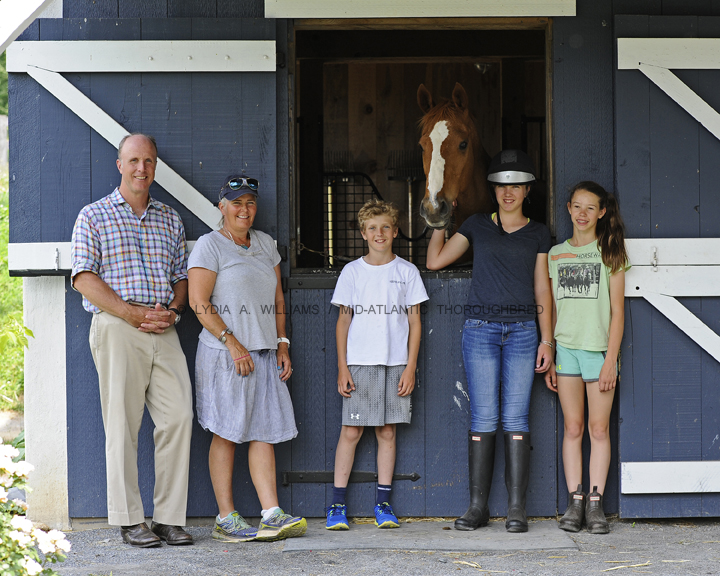 Bred by Patricia Youngman and foaled in California in 1999, My Lord (Lord Carson—Love of Our Life, by Vice Regent) never raced on the West Coast, making all 38 starts at tracks east of the Mississippi. He began his career as a 3-year-old in January 2002 for On The Run Farm and trainer Rodney Jenkins. They thought enough of him to keep him out of the claiming ranks for the first 21 months of his career. He repaid them by winning three races.

When entered for a tag for the first time in October 2003, Michael Pino dropped the $25,000 slip for owner Maggi Moss. My Lord then spent the winter of 2004 at Fair Grounds in New Orleans. Claimed out of a win there by Gamaliel Vazquez for Michael Gill, the horse returned to Pimlico that May, running a lackluster 11th (and last) behind winner Mr O’Brien (Ire)–and a field that included Better Talk Now, Wando and Silver Tree–in the Dixie-G2 on the Preakness undercard.

Sent next to Colonial Downs and a 5-furlong claiming race, My Lord got a win and yet another new barn when Merryman paid the $25,000 tag for owner David Ross. Merryman took him to her farm, The Orebanks, in Sparks, Md., and put him on the shelf for 11 months.

“I thought the horse had always been trained like a claimer,” Merryman said, “and he held the track record at Fair Grounds. I felt like if we gave him the time and started him over again, he was a good horse. It was pretty amazing when you looked it up and saw that he had the five-eighths record.”

Fittingly, My Lord enjoyed his finest hour with Ross and Merryman. Back on the Preakness undercard in 2006, the 7-year-old won the Baltimore Breeders’ Cup Turf Sprint. Swinging wide in upper stretch, he closed under Rosie Napravnik (then still an apprentice) and won by three-quarters of a length. It was a wildly popular win in front of the huge hometown crowd.

Two starts later, after a win going long at Colonial Downs, Ross and Merryman decided My Lord had done enough. With a record of 38-10-6-6 and earnings of $270,725, he returned to The Orebanks to decompress while his trainer began brainstorming about his retirement. 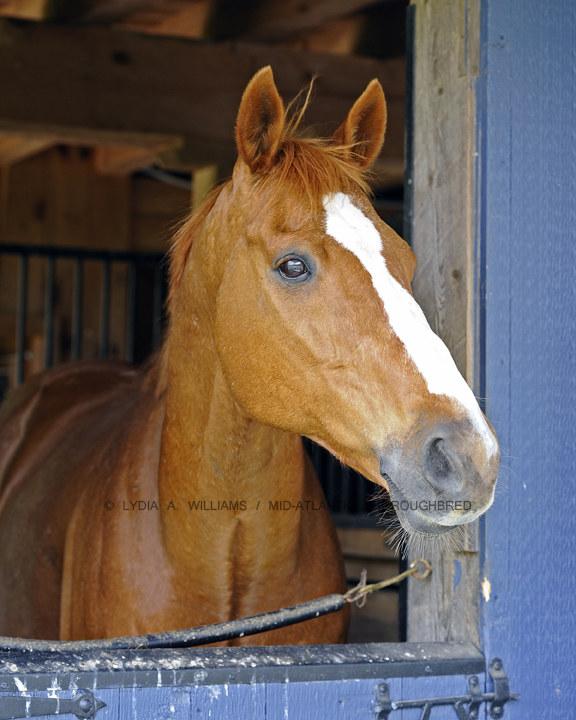 “I call horses like him end-user horses because I want them to go straight to the home that they’ll have for life,” she said. “You would have a hard time not loving this horse. From moment one he was just a special horse.”

She’ll get no argument from the Fenwicks. My Lord fit in, and that alone made him worth his weight in oats. As director of the Green Spring Valley Hounds pony camp each summer, Amy is responsible for arranging not only the instruction and activities for 40 participants, but is also often called upon to provide mounts for campers as well as guest instructors. Every summer, My Lord is pressed into service.

“I have amazing volunteers,” she began. “All the jump riders come and help. We’ve had Willie Dowling, Mark Beecher, Fritz Boniface, Joe and Blythe Davies, Jack Fisher, Billy Meister, Liz McKnight. One year we had seven Maryland Hunt Cup winners teach. But the jockeys never have a horse, so I end up taking all my horses over there for them to ride. My Lord has been ridden by several people at camp. He just does whatever you want him to do and he excels at it. And he’s lovely?–?he barely touches the ground and is an amazing jumper.”

One of the most popular camp adventures in recent years was a midnight moonlight ride led by Hunt Cup winner James Stierhoff.

“We knew there would be a full moon, so Peter and I went out earlier in the day and whitewashed all of the fences over in Frank Bonsal’s bottom field. James rode My Lord, and the kids loved it.”

Peter lends his mount whenever needed; daughter Daisy has whipped off him with the Mount Carmel Hounds, and Amy exercises him regularly. But there’s no question My Lord is this gentleman’s hunter. “Oh he’s mine,” Fenwick grins when asked who claims the gelding as their own.

“I always say to Peter, ‘This horse is so nice–he’s wasted on you,’ ” Amy joked.

The victory in the Foxhall Team Chase was meaningful not only because the cup remained with the Green Spring club, but even more so because it was an achievement shared by Peter and his children.

“It’s a real family affair over there,” Merryman said. “Peter and Amy are amazing horsemen who have developed their kids into really lovely riders.”

And serving as custodians of a celebrated piece of silver valued at more than $175,000 isn’t such a tough task, either.

“We have a post-race party in the top of our barn after the Grand National every year, and I’m always trying to find something special to use as a huge centerpiece,” Amy explained. “So this year I just put that on the table.”

My Lord, how cool.