Kathi Guenther led an animated Trueamericanspirit out of the barn at Tom Swales’ Tee-N-Jay Farm in Monroe Township, N.J., on a Sunday morning in September. The 15-year-old gray gelding has posed for a few photos in his day. Swales’ homebred son of Is It True and the Silver Ghost mare Ms. Misery is a multiple stakes winner of more than $500,000. 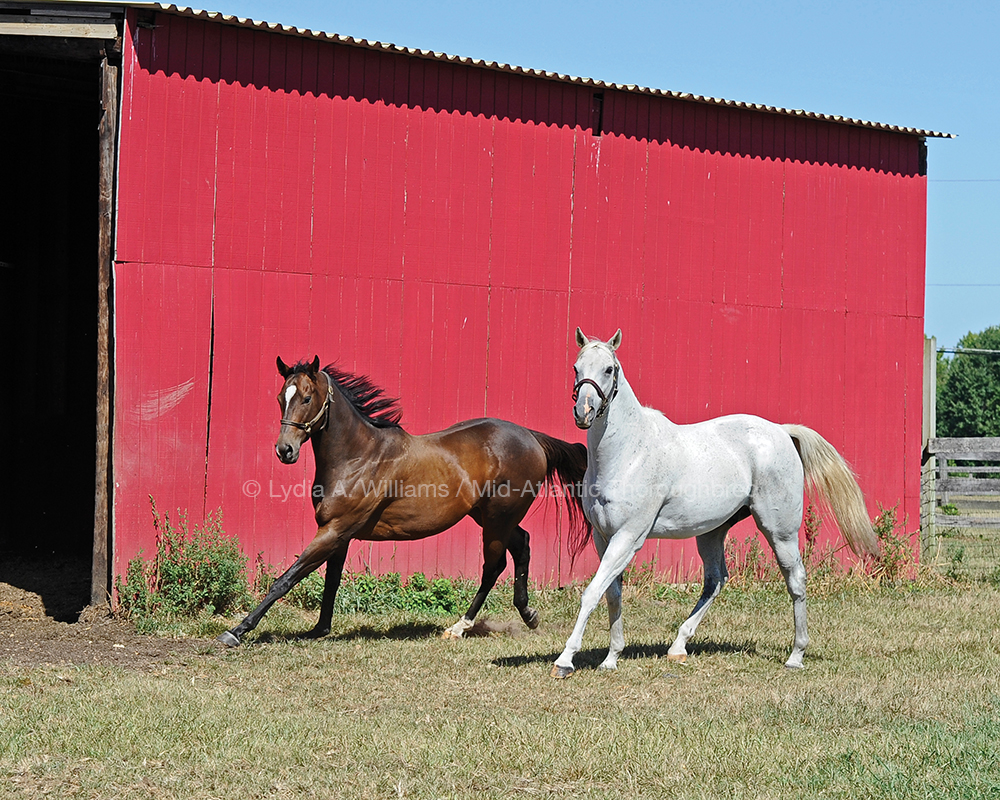 He’s now one of only four horses on the 125-acre property that has been in the Swales family since the 1960s. The barns–large, cinder block fortresses–were put up in the 1970s.

“My grandfather and his brother owned a cinder block plant in Edison,” Swales said. “They both loved horses, so they bought a couple and actually kept them in the block plant. Finally they found this property and built the farm.”

Originally consigned to the Fasig-Tipton Eastern Fall Yearling Sale in 2001, he came back home as an RNA after being hammered down at $18,000. Sent to the Monmouth Park barn of trainer Tim Hills, Trueamericanspirit started his career with a win July 5, 2002, and became a fixture at the New Jersey and New York tracks until his final race Dec. 1, 2009.

Along the way came several New Jersey-bred stakes victories, including the John J. Reilly and Bill Wheeler handicaps as well as two renewals of the Lincroft Handicap.

Early on, though, Swales lost the gelding at the claim box to Gary Contessa for owner Maggi Moss at the beginning of his 3-year-old season.

“We took a shot and got caught,” Tim Hills said. Within a few months, however, he was back in Hills’ barn bearing the Tee-N-Jay colors. 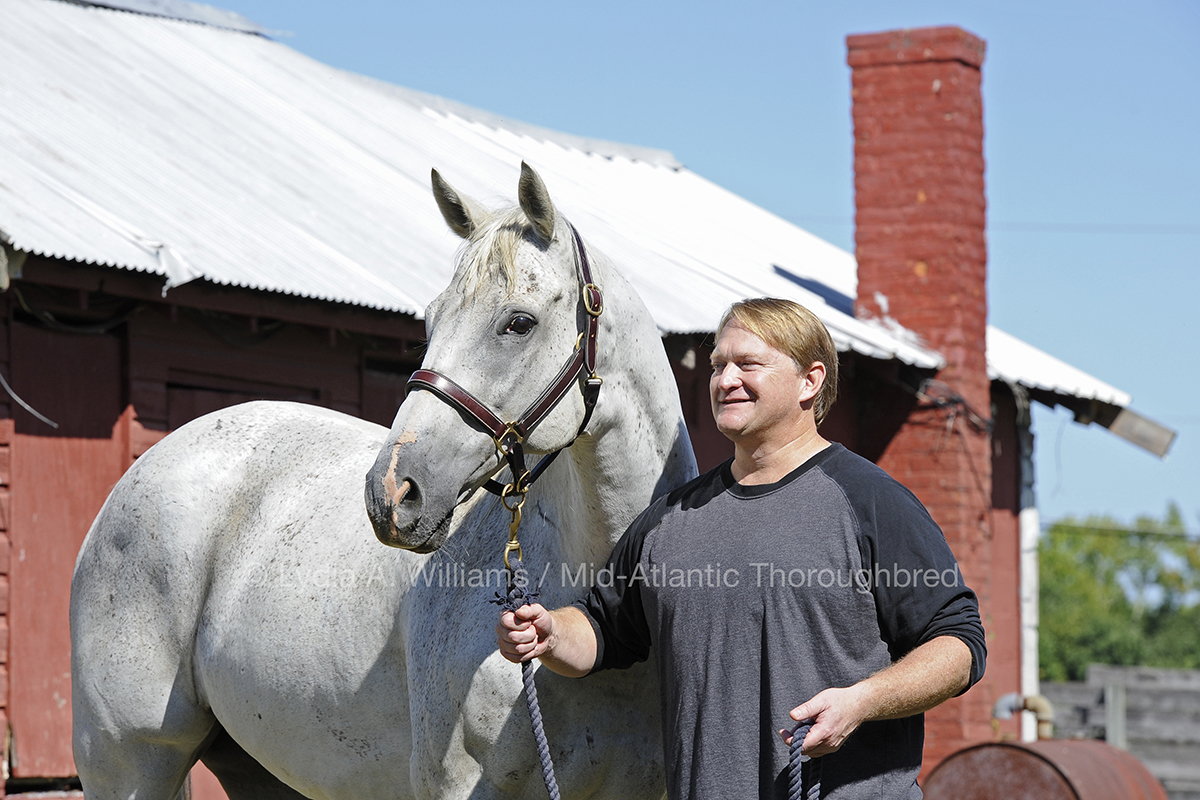 “Gary Contessa contacted us and wanted to know if we wanted to buy him back,” Hills said. “He was OK, but he wasn’t really fitting what they wanted, and at that time Gary was strictly in New York. Gary felt like it was better to shuttle him back to us rather than campaign him up there where there weren’t really any good races for him.”

Swales and Hills found plenty of opportunities for Trueamericanspirit back in New Jersey. The trainer described him as a game, lay-his-body-down type who was always serious about his work.

“He was a cool horse; businesslike and a real professional. Whenever I rode him, I’d never take him with the pony. He was one of those kind of horses that every time he ran he gave you all he had, 110 percent. He had a pretty good closing kick going long, more the kind of horse that would be grinding, grinding, coming at you. He wasn’t flashy where he would pull off to win and show a big acceleration, but if he was in a dogfight, he was the bravest horse in that fight.” 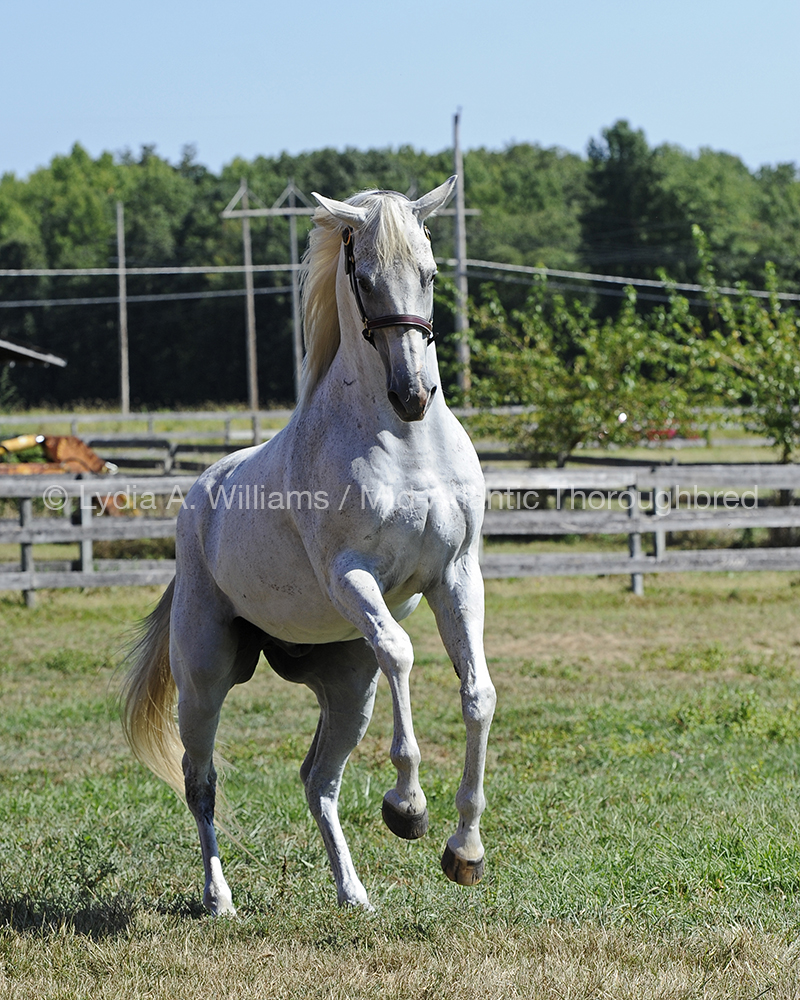 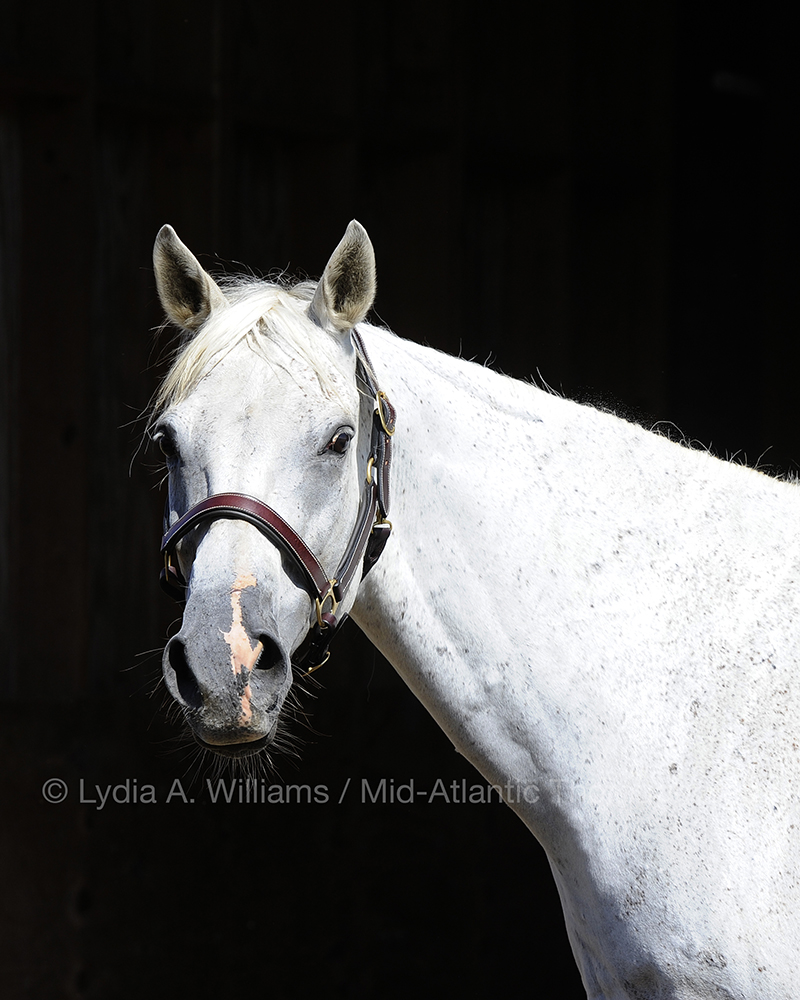 That proved true every time Swales and Hills tried to give the gelding some downtime. Prone to colic whenever he returned to the farm for a break, Trueamericanspirit worried his owner, who wondered how the horse would adjust when his career ended. That day came at the end of his 9-year-old season.

His 67 lifetime starts yielded stats of 11-12-13 and $551,635 earned. The original plan had him returning to Monmouth as Hills’ barn pony, but seven years as a racehorse proved too big an obstacle to overcome. He was never able to relax and settle into the role.

“He was always fidgety on the track; he wouldn’t just hang out,” Hills said. “He wanted to get out there and mix it up. He was what I would call a racetracker. It was almost like the grooms were his buddies. He always had his head out, watching what was going on in the shedrow.”

Trueamericanspirit instead spent a few years with Elaine McMinn, a woman Swales and Hills knew from Monmouth who trained him in dressage and jumping. When she relocated to Florida and couldn’t take the horse with her, he returned to Tee-N-Jay for good.

These days, his constant companion is Trueamericanpride, a 7-year-old With Distinction gelding Swales bought at an OBS sale in 2010. A big, commanding bay, he and Trueamericanspirit are not related.

“I was trying to catch lightning in a jar again,” Swales joked, “but it didn’t happen. He broke his maiden but that was it.” 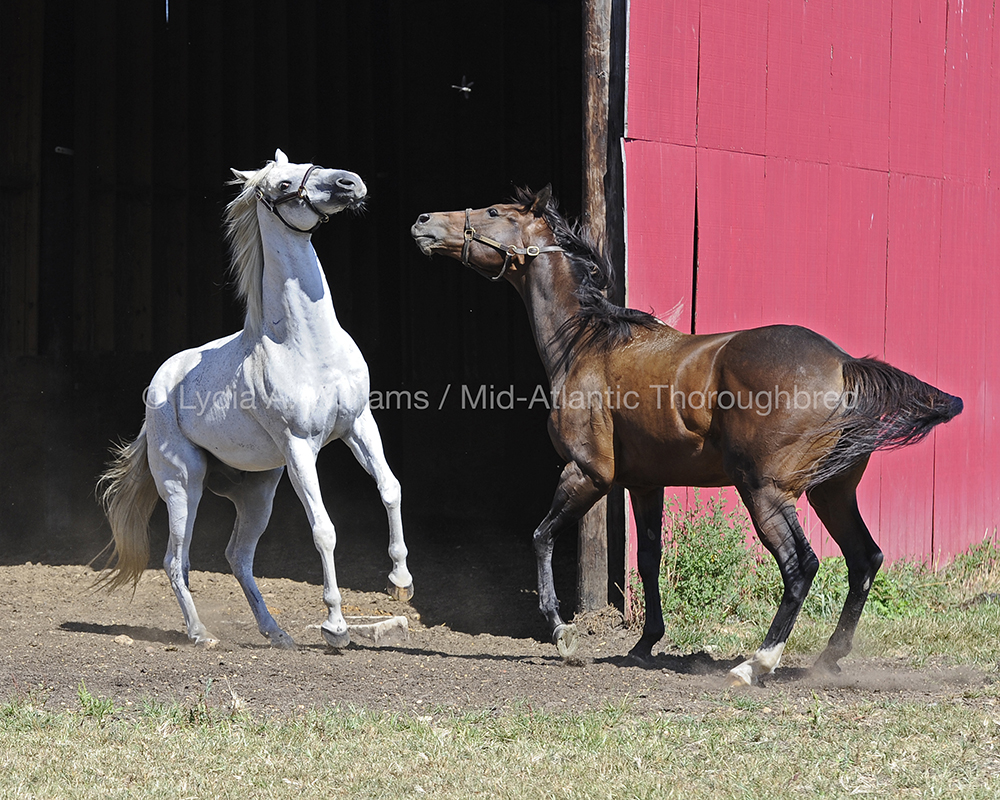 They share the property, overseen by Guenther, with 30-year-old Private Venture (Private Account—Always and Always, by One for All) and recently gelded 18-year-old Deputy Warlock (Silver Deputy—Date Stone, by Forty Niner). Both spent their stud careers at Tee-N-Jay.

Winner of the Cradle and Hawthorne Juvenile stakes at 2, Deputy Warlock finished 10th behind Fusaichi Pegasus in the 2000 Kentucky Derby. Crossing the wire behind him that day were future sires Trippi, Exchange Rate, High Yield, Commendable and Graeme Hall.

Each retired stallion has a large paddock and run-in shed. But the two “Americans” prefer each other’s company and are virtually inseparable. They share the largest turnout area, with plenty of room for tearing around and rough-housing like yearlings.

“Trueamericanspirit meant so much to me and my family that the only thing that was important to me was giving him a safe home to live out his life,” Swales said. “I wish he could have had a second life, doing something–whatever that might have been. It just didn’t work out for him. But I always said he’d have a home here no matter what. He didn’t fail me, and I wasn’t going to fail him. And he’s very happy. I’ve always said my horses have better lives than I do.” 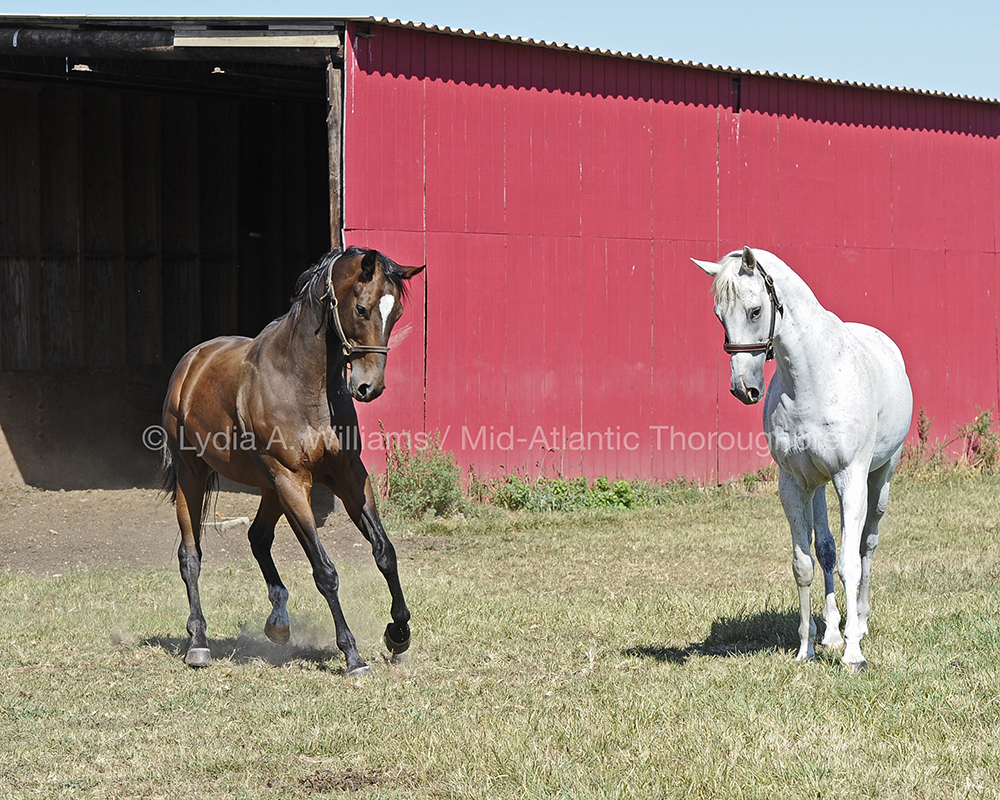