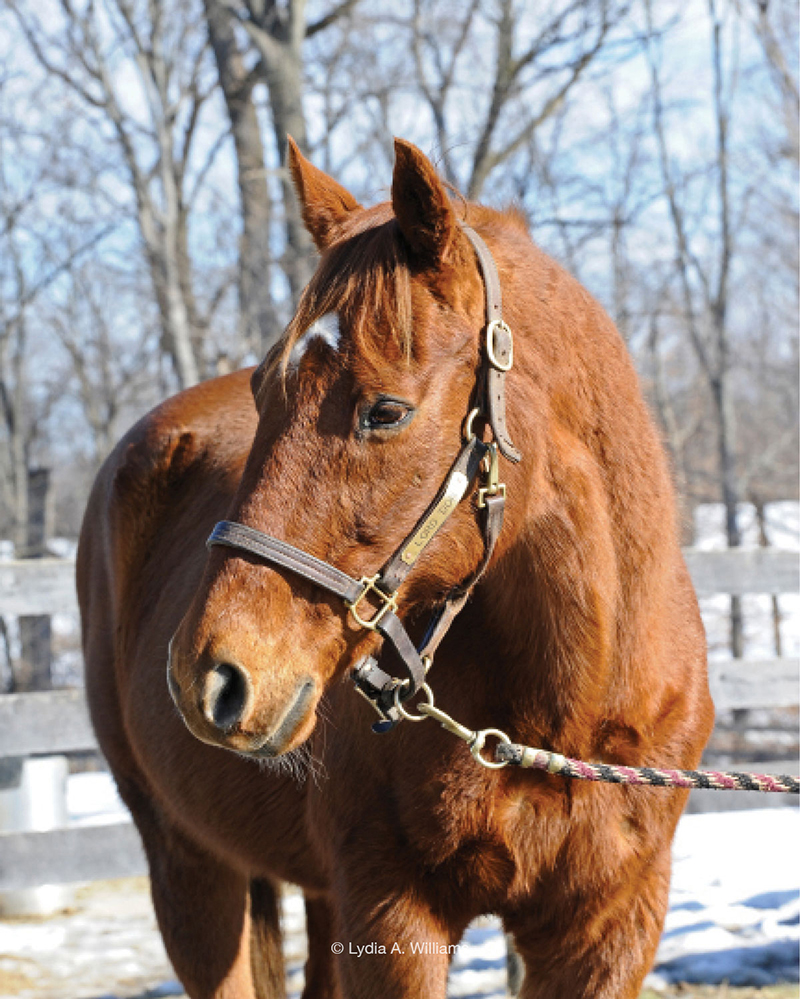 When MidAtlantic Horse Rescue moved into its permanent headquarters at Greener Pastures Farm in 2013, co-founders Bev Strauss and Ginny Suarez became stewards of not only the property, but three elderly Thoroughbreds.

The 160-acre tract along the banks of the Sassafras River in Warwick, Md., was designated an equine sanctuary upon the passing of owner Doris Ware. A close friend of Suarez’s grandmother Allaire duPont, Ware stipulated in her will that those senior residents remain on the farm and receive care for the duration of their lives.

Strauss and Suarez, both former trainers with extensive backgrounds in eventing, showing and foxhunting, had been rescuing retired racehorses from kill pens for more than 20 years when Greener Pastures became available.

“We originally went to see the farm in 2003, but back then we were just getting going and we didn’t have the ability to manage a large farm,” Strauss said. “When we took over three years ago, we inherited the horses on the farm, and one of them was Lord Don.”

Strauss didn’t know a great deal about him, other than that he was in his 20s and had an anonymous benefactor who paid for his upkeep each month. As she and Suarez spent time refurbishing the facility with new fences, sheds and barns, they came to know Lord Don as a kind and gentle soul always happy for attention.

“It was funny. Right after we moved in,” Strauss said, “[Maryland Jockey Club director of racing] Georganne Hale drove up to bring us some supplies. She was in the car and I said something about Don, and she said ‘Is that Lord Don? He was so tough when he was running!’?”

That’s an accurate–albeit modest–assessment. Bred in Florida by Big “C” Farm, Lord Don is by 1980 champion 2-year-old male Lord Avie, the multiple Grade 1 stakes winner of more than $700,000. Lord Don’s dam, the unraced Stately Don mare Stately Pleasure, produced only one other foal. Lord Don began his career as a 2-year-old at Calder in September 1995 for owner Robert Caporella and trainer George Gianos.

Claimed out of his maiden win at Monmouth in June 1996, he made a steady trek through Meadowlands, Suffolk Downs, Rockingham Park, Aqueduct, Saratoga and Maryland over the next eight years, winning at distances from 5 to 9 furlongs, and just missing in a minor stakes at Suffolk. After stints in the care of Raymond Dweck and John Kelly III, he spent the last four seasons of his career in the Pimlico barn of Holly Robinson for long-time owners Lou and Fran Raffetto of Daria Stable.

“We loved him, and he had the perfect owners,” Robinson said. “He was a tough bird but could be a character; a real clown.” 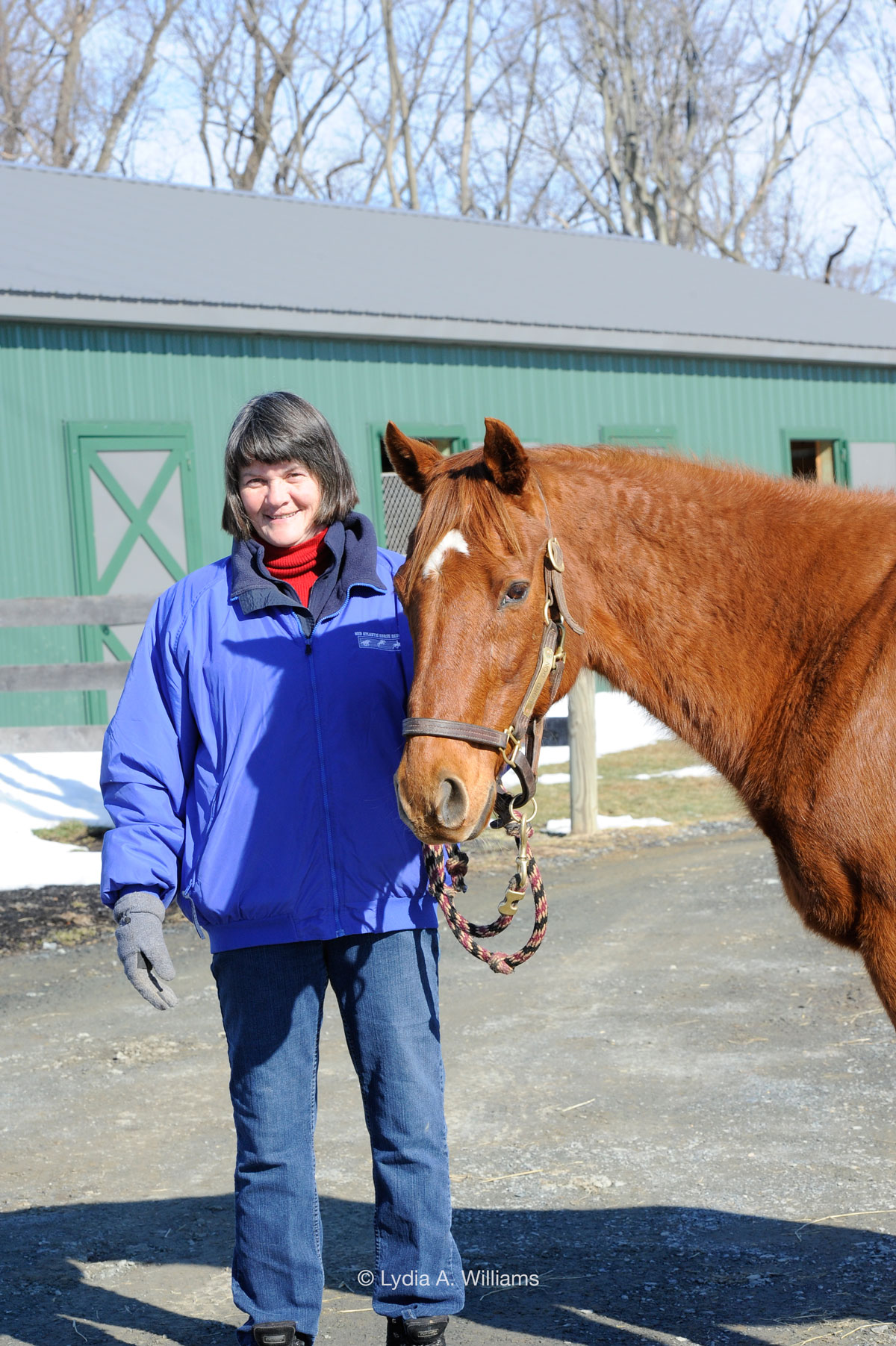 On June 13, 2004, Robinson’s 11-year-old barn favorite entered the gate at Colonial Downs in Virginia for his 95th and final start. Facing 13 rivals in a 5-furlong dash on the grass, Lord Don and Ryan Fogelsonger “rallied” to finish third, less than a length behind the winner, a horse appropriately named Magic Ending. Lord Don headed to greener pastures in northeastern Maryland–literally–with a record of 10-21-10 and $239,575 in the bank.

Greener Pastures Farm had been run by various animal rescue organizations before MidAtlantic Horse Rescue–which focuses its efforts entirely on Thorough­breds–took over in 2013. The non-profit has saved more than 1,000 horses since its inception. Lord Don is one of only four permanent residents.

The most recent addition to the herd is a 28-year-old Virginia-bred mare Strauss pulled from a kill pen in December.

“She’s the sweetest thing, but she was in very poor condition. We’ve got her on a good feed regimen and she’s no longer sick. We don’t take many sanctuary horses but I saw her and thought ‘That old girl does not need to end up in Mexico.’ ”

As the new mare’s strength and general health improve, she’ll eventually be turned out with Lord Don. Round, shiny and happy, the 23-year-old chestnut gelding goes into the barn every day for an extra meal of senior feed but is otherwise low-maintenance and completely healthy. Strauss gives credit to Maryland veterinarian Dr. Brooke Bowman, who has looked after Lord Don throughout his retirement.

“Don’s just a good guy and he’s living the life now,” Strauss said. “He doesn’t want to bother anybody, so it’s funny to hear people say how tough he was when he was running. It’s so neat to see a horse who has given so much to be so well cared for. He’s just a gem now.”

Strauss talked about MidAtlantic Horse Rescue’s plan to initiate a veterans’ curriculum in the fashion of the highly successful Saratoga War Horse program.

“I know that our retirees would like to have something to do because they still have so much to offer even though they are not rideable.

“We’d want to do it the right way, to make sure it’s well planned and well thought out. That is such an awesome program, so inspiring. It just would be a really neat thing. They would enjoy it, we would enjoy it. So I see that in Don’s future.” 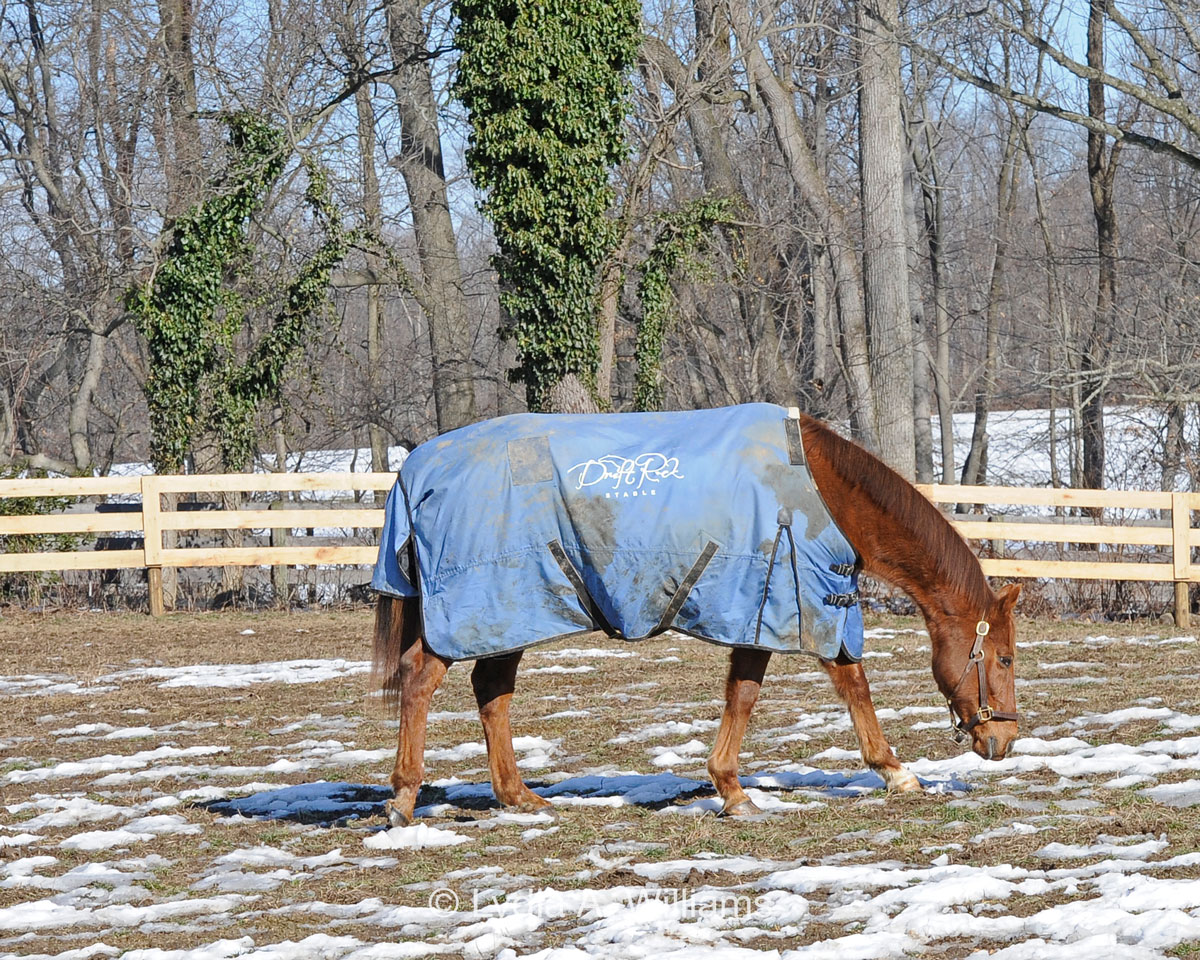