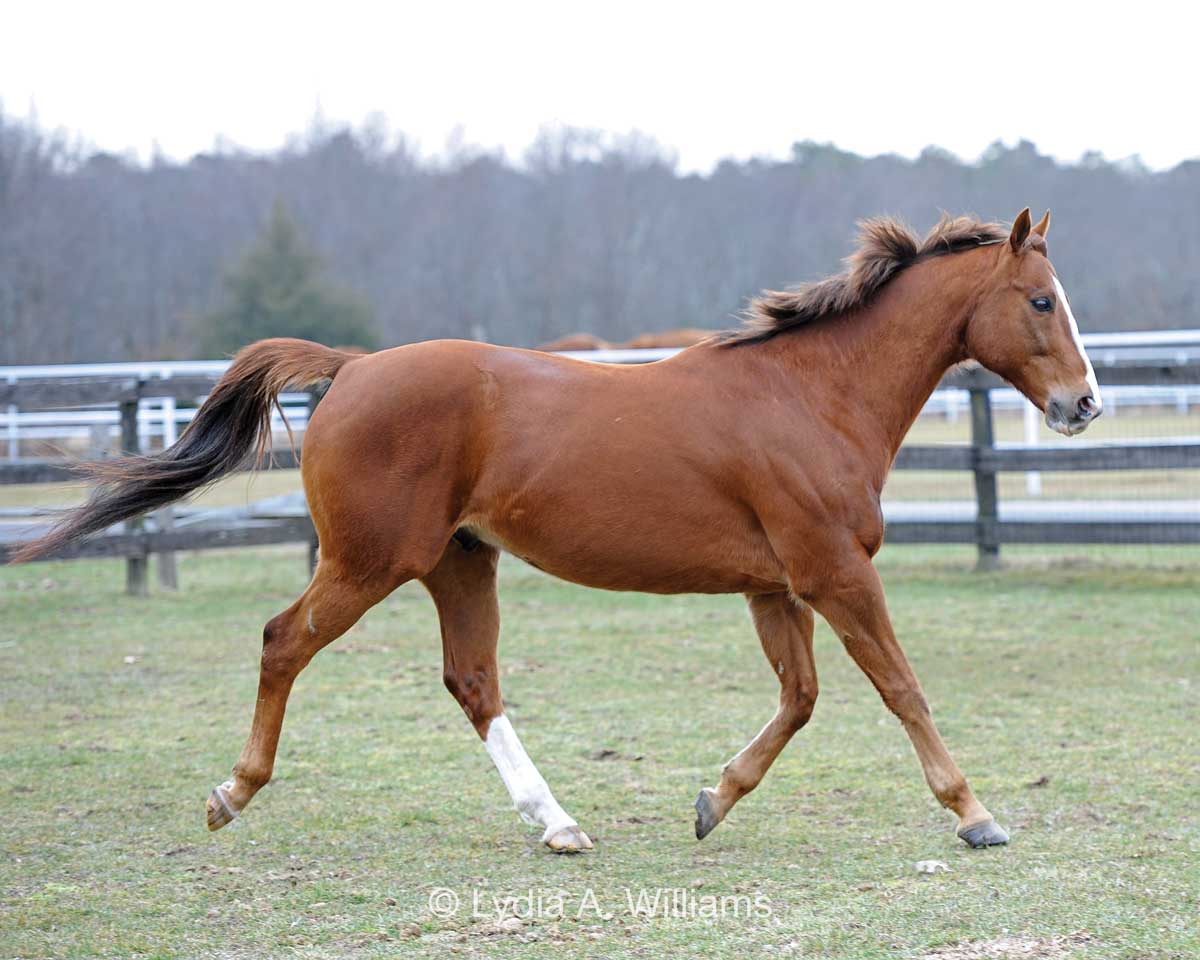 Ten years ago, trainer Mike Trombetta was riding a wave. He and owner Joseph Balsamo were heading to Churchill Downs with Sweetnorthernsaint, one of the early favorites for Kentucky Derby 132.

Third in Aqueduct’s Gotham Stakes-G3 that March, he trekked to Hawthorne three weeks later and won the Illinois Derby-G2. By the time Trombetta shipped out of his Laurel Park barn, Sweetnorthernsaint, along with eventual winner Barbaro, was widely considered one of the colts to beat in Louisville.

But Trombetta knew one of the key components on the van that day was Sweetnorthernsaint’s training partner, a fireplug of a colt named Fleet Valid. Also owned by Balsamo, the chestnut son of Montbrook “could really, really, really run,” according to his trainer.

On his own, Sweetnorthernsaint tended to loaf in his workouts. Trombetta was taking no chances.

“I took Fleet Valid out there specifically to be Sweetnorthernsaint’s workmate because I didn’t want the headache of not getting the right kind of work in him,” Trombetta said. “It was funny because when we showed up people thought he was the pony. But I worked them three-quarters the week before the race and they went in 1:11 and change. They were on the cover of the Daily Racing Form that day.”

The Florida-bred out of the Valid Appeal mare Di’s Song got his own shot on Derby Day. Well-meant in a first-level allowance, he withstood a brutal trip and still ended up third under Ramon Dominguez.

“He stumbled out of the gate, run up on heels, run up on traffic. Ramon came back apologizing. His words were ‘This was as bad as it gets.’ He felt terrible that the horse got beat that day; he should have won.”

Two weeks later in Baltimore, Fleet Valid and Dominguez found vindication?–and the Pimlico winner’s circle–after a 3¾-length score in an allowance sprint on the Preakness undercard.

A knee chip surfaced not long after that race, and Fleet Valid was benched for nine months. He returned with a win at Gulfstream Park and was productive for Trombetta and Balsamo throughout 2007. Claimed that Dec. 30 at Aqueduct for $50,000 by Mitch Friedman for Blue Devil Racing, Fleet Valid spent the next 16 months in and out of New York claiming barns before Scott Volk picked him up for $14,000 on April 2, 2009.

Then 6, Fleet Valid reeled off four consecutive wins for new owner Shillelagh Racing Stables, including Monmouth Park’s Teddy Drone and Icecapade Stakes. In his final start, the Frank J. De Francis Memorial Dash-G1 at Laurel Park, he was a close third behind Vineyard Haven and Ravalo.

Sent originally to Thoroughbred adoption agency ReRun, Fleet Valid progressed to Second Call Thoroughbred Adoption and Placement, a dedicated program for New Jersey racehorses founded in 2012. Listed on their website as “Truly one of a kind,” the gelding makes his home with Second Call board member Marilyn Haegele at her six-acre farmette in Shamong, N.J.

“We [Second Call] took him because we had a real soft spot for him. He’s special in every way, isn’t he?” Haegele smiled.

Tireless in her efforts to promote the organization, Haegele spent weekends trailering Fleet Valid around for local events and appearances.

“I’ve seen kids shimmy up his legs and he just stands there. I had him at a car dealership once, and these kids found some brambles that they were feeding to him–and he ate them just to be polite. People even got to know him. I did a little blog for him for a while because he had a following. He’s so promotable and relatable.”

Haegele states that while his activities would be extremely limited due to chronic hoof issues, Fleet Valid would be adoptable “under the most perfect circumstances.”

“He’s got bad feet so it would have to be someone who’s fairly knowledgeable. They’d have to be really conscious of taking care of his feet,” she said. “Not really riding him so much but more of a companion animal; if we could find that kind of a setup for him we’d let him go.”

While that might be the case, her affection is so obvious that one wonders how or why he’d ever leave her care. Tales of his antics are profuse and comical.

Shortly after arriving at Haegele’s home, he was turned out to graze briefly while Haegele dashed into her house about 50 yards from the barn.

Upon her return, the horse was nowhere in sight. Suddenly in her peripheral vision she spotted two eyes peering at her from between the boards of her manure pit.

“I was running around going ‘Fleety! Fleety!’ He was just watching me and you could see him smiling. He was probably thinking ‘You idiot. . .’?”

Haegele recently had a young horse at the farm who became upset and agitated while having his feet trimmed. Wandering around in the open area just outside the barn, Fleet Valid heard the youngster’s panicked calls and sprang into action.

“He came running into the barn and stood right up against this horse until he calmed down. And then he walked way and left the barn.

“This horse generated so much goodwill. Kids that were afraid would ask ‘Can I touch him?’ and within minutes they’d be loving all over him. It does so much good. He’s an amazing, amazing animal.”